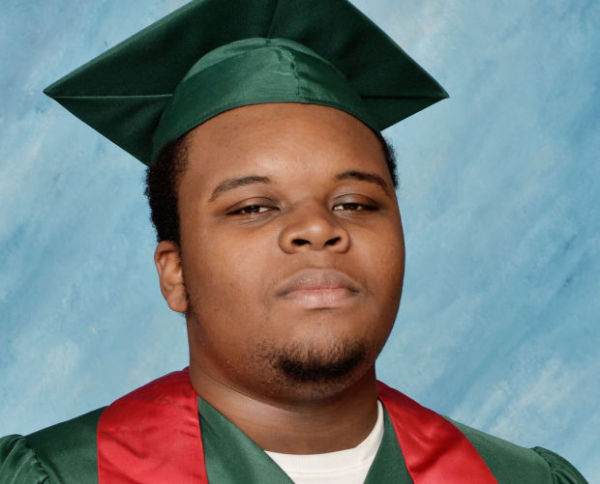 At the risk of alluding to a book selected by Baby Boomers as the perfect indoctrination in race guilt for their offspring, let me suggest that those of us pondering the situation in Ferguson, MO take a walk in the shoes of the man who lay dead on the street.

We were raised by those same Baby Boomers in a complex chain of political causes. We needed to have race guilt, so that we would have class guilt, so that we would support wealth transfer, so that equality could occur, and all of the above existed so that equality could guarantee neurotics the freedom from oversight. Equality leads to the idea of the vote, or that any decision you choose to make is right, which naturally extends to life itself, at which point your only foe are those who notice the consequences of those bad decisions. Equality is war against noticing consequences; race is one of its many weapons. And liberals see Mike Brown’s death as a “teachable moment” to further the propaganda.

But let us put aside all of that, because it is only us projecting our preconceptions onto the event, and look at the day from Mike Brown’s perspective.

He probably awoke that morning in a confused state of mind. Confused, because African-Americans inherit a complex cultural baggage. First, they know they were slaves; second, they know what while they are given subsidies and relativistic forgiveness of many things, most of the people in power have always been and remain white. For them, there is no real sense of nation in the United States, although they may have allegiance to a neighborhood or even their co-ethnics. This already sets the day off on a queasy, nervous and doubtful outlook.

But never mind. It’s not clear what else Mike Brown did that day, but at some point, he ended up high on (hopefully quality) marijuana and in need of some blunts to roll it up with. Now we look at the American double standard on marijuana: we hate it and want it out of our communities but cheer it on as a harmless rebellious act and applaud any black entertainer who smokes a lot of it. Why can’t we all be Snoop Dogg, Mike might have wondered. Either way, he is know stoned and paranoid in a public place, people are saying things he cannot understand, and he panics and does something stupid. We may not have all been exactly there, but I think most of us are familiar with being confused and having panic and then doing something we regret.

Keep in mind also that no two people have the same view of the world. We are influenced by who we are and what we are made of. Mike Brown was bigger than most of us, so his world was a physical one. He probably had an IQ somewhere between 90 and 105, so his world does not involve complex abstract logical relationships, more like tangible impacts. He also grew up in a neighborhood where strife, infidelity, drug use, crime and violence were natural to him like riding a Big Wheels down the street is for white kids. His view of what is and is not acceptable was changed as a result. Couple that with the fact that, owing to the weird dual status of African-Americans under diversity as both celebrated and reviled, plus the different ethnic identity of the police, he probably did not view rules and laws as fair but more as a chance for the predators to grab him, and probably attributed that to “racism” on their part.

Now cue the voices in his head. Media constantly tells him cops are racist, entertainment figures tell him the same, and he probably heard the same from his community. Surely there were nice old ladies who told him to keep his head down and make something of himself in the world, but anyone who has been a teenager knows how those voices pale in comparison to those of peers who offer something fun to do, like getting high and raising hell. We all had some variation of this. Mine was tamer than Mike Brown’s, but then again, I grew up among 120+ IQ people in a white suburb, so… not even the same world, really. I also had the benefit of perceiving myself as part of the group that built this nation and continued to rule it, and on whose values it was based. Well, until recently, but that is another story for another time.

So Mike Brown comes staggering out of the convenience store in a state of utter confusion. He got high, got confused, panicked and did something dumb, and now he is totally unsure of himself. Worse, he is now in the badlands territory of the enemy. He knows he is high and thus vulnerable because stoned people are sort of like large children. He is paranoid from the effects of the drug. He is also afraid because of years of racial divide, racial myth and racial enmity, and he believes that white cops are out to get the black kids. What else explains the ghetto? He doesn’t know and no one he knows knows either, so it’s assumed to be the pigs and the racists in government. Now we have a paranoid young man who is barely in control of his large body, and he is in a stage of utter mental disorder. Then the worst possible thing happens: he is hailed by authority, but even worse, one of them. The white cops who want to jail him for their racist plans are trying to talk to him, trying to get him on something. He panics again and we all know how it shakes out.

Over time I have come to the regretful conclusion that most human activity consists of denial so that we can hold on to whatever social positions we have as individuals. People do not like to look at the core issue but instead take sides that represent their interests. In the case of Mike Brown, two sides pop up immediately: those who want to pity him and use him to argue for more equality and less authority, and those who see him as a threat and want to use him to argue for less criminal activity. Both have truth to their statements, but they miss the real issue here.

The real issue here is that diversity does not work for anyone. By work, I mean function as a system of social order. Diversity makes us distrust each other. It strips away our identity, so we are always paranoid. We will never trust the cop of a different race because we perceive that he has an agenda against us. We will never feel good about living in a country where our people are not the dominant authority. This is not just hard-wired into our gut instinct, but it is also pure logic. People divide on differences, and wishing that away by saying “we are all one” has never worked. We need communities of our own. Diversity puts us into conflict and creates situations like the one that got Mike Brown killed. There may be no fully good guys, and no fully bad guys in this one, just another broken human system that betrays us for the convenience of those who want not to rock the boat.