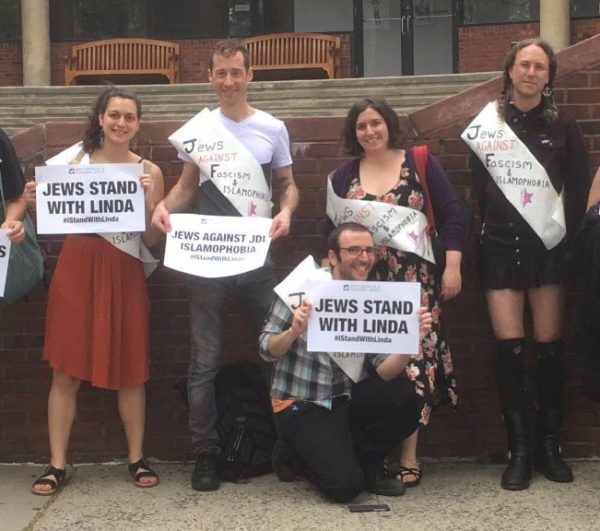 Another trope emerges: the notion that “Judeo-Christian” refers to Christians who have adopted Jewish values. This is not historically correct, nor linguistically sensible, although it may make a political trope of note.

We can see this by consulting a reputable source about the English language, namely the Oxford English Dictionary:

Note the definition of “Jewish” for this prefix, with the note that it forms combinations that imply (1) of Jewish origin and/or (2) “Jewish and,” as in Judaeo-Christian (modern spelling: Judeo-Christian).

Now look a little further down and you see the word for a Christian who has adopted a Jewish worldview:

If you want to use a term meaning “a Christian who follows a Jewish version of Christianity,” the correct term would be Judaist.

Now let us look further at a more popular and slightly less precise dictionary, Merriam-Webster, which gives us the following definition of Judeo-Christian:

At this point, we see the meaning of the term: Judaism and Christianity shared the Old Testament and a common set of values derived from the Ten Commandments, so Judeo-Christian refers to the set of what is shared in common between Judaism and Christianity. In common political use, it implies the sum of the two, since they are seen as having a common root and being generally compatible.

Neurotic Leftist Jews, like neurotic Leftist Indo-Europeans, are an inversion of Judaism, which is a racial compact between God and His people (“the chosen ones”). For a Jew to advocate diversity, miscegenation or intermarriage is completely nonsensical, although there are many Jews and Christians who encourage exactly this.

If you want to attack Judaism, you can use the term Judaist to refer to someone with Judaic values. More sensibly, you might attack the more general term, which would be materialism, or the idea that pragmatism — social and financial success, compromise, popularity — is more important than striving for virtue.