Why The Far Right Is As Bad As The Mainstream Right 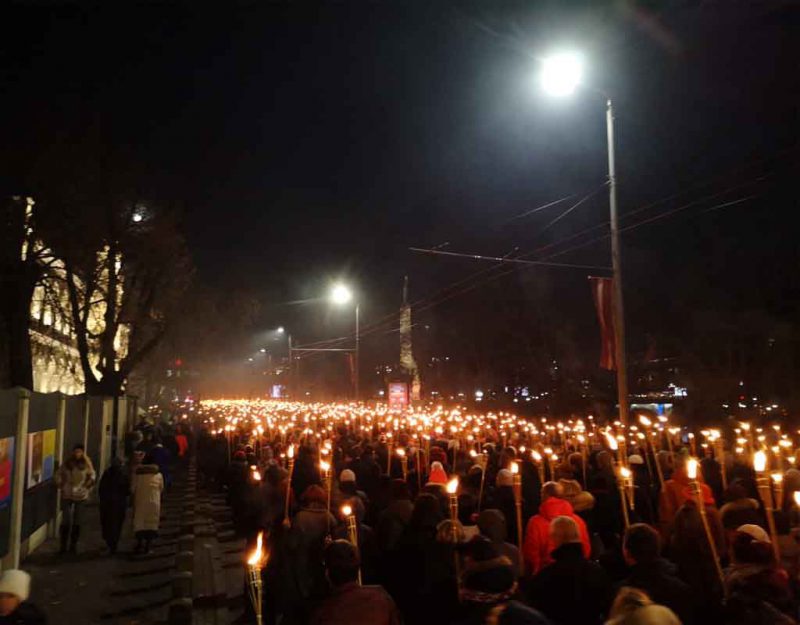 Before you get comfortable, this is not a hit piece on the thought-leaders of the far-Right. Many of them do an excellent job, and those who are most criticized are often doing the best work (after all, you are talking about them, are you not?). This is about the far-Right community.

We know that mainstream conservatives are irritating cucks because they cannot accept that equality is nonsense. We are biologically different and we need to be in order to have internal change within our group; an equal group would suffer the same fate as a highly inbred, unmotivated group.

However, the far-Right has its share of do-nothings who refuse to reject equality, either. They want equality within a race, and forget that nationalism is ethnic in nature, or want socialism, or insist that we have some kind of classless society. All of these are Leftist ideals.

If you are going to bother challenging the current system, you have to rip it out root, leaf, and branch which means that you have to reject its core concept. Leftism is egalitarianism. Egalitarianism is the belief in equality. If you believe in any kind of equality, you are part of the problem.

That includes racial equality, ethnic equality (joining together all Whites as one, ignoring ethnic differences), socialism (denying class and caste, wanting subsidies like free healthcare, welfare, retirement, and public schooling), unions (reward the bad workers as well as the good), democracy (the vote of an insane moron is the same as that of a morally-lucid genius), sexual equality (gay marriage, sexual liberation, “game,” unchaste men), and of course equality itself, or the idea that we can be a mob without leaders or choosing one clear, simple and achievable platform.

When I write here, I take conservatism to its logical conclusions: radical realism plus a drive to the transcendent best. Only on this level can we escape Leftism, and we need to get clear on that or we will simply re-introduce the viral load of egalitarianism into our thinking and thus defeat ourselves.

For too long the far-Right audience has favored anyone who praises all Whites as equal, both among ethnic groups and between social classes, without noticing obvious hatefacts like some “white” ethnic groups being actually highly mixed with Other, and lower classes being dumber than upper classes. Too much of the far-Right is caught up in the Revolutionary narrative of “the rich people are the bad elites and they are our problem.”

Let me introduce a reality enema, snowflake: you are the problem. White votards elected the people who did this and then failed to repeal it. White votards adopted Leftism to get more people into their shops and businesses. White votards continue to virtue signal for Black Lives Matter and Antifa despite having no idea what they are talking about. And, on the far-Right, White votards contine to demand a diverse, socialist, class warfare based society, except that everyone is “huwhite” (including those with lots of Asian and North African in the mix) and has the “correct” ideology of something like National Socialism.

You people are like mainstream conservatives. You are just conservative-flavored Leftists. No matter how many grossly “racist” things you say, or taboos you break, you still want the current system with its flaws intact, and that will rapidly encounter the same problems. You will defeat yourselves, but you will also defeat the Right, opening the door for the final Leftist takeover.

How many fools have sat around on the internet bleating about how much they hate Jews and Negroes, but also posturing about how they would never vote for Trump round two since he did not achieve the white ethnostate overnight? These people understand nothing of Constitutional law, not even what a quick internet search would reveal. They are just posturing. They are driven by pretense and scoring internet popularity points.

We do not need 100,000 different opinions on the far-Right, each one calculated to be quirky and unique enough to get more hits on your YouTube pages and little blogs. We also could do without people who reject all known leaders, only to insist that they are going their own way and have the one ultimate truth but people just are not listening. We do not need more analysis; we know what the situation is and how to fix it, which is to adopt gradually more Right-wing leaders, starting with Trump. We take baby steps so that at each step, we prove that our plans are working better than crazy Leftism, and then we push further Right. That works, while trying to appease the Left (like mainstream conservatives) or demand some unwanted race war in lieu of doing anything actually useful (like the far-Right) does not.

I have followed the right for almost three decades now and consistently, I see the same thing: the guys with the biggest loudmouth opinions are the ones who do absolutely nothing. They collect weapons, forward memes, scream at Fox News, and then get a girlfriend and a career and we hear nothing from them ever again. Or, if they are really marginal, they hang around until they are revealed as FBI informants, and next thing we know, they are working in a Walmart somewhere and nursing a pernicious alcoholism.

We have no shortage of people who are willing to tell you not to do the effective thing, but instead to work on your weight lifting, weapon collecting, ebook accumulation, bug-out bag arranging, bunker building, or other activities which benefit them (and get them lots of YouTube clicks!) but achieve absolutely nothing. Take the biggest, boldest voices you see out there today, and check up on them in ten years. You are going to hear: “oh man, I was really into all that stuff, you know, but then I found this great lady named Manuela and we have four kids and I’ve been promoted to head of the call center, so like, I’m a big shot in other ways now and I don’t have time for that kiddie stuff.”

Or maybe you will find them in their bunker, eking out an existence from disability and welfare, surrounded by weapons that they are now too old, too out-of-shape, or too fearful to use. “Someday, the boogaloo is coming,” they will say, knowingly. “I’m just waiting for my moment.” They will say that right up until they go into the ground, and magically, it will never be time.

We have no shortage of people willing to write off conservatism or the West. “Man, that stuff’s doomed! No point investing in that. Nope, not me, I’m smart. I’m going to pump lots of iron, read Siege, and get ready for the race war. It’s coming man, one of these days!”

The far-Right will never perish from a shortage of complaining, posing, and drama, and this stuff survives because it makes money. Every far-Right writer wants to invent his own unique theory and sell a book, or at least get lots of views on his YouTube profile, because that lets him live the dream. He gets to pretend to be cool on the internet and get money for it. That will not save the West.

We need a simple plan, and here it is: push Right. Get involved, and push those organizations further Right. Always vote for the furthest Right candidate you can find. Emphasize what the Right is: we recognize biological inequality, that diversity is genocide, and that our society needs a center other than politics and commerce. This will upset your parents, teachers, and low-T friends, but it works and will continue to work.

Anything else is cucking and defeatism.

Our Problem Is Not Blacks, Nor Immigration, But Diversity | How Commerce Defeats Itself