Why the American Revolution was a mistake 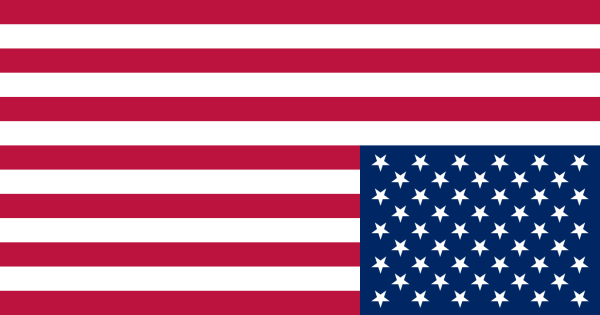 I love America. That statement says nothing about America the political entity. The America I know is a network of good people who through hard work and sacrifice changed a lawless wilderness into a first-rate nation. Very few of them thought about politics much.

They fled instability in Europe where troubled regimes enforced ideological loyalty upon their populations. Americans took a different course: government would not control citizens but would instead provide a stable place for them to live while culture and individual moral choices ensured social order.

With the rise of America as a political entity, this process reversed itself. In 1781 the colonies won independence from England. But without a level of leadership above that of the colonies themselves, the confederacy of states rapidly fell into chaos. In 1789 the US Constitution went into effect and created a new nation-state to organize the unruly colonies

The new government quickly turned toward political control. During an undeclared naval war with France, the new nation-state passed the Alien and Sedition Acts which allowed imprisonment of people for speech critical of the Federal Government. The new government gained increasing powers with the Civil War and later the Great Depression, where it used crises to justify an ideological agenda and new powers.

As I write this, the news overflows with the beginnings of what will become the next American Revolution or Civil War. Much like the English colonial government taxed its people to death for purposes of political control, the new American regime rewards only those who follow its ideology and taxes the majority to pay for it. People are tired of this experiment.

This makes it clear to history, even if people now do not yet recognize it, that the American Revolution was a mistake. I can identify three major areas in which it has failed.

First, we have re-created what our original people were fleeing from. In the process, we have converted a prosperous superpower into a third world nation funded by an overtaxed majority ridden with guilt thanks to the ideological agenda of government. We are every bit as under the thumb of control as the citizens of Europe who first got into tiny boats and made the dangerous journey here.

Most of American law since the Revolution focuses on how to restrain government from becoming abusive. The unstated truth behind these attempts is that government has been trying to expand its power for two centuries. Expanding the vote has only accelerated the process because humans in groups make faddish decisions while as individuals they can make clearer decisions.

Second, the American Revolution caused the loss of our identity as a group. Before the Revolution, we were people from Western Europe who came to live together as British subjects in the New World. Now we are only people who make our residence in a place, obey its ideological agenda, buy its products and work as fodder in its jobs.

With the loss of identity came a refusal to have any social standards. We are no longer all from the same group, so we do not share values. Thus to impose standards on all is to favor one group over another. As a result, people became selfish. From this came both crass consumerism and the welfare state, culminating in a form of socialism which increases government power further.

Third, we have committed ourselves to controlling a beast that cannot be controlled. Elections do not work; in groups people follow social pressures and elect salesmen like Obama to the highest office in the land. No number of laws can stop government power, nor can rules make foolish people into good leaders.

We need quality leadership instead. While the English aristocracy provided an imperfect model at the time, it derived its power from a clear principle: put the most capable people in charge instead of the most popular ones. We, the people, are our own worst enemy. As the German philosopher Arthur Schopenhauer said:

The only solution…is the despotism of the wise and noble members of a genuine aristocracy, a genuine nobility, achieved by mating the most magnanimous men with the cleverest and most gifted women. This proposal constitutes my Utopia and my Platonic Republic.

When we rebelled against the King, we thought we would set ourselves free. However, in doing so we threw out the principles of leadership established over centuries and the notion of group identity. This sent us down the path to an ideological agenda. As history now shows us, our liberation made us servants instead.

Marijuana made me a racist | In Memoriam: Wilmot Robertson