Why the alt-right is gaining power

by Jonathan Peter Wilkinson on December 13, 2015 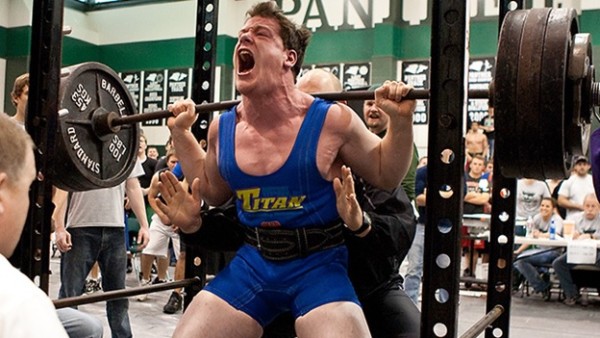 The elite establishment gets more and more panicky as The Donaldâ„¢ continues to probe and hammer their weakness. This fundamental weakness would be that a government that rules in a Democracy is supposed to be from and for the people. But no government that has ever ruled anywhere has been selfless in that regard.

So Donald Trump asks why in the heck we arenâ€™t securing the borders. He asks why we steadily bring people in to replace Americans while our workforce participation rate is worthy of The Great Depression? The elite donâ€™t feel like answering those questions and attempt to slam shut the Overton Window before such queries get echo by much of the population at large. They are failing, they are sounding increasingly shrill. I grow more confident as they grow more desperate.

It started with everyone just laughing away at Trumpâ€™s announcement for President. It was my opinion at the time that this was a stupid strategy. PJ Oâ€™Rourke gave Trump everything he could want or need. He argued Trumpâ€™s campaign was a referendum on just what vile slut-piggies all us dumb Amerikans truly were.

Besides, I, personally, support his candidacy. â€œDemocracy,â€ said H. L. Mencken, â€œis the theory that the common people know what they want, and deserve to get it good and hard.â€ The American government is of the people, by the people, for the people. And, these days, America is peopled by 320 million Donald Trumps. Donald Trump is representative of all that we hold dear: money. Or, rather, he is representative of greed for money. We common people may not be able to match Trumpâ€™s piggy bank, but we can match his piggishness.

Well, that didnâ€™t work. People probably donâ€™t care much for Donald Trump. I donâ€™t and never will. I donâ€™t like a good number of human beings. I will hire and pay them if they offer me a useful service. Like has very little to do with who should be POTUS. Trump is saying what isnâ€™t allowed to be said and that, right now, in the grips of vile Orwell State; is a service of very high value.

So they couldnâ€™t laugh Trump off the stage because he was too bellicose. At that point, calling us all porcine did nothing to end the stream of â€œvile hate-truths.â€ So then we heard about how Donald Trump was a Hitler-wannabe. John Kasich provided us this public disservice. Politico dutifully carried Kasichâ€™s water below.

Kasichâ€™s presidential campaign began airing a new TV ad last week that paraphrased language from Martin NiemÃ¶llerâ€™s famous poem â€œFirst they Cameâ€¦â€ and alluded to a comparison between Trump and Adolf Hitler. The governor backed away from that comparison Sunday on ABCâ€™s â€œThis Weekâ€ but didnâ€™t hesitate to attack Trumpâ€™s bombastic language.

So then they had to break out the equivalent of Lyndon Baines Johnsonâ€™s infamous Daisy Ad. Trump, you see, equals ISIS. At some point you wonder. Why are all these arguments against what Trump spouts off with reflexive name-calling?

I donâ€™t really think Trump is a particularly perspicacious intellect. They great Francis Fukuyama and the coruscating brilliance of John F. Kerry should put paid to all of the silly foolishness being spewed from beneath the bad comb over. Itâ€™s the perfect set-up to slap all those silly, little people down and remind them of their place. But no, all we get are a bunch of pompous insiders, flaccid from the K-Street Circle Jerk, essentially calling The Donald a big, blue meanie.

I mean Senator Elizabeth Warren pitched her tee-pee at Jolly Auld Harvard! And Jeb Bush is from American Royalty â€“ a dynasty previously only rivaled by the Kennedy Syndicate. And, Hillary!? I could have sworn the earth shook near Mt. Doom as the American Heartland fell â€˜neath the baleful glare of the lidless eye on the day Her Majesty announced her candidacy. But none of these people have debunked, disheartened or unhorsed The Emperor of ALL THINGS TRUMP. They canâ€™t. He has a point.

So what is good is this? Trump is a buffoon. His Presidency would rival a 3-stooges episode. The reasons for confidence lie in Trumpâ€™s total ingenuous incompetence. If these guys canâ€™t beat him, just wait until they deal with somebody trained in the dark arts of political rhetoric and machination. They are weak, they are beatable. Losing to Ronald Reagan or William F. Buckley can be explained. Losing to the Donald? The suits are emptier this year than in many seasons past. Itâ€™s arguable whether the emperor even still has a suit on. The Cathedral can be sacked. America is not over and we can reverse this decline. Just be brave and tell it like it is. How long? Not long. The delusion that multicultural pluralism can maintain a great nation is rapidly wearing thin.