Why #MAGA Is Contagious 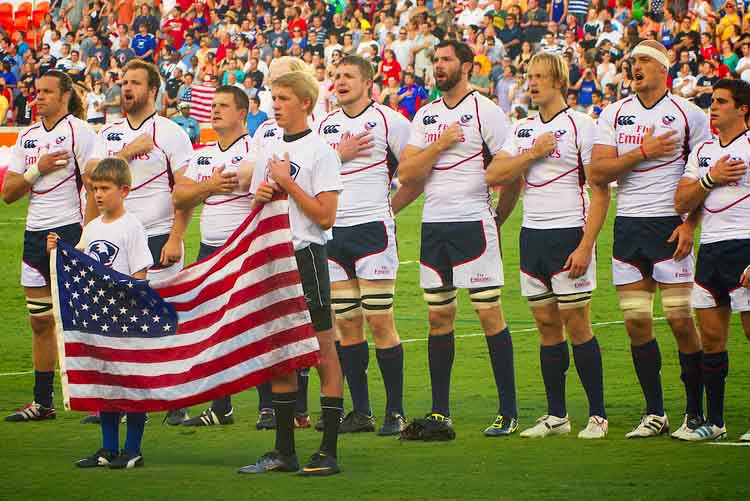 People have a hard-wired tendency to operate as a herd. They’ll pretty much buy what everyone sells. We bemoan this frequently here. Get enough “experts” to say “Kill the (((Jews))),” and you’ll literally get Auschwitz; get them to say “Kill the Rich” and you get Bastille Day. A major tenet of effective leadership is to turn that dialogue in a more powerful and future-oriented direction.

Part of effective dialogue is to help people redefine themselves in a positive manner. Americans have recently been given permission to stop being Amerikans. Being just as good as the rest of the world no longer cuts it. We don’t do apology tours anymore. As a member of President Trump’s staff put it, “We’re America, Bitch!”

The best distillation of the Trump Doctrine I heard, though, came from a senior White House official with direct access to the president and his thinking. I was talking to this person several weeks ago, and I said, by way of introduction, that I thought it might perhaps be too early to discern a definitive Trump Doctrine.
“No,” the official said. “There’s definitely a Trump Doctrine.” “What is it?” I asked. Here is the answer I received: “The Trump Doctrine is ‘We’re America, Bitch.’ That’s the Trump Doctrine.” It struck me almost immediately that this was the most acute, and attitudinally honest, description of the manner in which members of Trump’s team, and Trump himself, understand their role in the world.

Now certainly The Atlantic and all other journalistic bastions of The Thinking People cast their aspersions on the most glandular president the US elected since, I dunno, 1992. Well, in riposte to that elitist snobbery, glandular people who aren’t detestable perverts reproduce, set goals, build dynasties and orient towards that far horizon in the future. The future is theirs because they plan for it, reproduce for it and therefore show up for it prepared.

Every so often Gallup will take a poll to see how satisfied the proletariat is with how things are going. They’ve been ordered for over a year now to consider President Trump The Giant Orange Gorilla with the keys to The Hummer and a six-pack on the dashboard. When asked what they thought of all of this, the Americans responded. “We’re America, Bitch!”

Apparantly this message has settled in and the Americans are getting brave again. You see this reflected when a reinvigorated US Economy grows “unexpectedly“.

The U.S. economy is likely growing faster than expected, according to an economic model from Goldman Sachs. The firm raised its second-quarter GDP tracking model growth forecast to 4 percent from 3.9 percent on Friday, citing strong manufacturing economic data. The model incorporates the latest monthly economic releases to produce a GDP growth estimate. “The Empire State manufacturing index unexpectedly strengthened in June, and the underlying composition similarly firmed with strength in all three key components,” Goldman’s chief economist, Jan Hatzius, said in a note to clients Friday. “In fact, given the firmer pace of utilities output, we boosted our Q2 GDP tracking estimate.” Hatzius noted the Empire State manufacturing index rose by 4.9 points to 25 in June versus expectations for a “moderate decline.” The tracking number is different from the firm’s official economic forecast.

The Federal Reserve is even feeling safe. They are raising interest rates back towards rates where saving and spending judiciously is intelligent advice again. Get the interest rates raised about another percent and one half and President Donald J. Trump will have made retirement possible again. President Trump has defied all popular opinion and “expert” advice to give our economy the opportunity to deglobalize and no longer be a feeding trough for buccaneers and yield pigs. The Tragedy of The Commons can get the fvck out of my wallet, Baby!

The United States is still a nation beset with the troubles of Late Rome. It is, however a nation that is being allowed to feel good about itself again. When people are figuring out how to succeed instead of suck off the system; a positive leader like President Trump actually can make good long term decision like appointing a Federal Reserve that tightens money so that saving is an intelligent, remunerative course of action.

Thinking about this mathematically, The United States is still below the X-Axis in negative territory. The First Derivative, however, is now greater than zero. We still suck, but at least we’re going in the right direction. As the USA Eagles just informed a rather self-important and smug group of Scots rugby players, “We’re America, Bitch!”