Let’s Finally Have That (Honest) Conversation About Race And “Racism” 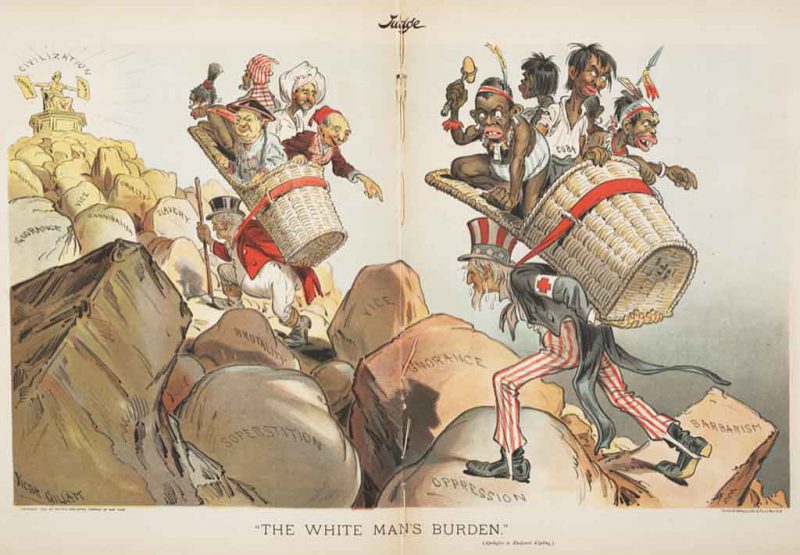 Whenever there is some sort of racial crisis, whether cops shooting a member of a protected minority group or a minority group burning down Los Angeles, public figures tell us we need to have a conversation about race and “racism.”

We should probably have that conversation now, since the topic has come up.

/r/sjwhate is an anti-SJW sub; social justice warriors (SJWs) are the participants in the activity of enforcing political correctness on the rest of us. Political correctness is censorship of language so that it forces us to change our thinking to be more pro-egalitarian, pro-LGBTBBQHIV+ and pro-diversity.

If we look through history, we can see thatpolitical correctness has an ancient origin:

With the establishment of the Revolutionary dictatorship, beginning in the summer of 1793, the local Jacobin clubs became instruments of the Reign of Terror. (In 1793 there were probably 5,000 to 8,000 clubs throughout France, with a nominal membership of 500,000.) The clubs, as part of the administrative machinery of government, had certain duties: they raised supplies for the army and policed local markets. Often local government officials were replaced with members of clubs. As centres of public virtue, the clubs watched over people whose opinions were suspect, led the dechristianizing movement, and organized Revolutionary festivals.

In the West, this was our first experience with thought control groups who would arrest you for saying a politically incorrect thing or associating with people who did. What did they do? Oh, the Reign of Terror:

With civil war spreading from the Vendée and hostile armies surrounding France on all sides, the Revolutionary government decided to make “Terror” the order of the day (September 5 decree) and to take harsh measures against those suspected of being enemies of the Revolution (nobles, priests, hoarders). In Paris a wave of executions followed. In the provinces, representatives on mission and surveillance committees instituted local terrors. The Terror had an economic side embodied in the Maximum, a price-control measure demanded by the lower classes of Paris, and a religious side that was embodied in the program of de-Christianization pursued by the followers of Jacques Hébert.

During the Terror, the Committee of Public Safety (of which Maximilien de Robespierre was the most prominent member) exercised virtual dictatorial control over the French government. In the spring of 1794, it eliminated its enemies to the left (the Hébertists) and to the right (the Indulgents, or followers of Georges Danton). Still uncertain of its position, the committee obtained the Law of 22 Prairial, year II (June 10, 1794), which suspended a suspect’s right to public trial and to legal assistance and left the jury a choice only of acquittal or death. The “Great Terror” that followed, in which about 1,400 persons were executed, contributed to the fall of Robespierre on July 27 (9 Thermidor).

In the United States, political correctness arose in the 1960s as our “intellectuals” (eckshually) adopted cultural Marxism:

We call it “Political Correctness.” The name originated as something of a joke, literally in a comic strip, and we tend still to think of it as only half-serious. In fact, it’s deadly serious. It is the great disease of our century, the disease that has left tens of millions of people dead in Europe, in Russia, in China, indeed around the world. It is the disease of ideology. PC is not funny. PC is deadly serious.

If we look at it analytically, if we look at it historically, we quickly find out exactly what it is. Political Correctness is cultural Marxism. It is Marxism translated from economic into cultural terms. It is an effort that goes back not to the 1960s and the hippies and the peace movement, but back to World War I. If we compare the basic tenets of Political Correctness with classical Marxism the parallels are very obvious.

If we compare political correctness to the Jacobins, the parallels are also very obvious: think solely in egalitarian terms or your life will be destroyed (and when they get enough power, you will be jailed and possibly executed without trial).

We are fighting a deadly serious war here. If we lose, our society goes the way of the Jacobins, Soviet Union, killing fields, and Red Guards in China. Everyone will be forced to parrot the official ideology and starve together as we wage war on those who disagree.

How does this relate to race? We should read Plato on why diversity exists:

And who are the devoted band, and where will he procure them?

Tyrants need foreigners (“from every land”) who are poor/dumb (“drones”) in order to cement their hold on power. This is what tyrants do: like Ophiocordyceps they take over a society and turn it into a vehicle for the power of the tyrant:

Fungi of the genus Ophiocordyceps — so-called zombie ant fungi — need ants to complete their life cycle. When an ant comes across fungal spores while foraging, the fungus infects the insect and quickly spreads throughout its body.

Fungal cells in the ant’s head release chemicals that hijack the insect’s central nervous system. The fungus forces the ant to climb up vegetation and clamp down onto a leaf or twig before killing its hapless drone. It then grows a spore-releasing stalk out of the back of the victim’s head to infect more ants on the ground below.

Tyrants turn civilizations into zombies who serve the tyrant and then are destroyed. If you look at most third-world societies, you see the remnants of this process: racially-mixed people who are generally dumb because anyone intelligent was a dissident and got killed off or driven out.

Race is the major weapon of the Left, and they intend to use it to destroy our societies. They will eradicate culture, actual learning, faith, heritage, and even the family. Their only goal is to have power, and they justify it by claiming to offer equality to everyone; since equality does not exist in nature, this gives them a blank check to seize total power and “socially engineer” us into perfect zombie drones serving the Left.

/r/sjwhate is not a pro-“racism” sub, but it’s most definitely not an anti-“racism” sub. We see “racism” as an illusion because it consists of two things:

We are not a “white nationalist” sub, mainly because white nationalism is incoherent. Nationalism — remember, Imperial Japan was a nationalist society — means the belief that a nation is defined by its ethnic heritage. Japan for the (ethnically) Japanese, in other words, and the same for other nations: Nigeria for ethnic Nigerians, Germany for ethnic Germans, and Korea for ethnic Koreans.

We do not take a position on race other than *realism*, or noticing how reality operates and acting so that we are in accord with its structure.

This requires us periodically to *fail to deny* certain non-politically-correct facts, such as:

To post here, you need to be fearless about reality and observing patterns within it. One of those is that race, ethnicity, and social class are genetic categories not “social constructs.” This includes social classes within the “white” group, an inexact category that tends to mean people of unbroken Western European descent.

Those who oppose us want to censor reality itself and force us to act against it by changing the language we use. That is the end goal of political correctness and social justice, and we are the few who dare speak up against this creeping tyranny of our time.

If social media is as I suspect, this will be roundly ignored because it is too complete for the nattering neurotics to attack, and drawing attention to it unearths too many possibilities that cordycepted Leftists — on Reddit, Starbucks baristas and Whole Foods checkers — would prefer to hide.