Why Libertarians Should Embrace The Nation Instead Of The Nation-State 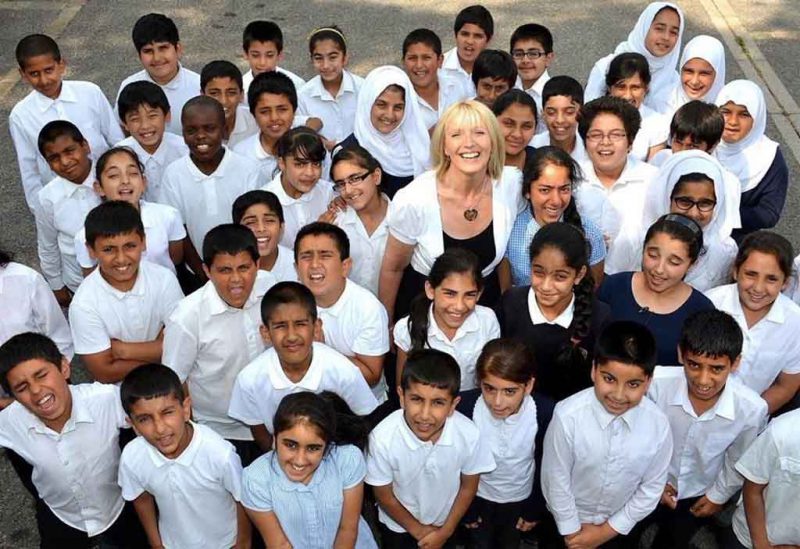 Modern people typically confuse the nation with the nation-state. The nation consists of the people who are “born together” from a common root, where the nation-state is a political entity created by the State itself, designed to rope together dissimilar people under the banner of ideology and an economic system.

Diversity appears as a natural extension of the nation-state concept. If random Europeans can be integrated into a single state entity, then surely this will extend to other groups as well, since they too can be brought into society, educated by the State, tested for their obedience to its principles, and then used as labor.

For this reason, it benefits the Left to conflate tribe with the State. We see this as a consistent trend from the Jacobins all the way through the Fabians, who may be the most tenacious Leftists because they combined socialist wealth redistribution with a capitalist economic engine to fund it, in a system that continues today.

However, the nation-state remains an oxymoron because it only embraces nurture and not nature. The State is comprised of “positive” legislature which attempts uniformity through laws designed to condition people, but a nation simply rewards those who fulfill its cultural objectives and values.

In that sense, the nation operates under natural law or a concept of liberty uninterrupted by the State, where the nation-state — a creation of the State — uses social engineering, fundamental transformation, indoctrination, and other techniques to force equality on its citizens. A nation-state cannot exist unless it has no standards for culture and membership, because it must accept everyone who is willing to swear allegiance to its ideology and economic system.

Many will note that this falls short of ideal because liberty leads to libertinism over time since people are fundamentally venal beings, and so the nation by itself is not a complete society, but rather a starting point that rejects the notion of needing the state, preferring a Social Darwinist system where performance is rewarded, transgressions are punished, and non-performance gets nothing. This Social Darwinism serves as an opposite to socialism, and without the perceived need to make the population equal, government serves a far lesser role and therefore cannot seize the power necessary to make itself dominate society as it does in a nation-state.

In contrast, the nation-state seeks only to expand because government like any other self-interested corporation benefits from new customers, and it does this by widening the circle of people who need its care. It starts with the poor, then reaches out to outsiders, creating the type of social chaos that we have now with diversity.

Much like the citizens of ancient Athens or Rome, we have been bought. As we stuff our faces with handouts, we kowtow to a hostile force which dictates our genetic destiny. This process begins by making egalitarianism the only safe value system to express in public, and continues by infesting every institution it touches.

Consider how unions in North America were originally more socioculturally conservative than their European counterparts, but this changed by the Woodstock era. The egocentric perspective of blue collar labor that compels it to have an aversion to “sink or swim” enabled a shift toward socialist theory on the Left, with unions following because their concept of collective protest is inherently egalitarian, demanding that as in socialism, the worst worker be reward along with the best.

How do we reverse this process? We start by recognize, as libertarians do, that the State is an enemy; however, we must take it further, and reject the nation-state ideal by turning from nurture (education, propaganda, welfare) to nature (nativism, nationalism, Social Darwinism). This prepares our minds for what must follow.

This will certainly involve abolishing the state, quarantining the savagery to then expel both during the stage of restoration, then moving toward preservation of the organic society, or the nation instead of the nation-state. There indeed remains a catch-22 obstacle as per these first two steps, necessitating both vigilance as well as a certain degree of vigilantism to prevent entryism by the Left. Physical removal of Leftists, per Hoppe, will also surely be required.

For those who recall the unfolding mayhem in southern California from 2014, I call the restoration strategy the Murrietta model. As we pay for our own destruction, we grow closer to an ultimatum of the Draconian phase unmitigated.

Plato’s cycle suggests that a great effort must be made to snap out of this time of decay and decline, and so we must prepare ourselves for a time of anti-liberty in which coercion and population filtering may become the norm. We are attempting an act of oncology, removing a Leftist parasite that has weakened us, before we can restore civilization. Otherwise, we simply strengthen the Left by improving things, providing them with more tax money and a stable society upon which to work their insanity.

Among other things, we will need to end diversity in order to preserve the nation against the onslaught by the nation-state. Although Brett argues for reparations as a trade-off incentive to relocate the Other, I am reluctant to believe that they will leave peacefully, given how deeply they are rooted in our present system.

Although the act of genocide is itself unjust and we hope to avoid it, the only way to side-step continuing ethnic conflict which will surely end in genocide is to relocate the population which is inconsistent with our founding heritage Americans. To have liberty, we must first be something that resists the formation of the State.

In counterpart to this, we must affirm our identity by positive means. We are transitioning to a society which rewards that which is consistent with our culture, and so we must know what this culture is. While perhaps recent additions like Christianity irk some, it is worth remembering that a tradition once established can be gradually improved upon, where one not established gives way to the dark endless failure of the State.

Libertarians make a great argument for liberty and Social Darwinism through the markets, but this cannot exist in a nation state, which means that libertarians are as dependent on nativism as they are on the free market. For us to reach a healthy society again, we must reject the nation state and build liberty on the nation alone.