Why Liberalism Produces The Opposite of What It Desires 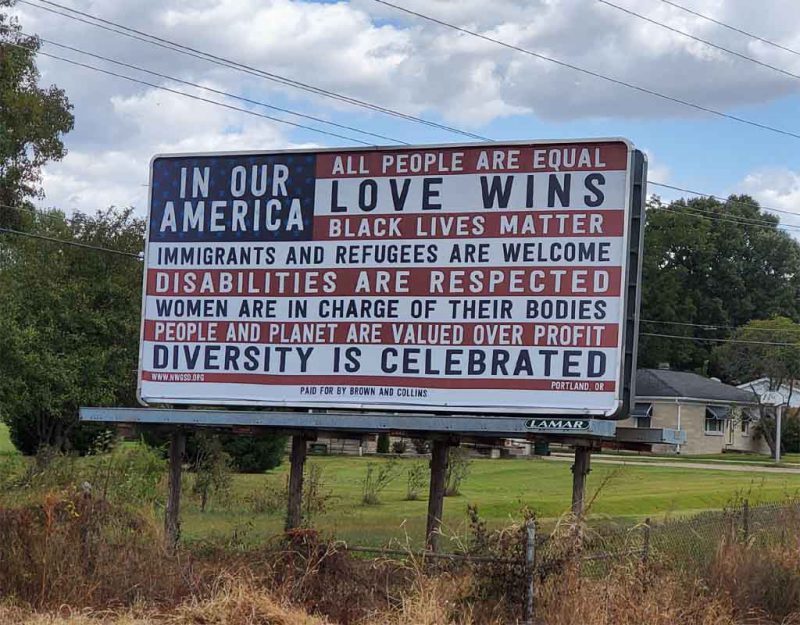 Our society finds itself at one of those nodal points in history where a great decision will be made. This will not be in terms of the issues of the day, but the underlying idea, something few can articulate or identify.

If we look at broad political periods, the last three hundred years have shown us the reign of equality as idea. That is, societies moved from the notion that there was a natural order and everyone had a place with paired duties and privileges, to the idea that everyone was equal.

This, more than anything else, made us into disconnected economic actors, working against everyone else for whatever we could take home and hoard.

Recent human drama — the years since 1945 — have shown us asking what type of equality we would like. Do we want subsidy-based equality, like socialism, or lack of responsibility to others equality, as occurs in libertarianism?

To shoehorn this into Europe, our leaders waved a picture of the poor rising up in the French Revolution next to a picture of Hitler, implying that without being bought off by government, our people would race to a tyrant to give them free stuff, so we had better give them that free stuff first!

In the US, civil rights provided the entrance to socialism. At first it was introduced in the 1920s as a series of benefits for the victims of a failing postwar economy, but that crashed the economy, so our leaders doubled down on benefits in the 1930s to buy people out of the resulting depression.

After the war, they accepted the fact that Communists and Capitalists had united to save the “free world” from Hitler and Tojo, and added to it our own struggles with diversity, bringing in civil rights plus entitlements as a way to smooth over the crisis created by the end of the Civil War.

Eager to prove how not-Hitler they were, conservatives and liberals both supported the notion of opening our borders to third world immigration, with everyone assuming that nothing much would change. Instead, they got a deluge of people, threatening the welfare state with bankruptcy.

This in turn brought us to the current desperate situation. The Left got everything it wanted back in the 1930s by the 1990s, and in the late 2000s, was able to elect a Black president and get the rest. That left the echoing question, “Now what?”

The Left had run out of room. It had nowhere left to go except to demand more socialism and civil rights, and this put it into conflict with those who realized that this was not a realistic plan, and that diversity was already turning out sort of bad.

Unfortunately for this society, however, it is still relatively wealthy compared to most of humanity, who in the absence of colonialism but the introduction of Western technology, have grown quite numerous.
With these great numbers comes poverty because there has not been a corresponding leap in production.

This means that if we continue down our current path, we will be inundated by those who have less. They will consume what we have and destroy us, and then everyone will be equally impoverished, just like what happens whenever egalitarianism is adopted.

Garrett Hardin shows us
the basic principle the root of this problem:

So here we sit, say 50 people in our lifeboat. To be generous, let us assume it has room for 10 more, making a total capacity of 60. Suppose the 50 of us in the lifeboat see 100 others swimming in the water outside, begging for admission to our boat or for handouts. We have several options: we may be tempted to try to live by the Christian ideal of being “our brother’s keeper,” or by the Marxist ideal of “to each according to his needs.” Since the needs of all in the water are the same, and since they can all be seen as “our brothers,” we could take them all into our boat, making a total of 150 in a boat designed for 60. The boat swamps, everyone drowns. Complete justice, complete catastrophe.

If we focus on our fears of poverty, we become focused on bringing everyone into the lifeboat and then everyone drowns.

If instead we focus on getting to safety, at least some survive. The same is true not just of survival in the modern world, but of hope. We have lost hope because we are dedicated to suicidal fear, namely the fear of being left behind making us insist that all drown equally.

As our present political situation reveals, we are pursuing equal drowning with noble ideals that are not realistic:

The evil the left did flowed directly from the noble ideal itself. You cannot create a world of perfect equality because people are not equal, and the attempt to make them so requires taking away the freedom of most for the benefit of what turns out to be a few. You cannot create a government that is socially “just” because the people who will run it are the same people whose lies, bigotries, selfishness and greed created the unjust world you are attempting to leave behind. The new rulers, corrupt as ever, will have more power than ever. You can only make things worse. Much worse.

The seven billion people today living in poverty are relatively few compared to how many can live good lives if instead we make successful societies. This does not mean “freedom,” as he posits from a neoconservative pivot, but order and function. Most of humanity is disordered and dysfunctional and, correspondingly, impoverished.

We need hope of an actually good human future, one that is not moribund. We need freedom from guilt. We need to be able to rise without feeling terrible that someone else did not also rise. We need to get rid of the idea that if we are not dedicated to fear, we are horrible people.

If this sounds discompassionate, maybe it is in one area, but not in all. After all, what is more compassionate than wanting a better future for humanity, even if it requires that we pursue selective success instead of universal failure?

What to do, when a ship carrying a hundred passengers suddenly capsizes and only one lifeboat? When the lifeboat is full, those who hate life will try to load it with more people and sink the lot. Those who love and respect life will take the ship’s axe and sever the extra hands that cling to the sides of the boat.

Perhaps we need not go that far. We simply need to steer the lifeboat away from the drowning many, who may still make it to land by their own devices, and focus on saving those that we can, namely those already in the boat.

Egalitarianism produces its opposite by aiming for what is failing and the lowest common denominator of tolerance that this requires. It changes our aim from success to subsidizing the failing, and therefore makes us failure-obsessed, with corresponding results.

If humanity has a future, it consists of keeping the lifeboat afloat with its fifty occupants and focusing instead of on the drowning, on where the lifeboat goes. It must find a new land, where the good can rise and the rest can be sent away, so that humanity gains strength instead of gaining failure.