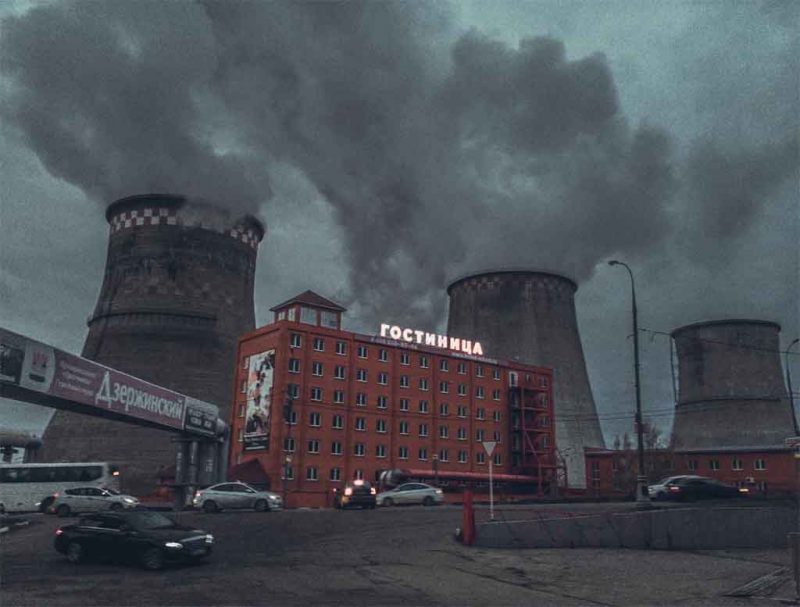 We often find ourselves wondering why our society was taken off the rails. Historians can point to something like hubris or egalitarianism, but that does not answer what advantage people saw in taking that path and not others.

In the view put forth by Crowdism, the advantage lies in having a huge group that you can mobilize with simple statements. You can act directly by having other people figure out the details and do the work for you.

This correlates closely with the reason why people love cities. They like having a huge mass around them which will retaliate against bad things and share good things. They feel connected in the city, and death and nature seem far away. This makes them feel “safe.”

In addition, they love the power that comes with being part of a mob. Imagine a street gang but of tens of thousands of people. When the gang mobilizes, things happen that can make you a millionaire or a president.

Even better, the gang will attack anyone who attacks you and tear them apart. Best of all, however, is that whatever the gang wants becomes valuable, and so you create the first economy outside of mere practicality. You create an economy of desire.

When a society gets sufficiently wealthy and advanced that it can create an economy of desire, all that holds this back is its hierarchy; when that is destroyed — for example by Mongol invasions, plagues, religious wars, and a rising middle class — it falls.

At that point, nothing remains for society except the bourgeois. Each person pursues his own self-interest, externalizing as many costs to society at large as possible, and ignores the need to form civilization.

This makes living in the civilization into a job. You exist to serve, but instead of serving an intangible like your civilization, identity, or tribe, you serve an economic and political system.

In the economic view, the political is dangerous because it is unreal. Instead, you are there to produce and keep society going by doing so. This relies on an appeal to what is “right” in the sense of both working and working toward the good.

As the West has struggled with a lack of meaning, it has drifted from the economic view to the political view because it gives people something to stand for. They can claim that they were part of the revolution that brought us closer to Utopia.

In reality, both views form schemes to keep society growing in size and density so that it can be powerful. More people means more need and therefore more income, and that concentration of wealth gives societies the extra cash and hands necessary to innovate.

Civilization density — “urbanization” — leads to greater power in the short term even if it replaces what the civilization was in the long term:

As Paul Romer, and others, have emphasized, ideas are the ultimate source of wealth and more people means more ideas. As a result, innovation and GDP per capita should be higher in places and times with more people. The fact that China and India are poor today is an out-of-equilibrium anomaly that happened because they were slower than the West to adopt the institutions of free markets and capitalism necessary to leverage ideas into output. China and India weren’t relatively poor in the past, however, and they won’t be relatively poor in the future. With that in mind, a key long-run prediction of Desmet, Krisztian Nagy and Rossi-Hansberg becomes clear. If people are not allowed to migrate then the places that are densest today will not only equal the West, they will overtake the West in innovation and productivity.

Cold war kids will notice immediately what is going on here: we have a density gap! We are competing with other nations, and whoever is most dense wins. Sort of, but not really. As usual, academics inflate a detail into a theory of everything and miss the point.

From the paper on more people meaning more ideas:

The model predicts that over most of history, the growth rate of population will be proportional to its level. Empirical tests support this prediction and show that historically, among societies with no possibility for technological contact, those with larger initial populations have had faster technological change and population growth.

This tells us less than it implies. Naturally societies in the process of developing technology get larger, mainly because they beat back high infant mortality and have healthier diets.

A poor civilization will be limited in size by its methods. Based in subsistence farming, without shared institutions, and no methods beyond the primitive, it will stay small because any additions to the population exceed its resources.

That gives us a chicken-or-egg problem. Which came first, the technology or the growth? Technology naturally causes population density because you need people around to operate it, fix it, study it, and improve it.

In fact, history shows us that the thesis of this paper makes little sense. Giant populations in China and Africa did not make great gains, despite being in some cases highly technological; they were not organized or stable enough to apply what they learned.

More likely what this study actually measures is urbanization. The more people you concentrate in an area with aptitude in technology, the more of those you get, since now your technologically-minded people are having children with each other.

Even more, in high-IQ societies, they tend to make shared institutions. Think of a library, fire department, park, university, or doctor’s office. With people cooperating, these become powerful, more so than individuals can.

In the minds of egalitarians, however, the idea of differences between populations such as IQ or differences in methods such as organization cannot be considered. People must be equal inside and different only on the outside. This leaves only population density.

Since our time is egalitarian, our leaders have decided that the best way to “win” against all of the other human populations out there — which we, in our colonial years, helped rather than exterminating as cold logic indicates we should have — is to bulk up on random people.

From the United Nations, a view of genocide as power:

In the absence of migration, the size of the working-age population declines faster than the overall population. As a result of this faster rate of decline, the amount of migration needed to prevent a decline in the working-age population is larger than that for the overall population. In the four countries where fertility levels are close to the replacement level, the resultant population in 2050 would include 8 to 14 per cent post-1995 migrants and their descendants. In the other six countries and regions, the post-1995 migrants and their descendants would represent between 26 and 39 per cent of the 2050 population. While some of these numbers may appear to be high, they remain within the range of migration experienced in the recent past in some industrialized countries. For example, in 1990, 16 per cent of the population of Canada and Switzerland and 23 per cent of the population of Australia were foreign-born.

In contrast to the migration streams needed to offset total or working-age population decline, the levels of migration that would be needed to prevent the countries from ageing are of substantially larger magnitudes. By 2050, these larger migration flows would result in populations where the proportion of post-1995 migrants and their descendants would range between 59 per cent and 99 per cent.

Through its reliance on the egalitarian position, our modern society has determined that it must increase its population. On the surface, it justifies this with the notion of paying for benefits for the elderly; underneath, as always, lurks the desire for power.

In addition, with quality-agnostic population density, we lose whatever was there before, which contains the seeds of greatness nourished in our cities of old, where people came together to invent and maintain tools and institutions.

As globalism, formed of both diversity in our nations and a worldwide open market in people and objects outside our nations, winds down, we will revisit this egalitarian thinking and realize how it misled us.

Our actual power rests in not outpacing others through density, but in developing and integrating technologies that make us more powerful in themselves. Innovation for its own sake delivers little; applied innovation builds greatness.

How The EU Empire Strikes Back Against The Internet | Venezuela: A Mirror Of Our Own Crisis