Venezuela: A Mirror Of Our Own Crisis 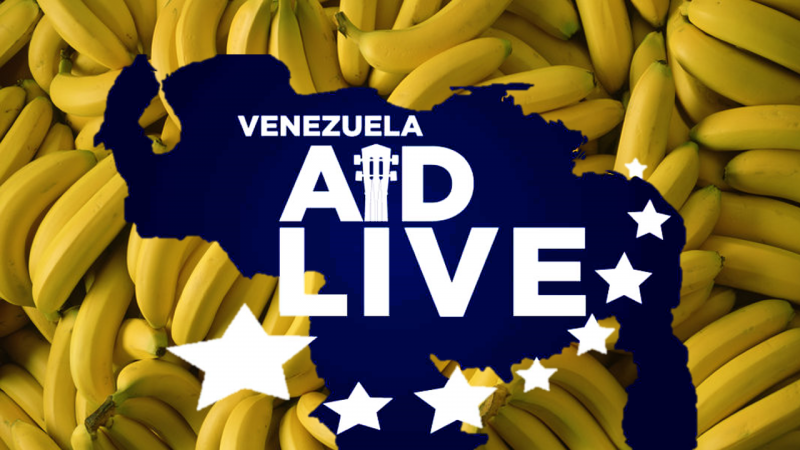 Venezuela became the first big punchline of twenty-first century politics. A country with high oil and gas resources, it should be a wealthy paragon of opportunity.

Instead, something went wrong. The people voted, and as they always do, they picked the sociable and inoffensive choices. These emboldened the population to go further Left, with each person thinking that he was getting free stuff from others and power over those above him.

Humans: really, we are just monkeys. Evolution was a lie, except that we gained language, something that in all but a few cases simply results in more pretense, dissimulation, and manipulation.

Figuring out what went wrong in Venezuela takes relatively few braincells. They adopted Leftism; what you tolerate, you get more of; that meant more Leftism, and eventually socialism, and then because socialism is unstable, an authoritarian military state as in Communism.

This pattern repeats itself again and again in human civilizations. When a society succeeds, it loses its initial goal of success; if you have someone of great intelligence there, they come up with a new unifying goal, even an arbitrary one.

Otherwise, you have the herd problem. Humans in groups move like stampeding herds, running to new tasty grass or running from a great fear even if illusory. Without an agreement to underlie the social contract, as is found in a unifying goal, the only way to keep the group together is manipulation.

This manipulation makes people feel clever and leads to hubris, an alienation from the natural way of life, individualism and collectivized individualism. From that comes all the other neurotic stuff like egalitarianism, diversity, and socialism. These are all the variants of the same idea that since there is no goal, the individual should seek power because the world is bad and has no magic, mystery, or real joys.

Venezuela went down this path faster than most because of its mixed-race population and lower average IQ, which means that the human monkeys are even stupider than normal human monkeys, and so they get very excited at any idea of free stuff, thinking themselves clever for having thought of such a thing. Most human mass suicides begin with that notion.

Things went pretty well for Venezuela as long as oil was selling at a high price because then the country could afford to pay off half of its wealth in graft and still have enough for everyone else. Those were good times, but the rest of the world paid in higher energy prices, which created market competition. When prices fell, Venezuela did as well, but not because of the falling prices; it fell because its system never worked and was riddled with graft, and the higher oil prices hid that disaster.

Since then, Venezuela has been a laughingstock of the world. Its former leader, Hugo Chavez, died a billionaire while his people starved. Its leaders since then have been of the Bill Clinton or Barack Obama variety, promising whatever was popular at the moment while taking backroom payments. If memory serves, Clinton’s foundation was worth almost as much as Chavez stole, and Obama went from having nearly nothing to being many times a millionaire during his time in office.

Families interviewed by Reuters say they have spent months without receiving any water from the tap after power blackouts cut off supply and pipes failed due to a lack of maintenance. Faced with uncertainty of when it might return, and whether it would be enough, they are conserving as much as water as they can take from rivers or buy at shops. They are bathing, washing clothes and dishes, and cooking with just a few liters a day.

Earlier this month, Venezuela was plunged deeper into chaos after a near week-long power blackout cut off the already scant water supply to most residents. Since then, Maduro has promised to place enormous water tanks on the roofs of houses and apartment blocks to alleviate the problem.

For first world people, this story conveys both our great fears and our sneering sense of superiority. Here, it is as easy as turning on the tap to get water, although no one would drink that because who knows what is in there; instead, we just hop in our cars and trot on down to Randalls or Albertson’s to pick up another case of filtered pure spring H2O.

However, our people — made diverse by the political mistakes of the postwar period — make the same mistakes that the Venezuelans did. Even with all of our wealth and technology, which would could analogize to the oil wealth in Venezuela, we are not safe from the same decline if we make the same decisions:

A strong majority of people in wealthy countries want to tax the rich more and there is broad support for building up the welfare state in most countries, a survey conducted for the OECD showed on Tuesday.

Socialism means worker ownership of the means of production, which in turn means in real world terms that the workers get the dividend checks. Taxing the rich and redistributing the money is the same thing, which is why our media pushes back so hard against this and instructs people to feel intelligent and superior for saying, “no, that’s not real socialism.”

Without egalitarianism, your society possesses no notion of taking from one group and giving to another. Instead you rely on the American notion that “all men are created equally” or in other words, nothing can be done to make them further equal. You let them make what they can of life, knowing that some will starve in the streets from incompetence or bad luck and that this is either natural selection or the work of an all-knowing god, but either way, it is not your problem nor your place to intervene.

This means that our people are making the same choice that Venezuelans did and will suffer the same results. There is nothing “magic” about Europe that prevents it from collapsing the same way; we think that because we are European-descended, we are smarter than everyone else and can make even failing systems work, but we forget that egalitarianism sabotages the soul. When everyone is equal, there is no point working for anything, whether for moral, intellectual, personal, or financial reward. Everything is already at the maximum which is now a minimum, and nothing above that lowest common denominator will be recognized.

To avoid this fate, we have to take a hard turn in the opposite direction. We have to re-affirm our European-ness and send everyone else but the ethnic Western Europeans home; we need to make war against socialism in foreign countries like Venezuela in order to remind our people that socialism, egalitarianism, and diversity are in fact the enemy; we need to stand up for other societies asserting the sanity of nationalism and Rightism, and aid them in sending their diversity impediments elsewhere. We need to support nationalism for all groups, and this means that the Palestinians and Rohinga and other migrants need to Go Back Home.

None of this is popular because humans eternally tend toward wishful thinking where we are as individuals important when in fact the reality is the opposite. Nature sneezes and millions of individuals die for no discernible reason. That is how our world works. We either accept that and become healthy, or deny it and make ourselves insane by believing a big lie which will like all lies invite its fellows to live rent-free in our heads.

For those of us who do not want to go gently into that good night, a platform emerges that is very similar to the collection of ideas I have been suggesting for some time:

This approach will always be unpopular because it requires us to invert hubris. Humans are not the center of the universe. We are one species, probably among many, which is trying to get itself sane and competent so that it can survive its own instability.

We cannot all get along. The popular view is that if we just spread out the wealth and stop requiring people to behave with accountability, everyone will be happy and therefore all of the violence, conflict, and struggle will end. This is an obvious illusion.

Many people are proposing many different solutions to the now-evident failure of modernity. Some say religion, some say race, and others demand wealth redistribution. There is no single big idea that can save us; we need sanity in all areas.

It now becomes clear that our future goes one of two ways. Either we rise above our human condition, or we head toward being Venezuela. Unless you really like eating out of dumpsters and scrounging sewers for water, the choice to rise above is clear.