Why Is Humanity So Lost? 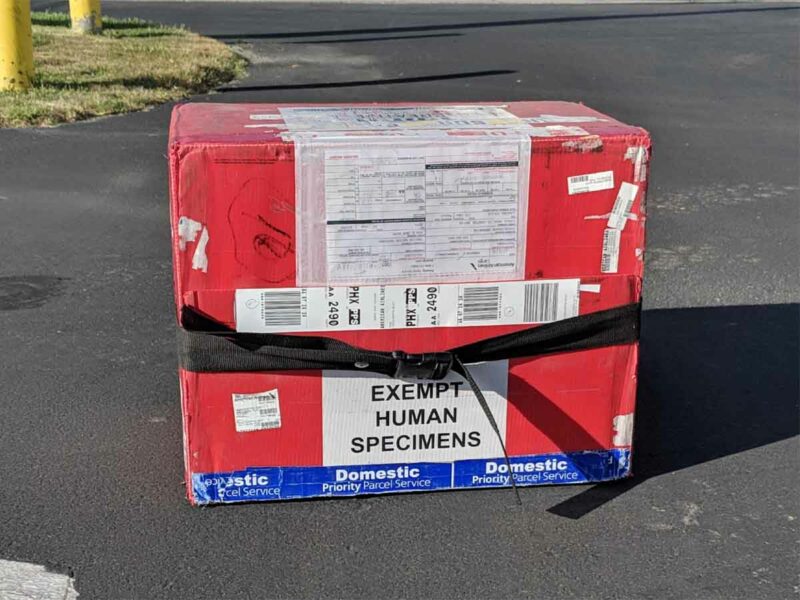 In the early 1990s, people feared spam would disrupt the internet. Those unsolicited messages posted to tens of thousands in the hope of finding just a few willing marks seemed like a threat to the information superhighway. Now, if my Google results are representative, spam has taken over, but done so legally.

Instead of sending out messages directly, the most effective spammers simply buy ads. Search engines prioritize ad content, so most of what you see in response to any query is a whole bunch of people trying to sell you stuff. The spammers won, and they did it by offering normal services and then hiding the spam in there.

This pattern repeats everywhere: in any space controlled by humans, the powers designed to avoid threats gradually incorporate those problems into themselves. Whatever you focus on, you amplify, and so the more we try to “regulate” problems the more we simply create approved and legal versions of them.

Why is humanity so lost?

In my experience, every human group clusters around avoiding real problems, and therefore dedicates itself to non-problems, which allows the actual problem to proliferate. Focus on spam, and advertising takes over the internet. Focus on poverty, and you make a society poor. Focus on racism, and you commit genocide.

The only force that breaks this cycle seems to be the combination of hierarchy and strong power. That is, you choose the best people in a well-rounded sense and have them lead. This rewards accomplishment instead of trying to force everyone to do what the system sees as correct; it is the only path away from tyranny, or rule by governments interested only in their own wealth and perpetuation.

We should apologize to the old school conservatives who warned us that many of the popular trends of the era would end badly. It turns out that the income tax and entitlements lead directly to socialism, that nativism was right and only mono-ethnic societies are halfway happy, foreign religions and immigration are untrustworthy, diversity is abolition of the majority and its culture, and that most people cannot handle “liberty, equality, and fraternity” and will instead simply use that as a cover for stealing and manipulating.

That of course puts humanity in a bad place. We have gone down a bad path, yet people are afraid to get off of it lest they lose some of their personal pot of wealth and power, so no one is willing to change. We are in a car driving at a brick wall but no one wants to break ranks and turn the wheel.

To pander to these people, Leftist parties and media endorse the decline and rationalize it instead as success. Even while everything gets worse, they tell us that this is “progress” and that we are morally superior for choosing the obviously illogical.

A hint from history tells us that if you have to justify programs, they are not working. Good programs and policies speak for themselves by producing good results. In a society that is failing, justification becomes the new normal. Everyone is forced to justify himself as this trickles down.

The nasty righteousness competition in the West — based on our new secular religion of equality, replacing Christianity — came out of this pathology of justification. The sneering one-upsmanship, condescension toward others, and cancel culture emerged from our conjecture that we could replace nature, the gods, tradition, and the kings which is failing in application as our societies decline.

Humanity remains lost. It does not know how to rule itself, and in paralle, how to achieve sanity and health. Its people are existentially miserable from lack of purpose outside the self, even as they become wealthier. Obsessed with victimhood and revenge, the West has become an increasingly paranoid and retributive place.

You will not hear this from your leaders because they have been filtered. Anyone with legitimate criticism of the system has long since been excluded, and they choose your leaders from those who remain. This applies to government, media, and increasingly private industry.

We built modern society upon a conjecture based in individualism. We thought that if we gave everyone freedom, magically a benevolent order would prevail. Instead, things have gotten nastier and become less functional. All human societies seem to decay this way: by addressing problems as we see them, we have made them worse.

Problems as we see them are effects; the causes of those effects lurk elsewhere. Until you address the causes, no amount of hammering on the effects will work. Paying people so that they are not poor, making our products green to compensate for our rising population, and penalizing “racists” for noticing the failure of diversity all fall under this umbrella.

Humanity will remain lost until we can maintain a positive mental state and goal. That requires reaching outside of the self toward reality, and aiming for positive effects in reality instead of trying to make ourselves feel better by justifying the failure as success.

Compassion in the only honest sense means making our systems work in reality and making ourselves sane so that we treat others well. This addresses cause; trying to subsidize, include, and tolerate others is a band-aid that tries to make the unworkable — and therefore discompassionate — into “compassion.”

As far as things stand now, we find ourselves in a car dashing at full speed toward a brick wall. Our elected leaders know this and have known it for generations, so they try to keep the car in motion while planning to jump out before impact. They have no hope of actual change.

For us to change, we need to ditch our false sense of “compassion” and replace it with focus on reality. The programs that voters squeal and scream if you revoke, like entitlements and diversity, are in fact not compassionate; they are a path to suicide, and this is obvious to the very few who study them in depth.

Humanity will not feel good about itself until it restores functional order. This must be done despite the sentiments of the herd, which like all human groups is united by the lowest common denominator of fear, and will requiring sacrificing many sacred cows. On the other hand, we get to survive that way.

Ironically, when capitalism increased the wealth of the world and drastically reduced its extreme poverty, it simply intensified the complaining. People with more to lose have more fear because they worry about losing what they already have. “Compassion” is their obstacle to actual change, since they fear that most of all.

The car keeps rushing toward the wall. No one in power will risk what they have by saying what is obvious, namely that all of our egalitarian programs have failed and need to be removed. They know that our governments are racing toward currency default unless we opt for world war in order to avoid it.

Everywhere we look the human experiment is failing because humans do the same thing every time and get the same bad results. Perhaps instead we should simply slow down, stop, and then consider which of our behaviors are realistic, and throw out the discompassionate spam with which we have been compensating instead.

DiversityWatch (December 22, 2022) | Accepting Conflict Within a Framework of Culture