Why I do not aspire to be King 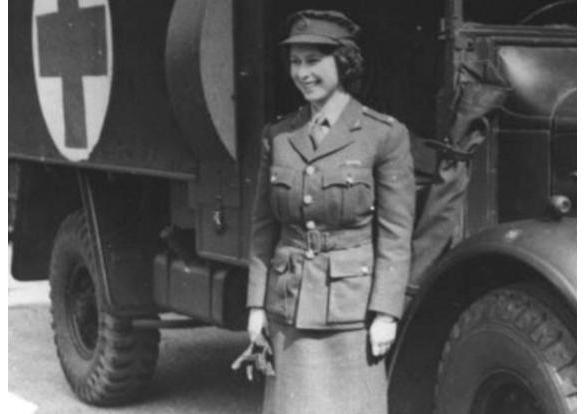 The cheap shot argument has become familiar to us all. If it were not for its use in political speeches and sitcoms, the constant backscatter of smarter-than-thou internet posturing would familiarize us all with this unfortunate vein of human discourse.

In such situations, the lone antagonist hopes to seem smarter enough for a moment to woo the crowd and dispatch with the person making a sensible argument, which in turn endears him to the crowd further, as they love the tearing down of the higher and its replacement with something more like their own insatiable egos.

On the topic of monarchy, there are several opening gambits by the smarter-than-thou crowd. Here is the single most typical one:

You: I think we need monarchy because democracy is basically lynch mob rule by committee and witch hunt, and we need to get someone smarter in there with real power to override the herd.
Poseur idiot: Oh, you think we should have kings, yeh? And the first one is you, am I right?

Here is my answer to any person dishonest and vapid enough to make that comment: No, a thousand times no. He obviously has no idea what it is to be a sovereign, so let me enlighten him quickly. A king gets exactly zero days off; even on vacation, he is the leader of his people and must not only be aware but must maintain the appearance, dignity and stance necessary to rule a nation. Imagine getting to go on vacation, but you must bring a laptop and you are on webcam to your boss the whole time. That is what it is to be king: you are never unobserved, and never off duty. You will die in office. From the moment you take the crown, you will always be maintaining the role of a monarch, which requires a command presence at every breath. Everything you do is under scrutiny; it is paparazzi times a thousand.

Queen Elizabeth outlined her view of monarchy with one succinct paragraph:

The ceremonies you have seen today are ancient, and some of their origins are veiled in the mists of the past. But their spirit and their meaning shine through the ages never, perhaps, more brightly than now. I have in sincerity pledged myself to your service, as so many of you are pledged to mine. Throughout all my life and with all my heart I shall strive to be worthy of your trust.

In prole-view, kings are rich people who get to be important. From the view of kings, they are the lowliest servants in the land. They never get to go home at the end of their shift, every error is noticed, and every action analyzed. They do not have weekends, and every holiday is a public occasion when they are even more in the spotlight. Further, unlike celebrities and ordinary people, they are not “themselves” when in public; they are symbols of the nation and its power, and must comport themselves accurately. Kings never have truly casual conversation because every word has meaning; they never can toss a few back at the pub and idly poke fun at or criticize some aspect of society. For a king, awareness is the trigger to action, and so there is no point in chatter; they are either able to fix the problem or not, and if not, it will vex them until they can. A king has no excuses, which is what makes the role so crushing. Outside of the vastness of nature and God, nothing stands in his way. What he notices, he must fix.

Where a democratic leader can look forward to four or eight years in office and then a long easy life of making a few speeches a year to pay for the mansion and servants, a king is granted his wealth only so that he might serve and all of it is tied up in his role. His palaces are also institutions and government buildings; his clothes and appearance are for public consumption. The king is first and foremost a servant, but he is a servant who is a guardian of power, meaning that he keeps it away from the undeserving and wields it well. Most people cannot handle power; a king must, like a man with lightning running through him, find some way to internalize and redirect his power in helpful ways. Part of that “serve for a lifetime” thing means that, unlike a democratic leader, a king does not get to run away from his decisions. They will haunt him or help him in the coming decades.

A king does not even get to enjoy celebrity as you or I might. The role submerges the man. On top of that, a king aims to be forgotten by history. The best kings were often able to gain quick victories or avoid difficult situations, and thus were forgotten by history. A king looks ahead toward threats and addresses them before they happen, because he does not need to show voters for approval. Voters require something bigger than a detail, but if you want to act before the disaster, details are all you get. A king must always be looking forward, and finds himself victorious by seeing the problem in advance of its becoming manifest and steering it off. For this reason, the best rulers appear to do nothing, because all that they do is behind the scenes.

The internet poseur idiots will ask, again thinking themselves intelligent and proving the opposite, “But what about a bad king?” And so… what about it? There are means for removal of a bad king, mostly — because someone unsuited to be king will want freedom from the stress — farming them out to be Duke of some obscure province where they can enjoy some luxury with no risk. This is done by a council of aristocrats, not by a vote but by the much more difficult method of reasoning to a conclusion with Socratic dialogues. You can have bad kings and remove them, but with democracy, you get an endless stream of leaders who use every disaster as an opportunity to advance themselves, and since they are all the same you would need to remove democracy to get the equivalent of a new king.

No, I would not aspire to be king. First because to do so is not only a mortal sin but an antisocial act, as it is above my station. Second, because I like life and a king never gets a life separate from being king. The role takes over the man. A king has to be clear enough in his relationship to life to not mind giving it up, for the most part, years in advance of death. Then again, he is the most fundamental servant of his land, someone dedicated to the act of ruling and not, like everyone else, to being himself. The keyboard pundits of the world may think every monarchist wants to be king, but monarchists know that a king gives his life in service and keeps nothing back. It takes a uniquely powerful, confident, secure and intelligent person to want that role. For the rest of us, we hope only to find such a person before democracy further destroys our nations, our peoples, our histories and our selves.

An alternative to socialism | Insight on how diversity is segregation