Why I am a monarchist 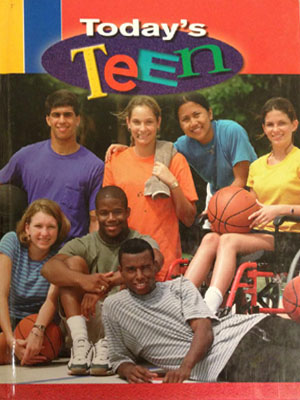 The media is still full of Trayvon Martin. Our television overlords want us to riot, so they have something to write about, and thus something to sell. Thus far, efforts to both burn down the USA and force the government to sue George Zimmerman have failed. That does not mean the media junkies, neurotic activists, professional race-baiters and other creepoids aren’t going to try.

In the meantime, at the Whole Foods near here, people are rushing to buy organic food. Regular apple, forty-nine cents. Organic apple? A dollar or more. But that “organic” tag really sticks out and makes people buy without even glancing at the price tag. Organic is always good. It makes me want to print up a bunch of 100% ORGANIC! stickers and put them on paper towels, jumper cables, enemas, etc.

What these people don’t know is that there are organic modes of thought, too. All organic means is that you consider the whole, not deconstructed parts. You worry about the end product, like a broccoli with nothing poisonous in it, rather than the fact that Round-up kills weeds and DDT zaps pests. If you lose some broccoli to the insect hordes, you accept that loss as inevitable.

In the same way, organic government isn’t about saving every head of broccoli. It’s about setting up a safe place for broccoli to grow, and realizing that there is no utopia and that there will be some losses. That allows society to move forward without having to come to a screeching halt if someone, somewhere is disadvantaged. Instead, society is like the broccoli farm: set up so that broccoli can grow, not so that every broccoli head is sacred.

Organic government takes many forms and they tend to lead to one another. The simplest is nationalism, or tribalism. Diversity — of any form: religious, ethnic, linguistic, cultural, even social class — doesn’t work. What does work is having a group with a common direction, tendencies and interests. That doesn’t mean identical, but similar.

Another organic idea is that of an aristocracy. Some people are better at governing than others; you put them in charge, and mate them up with others who are also good at it. Soon you have a resource pool of people who are genetically able to do this task. Rules can be bent, laws can be perverted, and language itself can be undermined.

Good people in the right places will generally do well, even if not in every instance. There will be some lost heads of broccoli, but the farm as a whole will be healthier. That’s in contrast to modern society, where each head of broccoli is “protected,” but the cost is that the farm is a nightmare and so no one is really happy.

All of these organic ideas converge on the idea of an organic society itself, which is the sense that there is one goal of a civilization, which is to have health in all ways. This requires a transcendent or abstract but realistic goal that is never fully achieved, like the goal of experiencing and enhancing the good, the beautiful and the true. Instead of seeing many issues, and becoming neurotic because there’s no way to get them all and thus they perpetuate, an organicist sees issues as symptoms of society’s ill health and fixes the health instead.

Monarchism fits into this view because it makes more sense to pick leaders based on their generalized traits instead of their views on specific issues, since specific issues never translate from the inward context of politics to the outer context of what appears significant to observers. If you pick someone who is a good leader, they can handle anything, and will get to the core of the issues — something those of us here in the outer context cannot — and they will find a way to fix them. No, it’s not transparent, but transparency hasn’t produced the results it promised. Once again, this does not promise to fix every instance, which our current society promises but fails to do, but instead focuses on the health of the whole and acknowledges that some exceptions, injustices, tragedies, anomalies, etc. will occur.

An organicist would look at the Trayvon Martin situation as a tragedy of many levels. First there is the tragedy of Trayvon himself, who has some kind of nightmare of a home life that left him unsupervised and without guidance, for which he turned to popular culture of some kind. When your kids are getting high and stealing stuff, you’ve failed as a parent. Then there’s the fact that diversity can never work, because it forces groups to either give up their identity and become assimilated, or retain their identity and be outliers and excluded. Finally, we can look at the fact that pluralism creates social chaos, as does the constant competition for power that is the hallmark of liberal democracies. Then there’s the crisis of overpopulation, which packs people in so tightly that conflict is sure to result.

The difference between a monarch and a democratic leader is that a democratic leader will look at each of these problems and try to design a solution to each one, after a disaster has happened. A monarch will look more arbitrarily at the whole, and more sensibly decide to tackle these problems before a crisis happens, sheerly on the basis that this type of existence is a bad idea. It’s ugly. It’s inefficient. We may not be able to “prove” it or write an equation for it, but from all indicators, they are a crisis waiting to happen. An organic leader doesn’t look toward specific failings, but fixes the society as a whole, by getting rid of diversity, pluralism, social chaos, and so on.

We are tempted now to cheer for one of the two “teams” set up after Trayvon’s death and the ill-advised prosecution of George Zimmerman. However, there’s really only one team, which is our civilization. And only one question: how healthy is it? The answer seems to be that it is unhealthy, and until we fix that, there are more Trayvons out there lined up for sacrifice, and no matter which side wins, no justice will come as the injustice will keep zinging between the teams like a ping-pong ball, until the ensuing chaos absorbs us all.