Why Gen X Kids Have a Permanent Thousand-Yard Stare 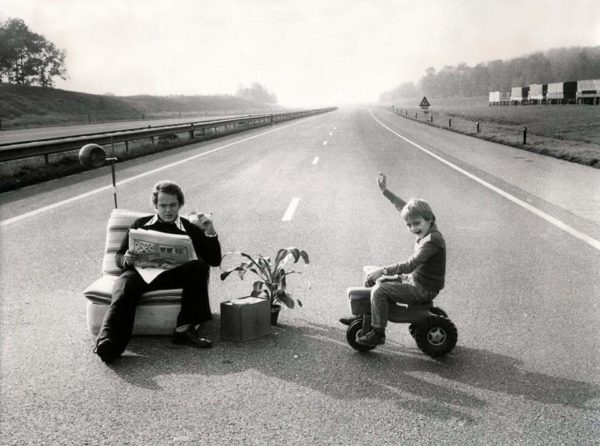 Ideas have momentum because a concept, once applied in the small, will be used in other areas, expanding ever-outward, until it reaches a contrary force which can control it. The idea of individualism, or that the preferences and desires of the individual are more important than adaptation to the patterns of reality, gained momentum and rolled over us like a bowling ball.

No one has seen this more than Generation X. We were ground zero for the effects of the decisions made by the Me Generation, or Baby Boomers, who were really just expanding on what their parents (the “Greatest Generation”) did. They were all individualists, and thus egalitarians, because equality means that no one can interrupt their activity just because the result will obviously be bad.

Perhaps the most visible impact of the bowling ball was the sacrifice of the family to ideology:

I read Strauss and Howe’s 5-page description of the built-in craziness of childhood in the 1960s and 70s nodding the whole time. Someone is finally saying it: Gen X had a shortened, unsettled, unstable childhood and it permanently affected the way we see the world. Permanently. Affected. Permanently. Latchkey kids were left unsupervised daily and many of the rest of us were allowed to do adult things far too early.

…The kids in Gen X experienced family breakdown, then, because their parents flaked, because they put themselves first, because the kids in our generation weren’t “worth the parental sacrifice of prolonging an unhappy marriage.”

…Gen X is made up of kids who were told by word and action that the happiness and well-being of the adults in their lives was more important than their happiness or well-being. And many of us are tired of the unhappy housewife meme. We are tired of being told to be grateful for the freedom, to be glad we didn’t grow up in the oppressive climate of the 1950s. Plenty of Gen Xers (and Gen Ys) would have traded the “liberation” given them for Mom and Dad living in the same house and dinner being on the table regularly at 6 PM. We can’t appreciate rebellion against security and authority because security and authority were scarce resources in our childhood.

Mom and Dad were individualists. That is: their personal desires and preferences came first before all else, and their kids were collateral damage. The family — a pattern of reality, because it is a mathematically optimal adaptation to the need to reproduce and pass on social capital — came second, and therefore it was sacrificed for the individualism of Mom and Dad.

This tells the kids several things. First, “you are not important enough to us for us to sacrifice.” Second, it tells them that their origins — the very genetics that make them up — were bad, or at least mismatched. Kids, who spend more time in nature, are acutely aware of the importance of genetics. Finally, it says that Mom and Dad really care about nothing except themselves, so all that grand talk about people being equal, peace on earth, helping the poor and wanting a Black president was just external adornment designed to make the individualists look cool to their friends.

In addition, the divorce mess paralleled what was happening to society. People no longer cared if ideas were true, only that they were convenient. Institutions and learning of the past were abandoned for whatever self-help-book-styled drama was fascinating people at the moment. Politics even became a question of vanity, with each person picking a pet issue (drunk driving, abortion, Tibet, Mandela) that flattered their self-creation story.

Generation X were born knowing they were doomed, and around them saw the insanity proliferating because people sacrificed reality to the individual. As something external to those individuals that were their parents, Generation X were a scapegoat and a sacrifice, something upon which the effects of parental actions were irrelevant because it did not matter.

As a result, they took to their rooms and rarely ventured out. At jobs, they generally got bulldozed by the more ambitious, and stayed content with having enough money to survive and a job that was pleasant enough to tolerate. They did not marry as much, nor really date as much, because all of those things were threats that made them subject to the individualism of one another.

If they ever regain their heart, this generation will send the bowling ball rolling back over the individualists, and implement the kind of radical stability that a damaged child might imagine would repair the hole in his heart.