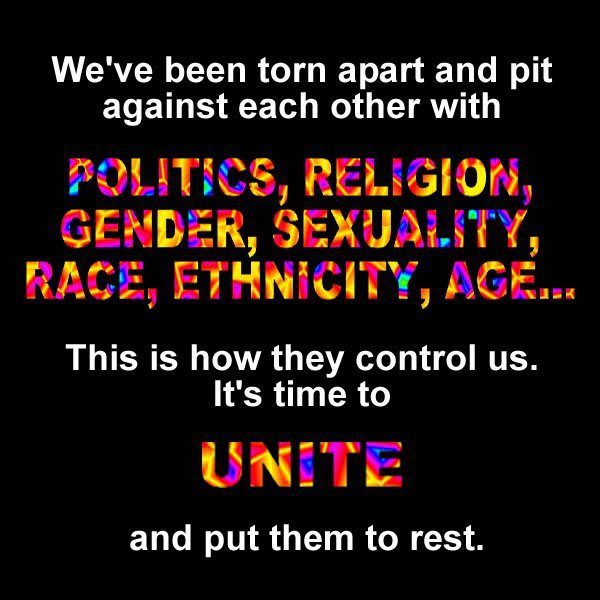 You may have seen a popular trope or meme floating around that suggests that our faux elites divide us by race, and that if we just join hands, we can unite ourselves to oppose those elites. Absurdly many conservatives support this.

The roots of this meme can be found in an idea from Karl Marx, describing it through the metaphor of Irish immigration and African-American dispossession:

Owing to the constantly increasing concentration of leaseholds, Ireland constantly sends her own surplus to the English labor market, and thus forces down wages and lowers the material and moral position of the English working class.

And most important of all! Every industrial and commercial centre in England now possesses a working class divided into two hostile camps, English proletarians and Irish proletarians. The ordinary English worker hates the Irish worker as a competitor who lowers his standard of life. In relation to the Irish worker he regards himself as a member of the ruling nation and consequently he becomes a tool of the English aristocrats and capitalists against Ireland, thus strengthening their domination over himself. He cherishes religious, social, and national prejudices against the Irish worker. His attitude towards him is much the same as that of the â€œpoor whitesâ€ to the Negroes in the former slave states of the U.S.A. The Irishman pays him back with interest in his own money. He sees in the English worker both the accomplice and the stupid tool of the English rulers in Ireland.

This antagonism is artificially kept alive and intensified by the press, the pulpit, the comic papers, in short, by all the means at the disposal of the ruling classes. This antagonism is the secret of the impotence of the English working class, despite its organization. It is the secret by which the capitalist class maintains its power. And the latter is quite aware of this.

The above is simply a restatement of “workers of the world, unite” and other ideas: there are some wealthy people who are more powerful than you, so what is important is not making a functional society, but uniting against these wealthy people on the basis that they must be oppressing you, because if you are equal and ended up poor, it can only be because someone held you back.

In reality, what divides us is biology. People like to be with others who are like them, which includes race, ethnicity, caste, class, region and religion. This division serves to create a social order, which consists of unequal people doing unequal tasks for the same goal, as opposed to a uniform order of identical people all doing the same thing at once. Marxism is the ideology of the factory.

Further, our goal is not to overthrow those in power, but to ensure that power is handled by those with the natural ability to use it well, a talent comprised of both congenital intelligence and inborn moral character. Very few are competent in this arena, and they are hated by the herd, which wants to hold them back because competent leadership will mean restriction on what the crowd can do.

Humans instinctively melt for two ideas: freedom/anarchy and subsidies/socialism. Freedom, or anarchy as most people interpret it, means that they can do whatever they want, forgetting that they actually need a much narrower range of options since what they do is related to what reality rewards, and is not arbitrary. Subsidies mean that they do not have to face the consequences in reality of their illusory acts.

Our history can be understood as a constant struggle to subdue the inner human desire for stupidity, namely anarchy and socialism, with the winners being the civilizations that use principles, values, culture and hierarchy to keep the human animal from raging out of control in pursuit of its vainglorious illusions.

Socialism in particular is appealing, and might be described as “economic equality” in recognition of this fact, because it promises that we no longer have to answer to Darwin and adapt to our world, but whatever we do, will be supported by civilization. This is similar to how equality makes good and evil equal, which basically means that evil becomes more efficient and predominates.

Since humans want to pursue these illusions, they have to invent a counter-narrative to actual history that re-styles our past as a pursuit not of sanity, but of these mysterious universal, absolute and open-ended (infinite scope/context) terms that make people have an emotional reaction, like freedom, liberty, justice, peace, equality, tolerance, pluralism and socialism. They are all the same idea at their core, which is equality, or protection for the human individual against reality by using the power of the State.

Conservatives fall into this Marxist rhetoric because they want to believe that “people power” would thrust society in a conservative direction, when in reality, the more power that people have, the farther Left they go until they destroy that society, which is why human history is a jagged graph of successes followed by failures.