Turning and turning in the widening gyre
The falcon cannot hear the falconer;
Things fall apart; the center cannot hold;
Mere anarchy is loosed upon the world,
The blood-dimmed tide is loosed, and everywhere
The ceremony of innocence is drowned;
The best lack all conviction, while the worst
Are full of passionate intensity.

All of these are fatal to a society, at least when more than one-fifth of the population deviates from the majority (estimate from Jonathan Haidt, but source unknown at this point). 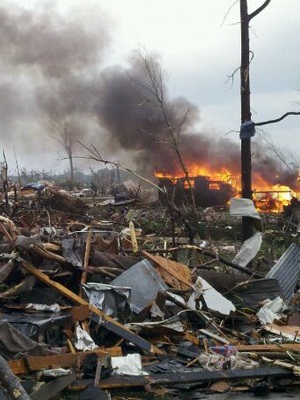 The opposite of diversity is consensus. Consensus takes other names: cooperation, collaboration, agreement — they all mean the same thing, which is that instead of fighting one another like squabbling monkeys, we work together toward the same abstract goal or ideal.

Diversity-mongers create a fake ideal out of circular reasoning. In the diverse world, they reason, everyone has a consensus, which is diversity itself.

Diversity-mongers like diversity because, without a majority, there are no moral standards, there is no “meaning” to actions (as achieving a social goal), and there is no oversight. It’s like class when the teacher’s back is turned, which leaves only one option: the desires and materialistic urges of the individual.

This in turn shows us the downfall of diversity. Acting in our own self-interests brings us into collision, and because there is no standard, there can be no solution:

Vaughn Walker, the retired judge who overturned California’s gay-marriage ban, Prop 8, has confirmed that he himself is gay and in a long-term relationship â€” prompting conservatives to try to get Prop 8 reinstated. Gay-marriage opponents have long complained that Walker was biased, citing rumors about his sexuality. Now they say he should have recused himself to avoid suggestions that his interest in marrying his boyfriend influenced his decision. Did Walker have a conflict of interest?

This logic would disqualify every judge: Prop 8’s defenders claim that gay marriage is so damaging to the institution of marriage that the government has a vital interest in preventing it, says Adam Serwer at The Washington Post. The trouble is, by that logic, “a heterosexual, married judge could be seen as having just as much ‘skin in the game’ as judge Walker.” Gay-marriage opponents clearly think that straight judges can be impartial, but gay ones can’t. – The Week

In this quote above from a news magazine renowed for distilling news to simple soundbites so people feel comfortable in ignoring it, we see a partial truth. If a judge is biased for being homosexual, a heterosexual judge is also biased. The grim truth is that, in contrast to the one-sided view presented above, both judges are biased.

You can see from this example that diversity introduces inherent conflict, which because it looks for exceptions to the rule, is bigoted against the majority. But even that bigotry against the majority can’t save diversity, because clashes exist between minority groups. What if Hispanics aren’t pro-gay? What if blacks are pro-transgendered?

We divide our society then into infinite competing groups which overlap, causing mixed loyalties and adding to the chaos. But the end result is no common standard except the law, and the law serves itself, since it does not have a consensus to guide it.

To protect its 3.3 square miles, Kings Point plans to install 44 cameras and license plate readers at each of the 19 points of entry. The devices will take pictures of every vehicle and license plate and compare them to data bases.

Hint: organizations and technologies tend to serve themselves. If you give government a new power, it will expand in order to justify that power and the salaries paid in supporting it. Soon the power will be applied far beyond its original scope.

Technology is the same way. Today it’s a neighborhood; tomorrow, when we find out that this crazy 1984 stuff actually does make it harder to get away with crimes, it’s going to distribute to the whole city.

Now you start to see it… with diversity, there is no clear standard. It’s a constant war to define a standard. Who do you trust? You have no one who has your back and can say, “Dave really tried to do best by our social standards, so this one little infraction with the smuggled napalm can be overlooked.”

Diverse societies are more litigious, paranoid, defensive and self-divided. There are no good guys or bad guys, only Our Team versus every other team.

From multicultural festivals to pronouncements from political leaders, the message is the same: our differences make us stronger.

But a massive new study, based on detailed interviews of nearly 30,000 people across America, has concluded just the opposite. Harvard political scientist Robert Putnam — famous for “Bowling Alone,” his 2000 book on declining civic engagement — has found that the greater the diversity in a community, the fewer people vote and the less they volunteer, the less they give to charity and work on community projects. In the most diverse communities, neighbors trust one another about half as much as they do in the most homogenous settings. The study, the largest ever on civic engagement in America, found that virtually all measures of civic health are lower in more diverse settings. – The Boston Globe

Is this the fault of the ingredients of diversity, the individual groups? Can we blame all of this on a group like, say, African-Americans or Jews?

No, because it happens with different groups as well. What the two situations have in common is diversity itself. It’s not who is diverse, but the fact that the society as a whole is diverse, that causes the problem.

Most people will try to take it personally and figure that if diversity causes problems, it must be because someone just isn’t sharing their toys with the rest of the class. It never occurs to them that some designs for society are inherently unstable.

Over the last six decades, our world has become increasingly diverse — and as a result, a counter-reaction brews:

Here in the West, diversity seems new to us. That is not so for the rest of the world. In many parts, the inhabitants can trace problems that have occupied them for centuries to an ancient diversity program.

While in the West we use our allegiance to the dominant altruistic dogma, which includes diversity, as a means of raising our social status above that of our fellow citizens, the rest of the world has been awakening from this directionless dream.

They are instead embracing the only kind of society that holds together under duress: one with a center, or a consensus, on which cooperation can be build. People prefer cooperation to control, or a single agency forcing everyone to do what is “Right.”

Diversity is a path to control. With nothing in common but dogma, people collide on values. Since there is no norm, government is tasked to derive a norm and enforce it, usually for the basest of economic, political and military motives. The people then become servants of this dogma.

The end result of complete cellular representation is cancer. Democracy is cancerous, and bureaus are its cancer. A bureau takes root anywhere in the state, turns malignant like the Narcotic Bureau, and grows and grows, always reproducing more of its own kind, until it chokes the host if not controlled or excised. Bureaus cannot live without a host, being true parasitic organisms. (A cooperative on the other hand can live without the state. That is the road to follow. The building up of independent units to meet needs of the people who participate in the functioning of the unit. A bureau operates on opposite principle of inventing needs to justify its existence.) Bureaucracy is wrong as a cancer, a turning away from the human evolutionary direction of infinite potentials and differentiation and independent spontaneous action, to the complete parasitism of a virus.

(It is thought that the virus is a degeneration from more complex life form. It may at one time have been capable of independent life. Now it has fallen to the borderline between living and dead matter. It can exhibit living qualities only in a host, by using the life of another â€” the renunciation of life itself, a _falling_ towards inorganic, inflexible machine, towards dead matter.)

Bureaus die when the structure of the state collapses. They are as helpless and unfit for independent existences as a displaced tapeworm, or a virus that has killed the host. â€“ Naked Lunch, p. 67.

The choice of society is clear: cooperation, or control.

If we have a center, we can cooperate.

If we do not, we need to make a fake center — a strong bureaucratic government — to invent an artificial culture, usually based in control, and then enforce it on all of us.

Diversity is the cause of this control, and of society falling apart because its center cannot hold, and of distrust, and misery.

This is not the fault of the ethnic groups involved, but the fact that we are violating the laws of physics to expect two or more patterns to occupy the same space. Diversity believes that two or more cultures can exist within the same society, but the truth is that those cultures must either (a) give up their own standards and accept a lowest common denominator, utilitarian standard or (b) constantly be in collision not only with each other, but whatever utilitarian standard the society has adopted.

We can see why diversity is popular with the ruling classes: it creates a disunified, cultureless, valueless population that requires a strong government to shape it. Government loves this because it justifies hiring lots of cops, bureaucrats and other controllers. Business loves it most of all, because it creates a vast group of people with no direction in life, so they cast about for meaning, buying lots of products in the process.

Since we have implemented diversity in the West, our fortunes have fallen and our enmity — racism, class warfare, squabbling — have increased. We have looked for someone to blame: the majority, and some blame various minorities. But none of these explanations have made sense.

Instead, we are starting to have to admit the obvious: “diversity” means social breakdown, which leads to tyranny, and finally to civilization collapsing. When we lose our center, we lose all hope.