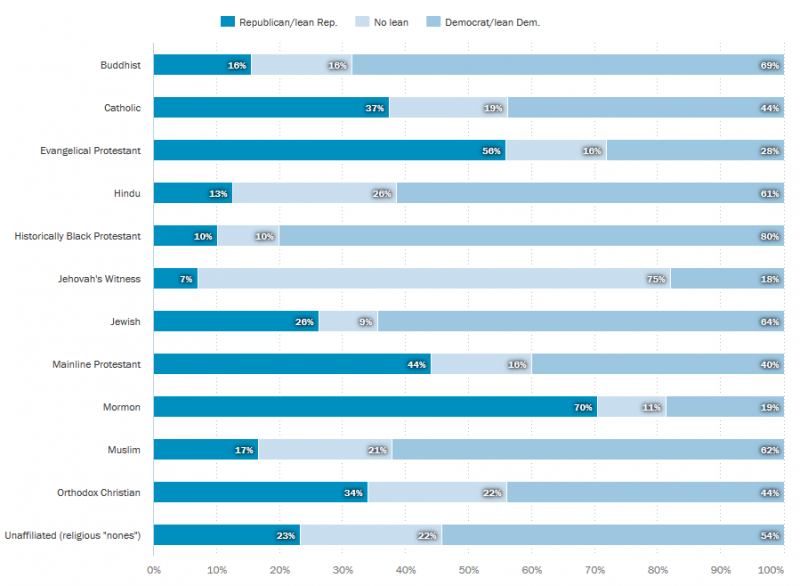 Diversity will never be functional because humans require context. Things like heritage, culture, and religion serve as dictionaries for our views of the world, much like the “junk DNA” in the human genome serves as a library of possibilities.

Another view of this comes through a voting by religion, with it clear that only Mormons and evangelical Protestants consistently vote conservative.

Ironically, mainline Protestants vote more for conservatives, but have a 16% swing vote in the middle. Other groups — Catholics, Jews, Muslims, Buddhists, Hindus — vote widely for the Left, probably due to their identities as outsiders to the majority mainstream and their historical voting patterns.