The origin of entitlement 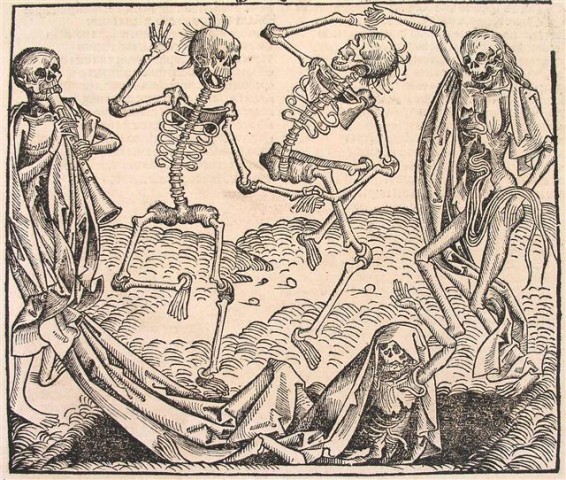 Life is never taken at face value. That rule is learned early on: appearances are false, people manipulate.

But conveniently, once we get socialized around the fourth year of school, we forget. We forget as part of a mutual trade with others so that we can all have our secrets.

When we break away from that pointless taboo however life takes on a new dimension. We see not how people explain their social intentions, but what results they were sure to achieve, and thus what their actual intentions are.

One area where this is important is the interplay between egalitarianism and entitlement. Egalitarianism is the demand that all people be equal, before we see how they behave or what they can do. Entitlement is what happens when egalitarianism goes a step further, and people begin to argue from equality: because I am human, I am equal, and thus I deserve my share of what is there for… for simply being human!

Take a look at this immensely interesting study:

Known as the â€œbetter than average effectâ€ to psychologists, people tend to overestimate their IQ, memory, health, tolerance and, of course, driving ability, relative to other people.

Now, in a surprising study (see abstract), British scientists have found that this effect extends even to prisoners.

From their study of 79 prisoners from a prison in south England, they reported on the better than average effect (BTAE) among the prison population there:

Prisoners consider themselves more kind and more moral than the normal person who is not in prison. They admit they are only “average” in terms of how law abiding they are, but definitely not, you know, less law abiding — which might explain why they’re in prison.

When I say that narcissism, solipsism, reversed thought and passive-aggression are the number one health problem today in the West, this is what I am speaking of. There is widespread delusion here because their thinking is based on justification, not analysis.

Imagine for a moment that you started doing something wrong. You knew it because it was obvious, like taking candy from a store. Eventually you are caught and sent to prison.

How do you parse this in your brain? One way is to go pure animal: I was doing what I needed to do for sustenance, and now I am caged, so I will gnaw at my cage until I am free.

Another is to take a moral view: what I did was wrong, and now that I am caught, I can repay in some form or another and perhaps not make the same mistake again. It was a mistake.

Yet another is justification or rationalization. It was just bad luck that I got caught; most people do these things. In fact my motivations were better than most, since I gave candy to an urchin one day. I’m a good person actually, I just got a bum deal here.

You see how this has the aggressor (the thief, and all thieves are horrible) has styled himself as the victim in a few short logical leaps? The ability of the human mind to shift from objective-based thinking, where it moves toward a goal, to adaptation to something other than the goal by using social logic, is one of its most amazing attributes.

Social logic is what enables egalitarianism to shift to entitlement. If we are all equal, and I am in jail, it is an imposition on me. It is not just bad luck, but unfair. Thus, I am a victim, even if by my own hand.

This same sort of logic is what happens when a socialist regime takes over. People are given equality, and often income, before they have made a contribution or shown a willingness to do what is right. Thus there is no right, only those who are caught and those who are not. Everyone cheats.

Repair Man Jack over at Red State reveals why this mentality leads to the end:

So behind all the benevolent language about being free to quit is a call to greater personal dependence instead of responsibility. Why isnâ€™t this relief from responsibility good? It is antipodal to good because it takes a free-minded, productive and independent citizens and turns them into the human equivalent of intestinal parasites. These parasites then degrade and eat out the sustenance of others.

The Soviet Union collapsed like the French Revolution before it because egalitarianism — radical individualism — is the equivalent of giving society cancer. Everyone acts in self-interest, and no one acts in the interests of the society at large.

Of course we try to fake it with enforcement. We add tons of cops, surveillance state, whatever. But there is no way to watch all people all of the time so that they are all doing the right thing. Thus cheating becomes the norm.

Such societies never last long. The paradox of this is that they cease existing when they stop demanding that people do the right thing in order to get reward. Without that, what you have is not a society, but a temporary collaboration for financial gain.

Why conservatives should celebrate William S. Burroughs | The path of isolation