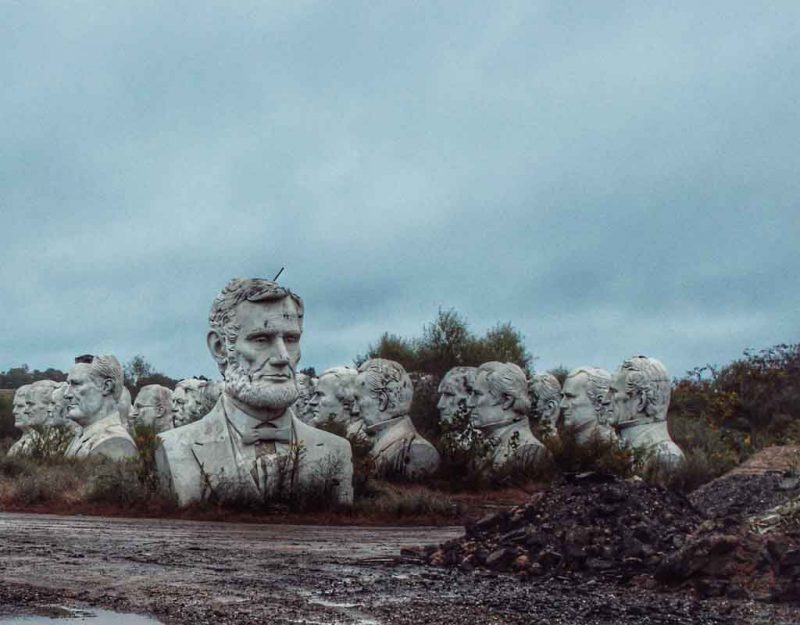 We have been told over and over that we are children of immigrants from countries all around the world. In today’s progressive culture only the Amerinds — formerly called “Native Americans” or “Indians” (Christopher Columbus’s gaffe of continental proportions) — are said to be the original inhabitants of this land.

It is said that this land was claimed peremptorily by European adventurers and Puritan refugees as well as their “racist” minions (who are labeled “land grabbers” or “squatters”: we prefer “colonialists” or “immigrants”).

We are led to believe as well that the “true” residents who worshiped The Great Spirit of buffalo-rich plains and unfenced territories that seemed to have no end were exploited by alien interlopers from far away places.

In truth, the Bering Strait migrants who traversed a thin land mass millennia ago predated the head-feathered tribal warriors that marauded across the unnamed continent that stretched out forever through verdant forests and rolling, flowered expanses.

The natives laid claim to the soil and sacred ancestry that gave them a legitimacy that Europeans lacked, or so they proudly avowed. Borders and property ownership would come much later with the advent of the White Man’s technology and lust for conquest in the name of foreign kings and queens.

As we now have found out, Columbus Day has been renamed “Indigenous Peoples Day” because the man from Genoa was after all a hired explorer and sowed the seeds for the extermination of millions of natives who had been in America for thousands of years before his three little vessels reached the coast of Hispanola in 1492.

To his dismay, there were no coveted spices or precious stones from Asia  that he was charged to bring back to the Spanish court, only placid Caribbean inhabitants who viewed his crew with amazement. There were no riches to plunder and justify the costly, historical voyage that changed the face of the Western world.

As the Europeans began to come to these shores in greater numbers, the indigenous peoples grew more hostile and attacked the settlers. Wars broke out when the settlers and military units moved relentlessly toward the Western plains.

And, no matter what the tribal leaders concocted to deter them, the White Man kept coming in untold numbers.

To pave the way for expansion, tribal members were rounded up and sequestered on “reservations”; this alone put an end to the wars that pitted equine warriors armed with bows and arrows against the fury of canons, cavalry charges, and high tech rifles that devastated young and old.

Centuries later, Columbus has been defamed in the annals of our revisionist and woke-laden history.  Without his foresight and courage, nonetheless, America would not be the country we know today.

In a sense, the Europeans were the initial non-Asian immigrants.  Millions crossed the ocean willingly with no fear of repatriation. There were no check-points, no border patrols, just endless shoreline and forests as far as you could see.

However, the medieval Vikings in their longboats settled for a few decades in the Canadian wilderness centuries before the Spanish invasion.  Over time the Norsemen disappeared into historical anonymity.  So technically speaking, Columbus was just another adventurer from Europe, but one whose name is honored in multiple countries and regions.

In the expanding America, sturdy bodies were needed that wouldn’t be a burden on the new economy.  The indigenous peoples were quickly replaced by the nomadic hordes of strangers to the New World who knew that good fortune awaited their bold temperaments.

Yankee ingenuity, budding sciences, and technical skills all meshed to create a world that Europe could only dream about.

Pioneers came for many reasons: opportunity, social mobility, and political freedom.  Uprooting one’s family and leaving the familiarity of village life was and continues to be a daunting task.

Migrants still come by sea, but more and more through the jungle-like trails of Central America. President Biden and his advisors have broadcast to the world that our southern border is open. Once the wretched travelers have set foot on American soil, they will be permitted to stay, especially those holding small children.

The journey to the American border is arduous and expensive. How can these so-called impoverished asylum seekers be permitted to go from country to country and not be interdicted by the local authorities?

If Panama is the launching point of the northern migratory caravan, then other countries and borders also have to be crossed. Where are the customs officials or border police to stop the unending river of migrants? Bribes and cultural complicity ease the way hasta el norte.

If the process were reversed and hundreds of thousands of Anglos crossed the Mexican border in long sinuous caravans and blithely traversed their territory on the way to Central American countries where they would demand asylum, what would the native response be?

The uninvited Anglos would require — free of charge — food, lodging, medical care and education in English to satisfy their needs and growing families.  Would they be welcomed with open arms as future assets?  Hardly. The impoverished many would be shipped back home without hesitation by the host nations. No country other than America would allow migrants who are economic burdens to enter and take up residence in their countries.

Columbus was not the first European to “discover” America: that was done by the Vikings five centuries earlier.  His essential contribution was to prove that the mighty Atlantic was not a barrier to the exploration of a new continent and other unmapped lands.

In a sense, Columbus was the Lewis and Clark of his time, the intrepid pathfinder.  He showed the way to the adventuresome spirits of Europe who followed in his footsteps and he discredited the medieval myths and folklore that the Earth was flat and that the ocean was inhabited by unspeakable monsters.

Why deface his statues with graffiti to symbolize contempt and shame?  His persistence, political skills, and determination against all odds created a new approach to the Western Hemisphere.  It is only appropriate that cities, a river, and counties bear his name in the United States.

Perhaps his harsh governance, at times brutal, and economic motives can be challenged or morally deplored by modern standards; just the same, with the exception of Marco Polo what other Italian explorer merits such accolades?  He was the geographical beacon that millions of immigrants have followed for centuries.  His monuments are not assaulted or torn down in Central or Latin America.  Historians acknowledge his worth by dividing Latin American history into pre-and post-Colombian eras.

He was not a conquistador, but a seeker of new lands to explore and develop.  Where would America be if he had not had the courage many, many years ago to set sail in three small boats toward an unknown goal in unchartered waters?