Why being tough on crime keeps society from imploding 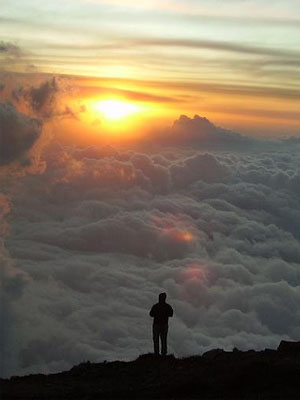 There’s an ugly space where proof is useless. One side says prove it, the other points out that data is not being collected or cannot be, and then you realize that “facts” won’t answer the question.

In the case of crime, it seems like perhaps 20% of the population is opportunistically criminal or outright criminal, and everyone else is fairly law abiding. This can’t be proven, but neither can any other theory be considered consistent with the total of the facts.

The unholy combination of Big Brother, the Nanny State, and the same bureaucracy that ruled your high school justifies its own presence because of the activities of these people. The psychopaths, nutjobs and social chaos make a strong central state appear essential.

Of course, there is another way — exile those who are criminal or mentally broken — but you are taught since kindergarten that this is wrong, and we must never do this, because then someone will put us in jail.

The fact that this type of system is no different than our current system except for the nature of the punishment escapes such people, as does the fine line between “not guilty of this crime” and “guilty of related crimes” that seems to mark most exonerated individuals.

Democratic societies cannot do what they must when it comes to broken individuals. In the name of tolerance, they endorse criminality. In the name of equality and justice, they unjustly force us all to be victims for those who are broken.

Recidivism rates are consistently high across every type of society ever tried. This is because poverty is not the cause of crime; a short-sighted and selfish or sociopathic outlook is the cause of some individuals (not all) being willing to commit crimes.

Obviously I’m not talking about kids shoplifting gum a few times, or teenagers smoking dope (although that isn’t good for them either), or even people making one foolish decision. This is for career criminals who commit crimes of opportunity.

People don’t like to think of it this way, but society should decide justice on the basis of moral consistency. Do right, be rewarded; do bad, be punished; do nothing exceptional, get nothing.

In fact, this should be the only concern. It doesn’t matter if it costs more or less, upsets the Europeans who wring their hands over the American “prison state,” or is unsightly at social gatherings. Be consistent. You owe it to your population to give them clear rules and uniform followup.

Civilization is less oppressive when the rules are few in number, clear and in the open, and consistent so that you can guess them from a few central principles even if you don’t know the specific rule. The sense of balance — that all good acts are rewarded and all bad ones punished — also gives people trust in the process of behaving themselves, and allows them to build on social stability through commerce, culture, education, the arts, etc.

You might ask yourself why any nation would choose the opposite of this, which is a vast morass of laws that are inconsistent, uneven enforcement, excuses for victimhood, and other chaotic adaptations.

The answer is that it keeps them in business. People don’t overthrow governments for having too much crime around. They cling more tightly to them, buy more security products, and in general turn moral relativism into a glowing little profit center.

A game of poker | Pushing back against the hivemind