Why are people so determined to remain asleep? 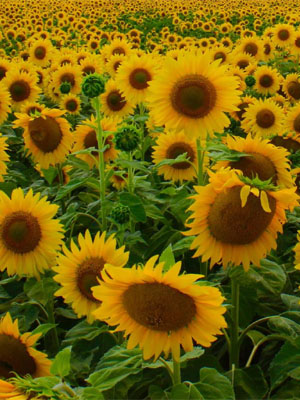 A wise man, in an ancient land, once said: the whole world is asleep. It is only when you realize the dream that you wake up, and become the loneliest man in the world.

As I walk through these streets darkened by the invisible shadows of future events, I see all of the signs. The corruption. Personal dishonesty and lack of accountability. Defensiveness, denial. A culture strung out on drugs, television, alcohol and sex. Most things broken or dysfunctional.

And yet the sounds that greet my ears are of celebration. We have freedom, and we’re better than everyone else. We have pluralism, so everyone can be whatever they want. The cult of the individual sings out its own praises, louder and louder, as if trying to drown something out.

But then when we look at the infrastructure the rot is profound. Good people hide away because insanity is defended and those who are perceived to be oppressed given the upper hand. Equality is the rule for all, unless it didn’t work out, and then it is forced.

The result is a society that sacrifices its best. It replaces noble minds with crass commercial minds, and puts a herd of peasants in control where it needs specialized thinkers. It drowns itself in emotion, in pity and self-congratulation, to avoid seeing the obvious.

So after walking through a days’ worth of this, a brave sensitive thinker will be exhausted. By the mental effort to parse the disorder. By the soul-force required to untangle the lies. By the thrust required to dampen empathy so that one does not drown in pathos for this lost world.

This person will also have noticed the subtlety of it. The gradual disappearance of tall, slender, noble-looking blonde people and their replacement by short, dumpy, dark and coarse people. The incremental dumbing-down of everything. The whoreness of people. The loss of faith in anything but the cash and carry.

It’s impossible to avoid seeing, once you’ve seen a part of it. This is because, unlike how humans like to think order is a neat hierarchy, it can be perceived in a cellular way. Each item represents a microcosm of the whole. And so when illness afflicts the whole, it shows up in each as well.

And yet it’s the best-kept secret in the world because if you talk about it, people stop talking to you.

Why are people so determined to remain asleep? Because it remains challenging enough that once they have clawed their way through idiots and have their own heap (of wealth, power, status, etc.) they are too exhausted and too defensive to do anything that might cheapen that achievement.

When people were clawing their way up, only idiot jerks succeeded; once the clawers have “succeeded,” only geniuses succeed. Patting themselves on the back, the look down at anyone who has less than they do. And that’s how this system maintains order.

Breaking through the barrier and “waking up” is impossible. They are hellbent on ignoring anything that might undermine their own “success,” and if that means defending this society as it slides into the abyss, so be it — they don’t care.

All the advice we get, as budding dissidents, is to flatter them and appeal to them and then to suggest nicely that maybe something’s amiss in Denmark.

After years of trying that strategy, I have to say it’s the worst idea ever. It doesn’t work. They take the flattery, and use it as an excuse to treat you like a slave. And then they ignore you.

I have a different suggestion: belittle everything. Notice how cheap this society is, how our engineers aren’t geniuses but drones, how our lawyers aren’t innovators but droids, how our leaders aren’t brave but cowardly spreadsheet-wielding MBA types.

Mock the professions. Poke fun at science, which is usually wrong despite our religious belief in it. Make fun of people’s titles, their friend groups, and their imaginary achievements. Laughingly ignore their blogs (except this one – Editor).

Restore to this world a sense of how cheap and repetitive most of it is. Trivialize the so-called accomplishments. Against this, they have no offense. They’ve built their egos on it, and made everyone equal so that their own identity becomes sacred.

When you cut it down, they have no choice but to pick themselves up and look for a new one, perhaps not one so fragile as the egomaniac individual.

Societies die when they’re based on lies | Demonology