Societies die when they’re based on lies 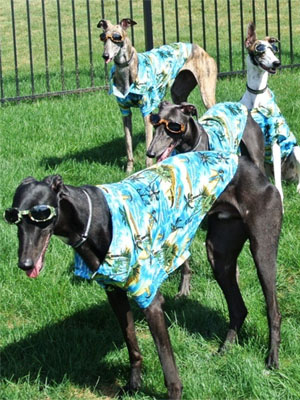 When a civilization is new and healthy, there exists something called “common sense” that you can expect most people to have some of.

People actually try to learn it. They study it in others, remember different aspects of it, and pass it on. It’s considered a good thing that you can have without regard to age, wealth, education or sociability.

As civilizations go on down the path of aging, they replace knowledge of reality with knowledge of themselves. People lose common sense, but they sure can read bus schedules, clip coupons, decipher political speeches and recite jokes from their favorite TV shows.

Somewhere in here, the society becomes based on lies. The illusion is that these are government lies; the truth is that they are lies told by individuals to make themselves seem more important, generous, compassionate or hip.

For example, there’s a lot of people out there trying to convince you that they have good souls and that they have found divinity. Some are preachers, but most are everyday folks and/or celebrities.

I knew one group of people who would go on missions to a desolate third world country. They’d show up, build toilets (the ones from the year before were no longer work), teach kids how to use condoms, and then go home.

Others are out there giving money to the poor, or making defenses of human rights. Some are even leakers or “whistleblowers.” All are competing for your attention, and they want you think that they have something holy within them.

I have some ugly news for such people: there is only one way to have good or holy in your soul, and that is by having it. You can’t fake it by imitating acts that you think mean holiness, and then have all of us accept that you have found wisdom.

These people would like us to think they’re Christ come down from the Mount, Buddha after seven days under the bodhi tree, or shamans emerging from mystical chants in sweat lodges. They’re not. They’re people acting like they’ve found something they obviously have not.

When someone has truly found divinity — this is something that occurs in degrees — the last thing they’re going to do is waste any time trying to convince you if this fact. Their good deeds will all be secret.

Most commonly, they won’t be doing anything you recognize as a good deed. Why? Because they’re aiming at the next generation of problems that you haven’t seen yet. They’re not trying to establish holiness in their souls; they’re trying to use that holiness to protect us.

Any fool can go out there and become a dime-store Mother Teresa and give to the downtrodden, or crusade for human rights. Those are social clichÃ©s in our society that symbolize goodness, compassion and other things that make people seem appealing to us.

In fact, it’s so common that we accept it like a rite of passage. College — check; give to the transgender minority amputee New Age orphans — check.

While people would like you to think this is normal behavior, only in a dying society is that so. It’s a form of disguise, a manipulation, and the type of role that an actor or late-night television pitchman might take.

As said above, this is a lie, and it’s part of a society based on lies. These are not lies that government uses to manipulate us. They are lies that we use to manipulate each other.

If all things spoken were measured, when the number of lies exceeds the number of truths, you know we are disconnected from reality and heading for a fall. But few will notice, because they’re too busy paying attention to the lies.

The perfect world | Why are people so determined to remain asleep?