Why Al Capone Gave Lavishly To The Church 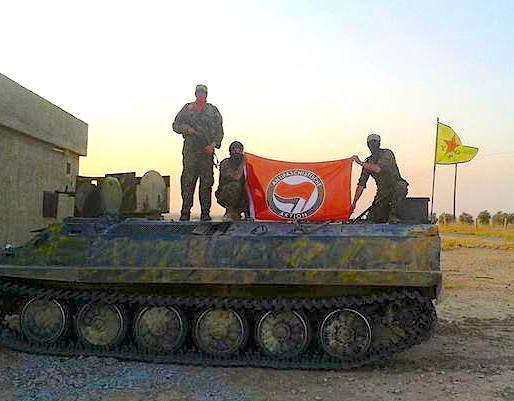 Al Capone gave generously to Catholic charities in Chicago. Perhaps he wanted to take care a few of the widows and orphans he prodigiously created. St. Valentine was probably pissed over the whole massacre thing and Capone perhaps thought he could tithe his way out of that particular faux pas. No, I’m sure that wasn’t it.

Capone was a smart enough guy to read the fine print. The typical guy who dies from The Syph in The Can isn’t doing very well at not coveting his neighbors’ wives. At least the neighbors’ animals were fairly safe — probably. Then, there’s the whole thou shall not kill clause. It doesn’t ever make it taking The Lord’s name in vain before the whole deal just has to be called off. So why drop a check into the collection plate?

You drop the check in there to make them used to it. It makes them beholden. It’s a tactic called Civic Dispersal which involves buying the means by which they survive as a tactic to protect yourself against societal censure. As long as Capone fed more orphans than he created every week, he could wage The Sophist’s argument that he was a philanthropist and a net benefit to society. Just don’t cheat on your taxes. The IRS could give a flying kangaroo fluck less about orphans. They rarely reach a high enough tax bracket to be interesting. So Capone went down like The Bismarck, but the G-Men who bagged him obviously took notes.

The DNC is using the old tactic of Civic Dispersal to oppose President Trump’s new budget. Pass this vile, greedy Â¡RETHUGLICAN! budget, and Meals on Wheels runs out of gasoline.

There are a lot of details to parse through in the budget blueprint Donald Trump released this morning, but you can get the gist of it from one sentence: Donald Trump is cutting Meals on Wheels, a program that delivers meals to senior citizens in need, to pay for his border wall.

Apparently, this charity has been heavily subsidized and can be somewhat effectively held up as a hostage against any reduction to spending in the Department of HHS.

The nationwide Meals on Wheels network, comprised of 5,000, local, community-based programs, receives 35% of its total funding for the provision of congregate and home-delivered meals from the federal government through the Older Americans Act, administered by the U. S. Department of Health and Human Services, Administration for Community Living.

And of course, DHHS can’t retire a couple of SES-level lifers. The money specifically has to come from Grandma. Cut their funding and Chuckles the Cat isn’t getting that can of 9-Lives. And Bernie Sanders, paying barely over 1/2 the effective tax rate of President Donald Trump, just can’t quite see to selling off one of his three mansions to help poor Gra-ma-ma. Socialists, you see, favor sharing other people’s wealth. Obviously he is a #FakeAmerican with only a potemkin concern for those less fortunate than himself.

And clearly, those voicing concern for the poor elderly fed by Meals on Wheels are no different than The Lord Humongous from the movie “The Road Warrior.” They attempt to use your good will and social concern as a way to control your appetite for government spending. This, of course, must always increase — forever. They are willing to help you out with your dear Grandparents. Provided, of course, that you behave.

As Western Society continues to increasingly turn into the wasteland depicted in the old Mel Gibson flick, there are fewer resources, greater needs and an increasingly harder fight for fewer sheckels of public largesse. Expect the threats to become more and more explicit. And they have to be. They certainly can’t build what’s necessary to live without expropriation.

Your government, is not that different from the infamous Italian-American gangster. They live off the cowardice, laziness, immorality and fear of others. Their power grows in tandem with personal and social dysfunction. When President Trump threatens the racket, the hostages are put on display. Just like the hostages on the hoods of The Lord Humongous’ vehicles. Stand up to these people like Keyser Soze, and the entire crap show crashes down around their ears.