White Genocide And Other Alt-Right “Memes” 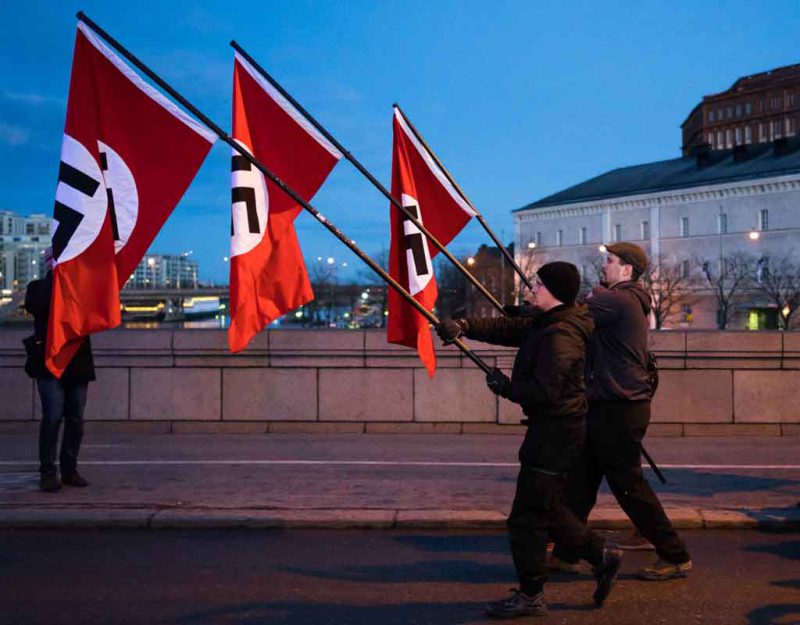 After series of personal failures by some of its exponents and activists, the Alt Right too eagerly abandoned its ideas, which are now depreciated to merely memes, myths or libels.

Understandably frustrated but also tiresomely finicky, Rightist thinkers are constantly vacillating between adherence to the most uncompromising application of what is real and backing away from confronting reality because of the delusional nature of politics and mass culture. Despite recent fortunes and advances, the Right seems lost, and it is not going to experience future victories until it gets back on track.

Powerful politics arises from finding things that normal people can observe in their lives and explaining them in political terms. Generally humans project our traits and behaviors onto others, and for that reason many cannot believe that ill will is being directed against them on biological level and that the Left actually intends their genocide. Similarly, common people have hard time believing that there are individuals who not only work actively against them as individuals with membership in a racial group, but are also capable of doing so.

Symbolic terms causing strong reactions and accurate catchwords, like “white genocide,” are doing fine work. We must expand on this by meeting multifaceted problems that are dispersed on every layer of life with similarly complex actions and methods. The more populist and vivid aspects may not be advanced or sublime enough for an egotistic Rightist thinker, but to politically capitalize on them is not a vice nor it is in any way harmful to our understanding and solution to the core of the issue. Nothing potentially beneficial should be rejected, especially if it has already proved to have some results.

Today the knowledge which the Alt Right helped to gather and popularize does not sound so outlandish to the mainstream as few years ago and it played its part in elevating Trump to the presidency and the awakening of populist movements in Europe. After all, how many people on dissident right sites acknowledge that they were liberals in the past? People can be either more resistant or more receptive to ideas from the Right and in these small signs of rejection of Leftism we can see how the inertia of even a subtle modification of public awareness is changing the whole landscape.

Having said that, there are many aspects in which critique of popular Alt Right notions is basically correct. In particular, the desire for relentless culling; the one which can be only called satanic, so much it is in line with the views of our proverbial, shadowy elites. And yet it speaks to the most serious issue and the one against which finding the ultimate rebuttal is hardest. Most of our problems originate in masses of people: overpopulation, ongoing ecocide, democracy with its connection to Leftism, loosening of selection standards in domesticated conditions of civilization, which results in people of lowest quality making disproportionately large part of population, which in turns guarantees predominance of the Leftist mindset. We must address these issues, but “lol genocide” is not the way.

Despite knowing that the other side wants to genocide us, conservatives are reluctant to encourage genocidal solutions of any kind. As every conservative knows, people are generally a mixed bag. True to their name, they know also that the positive, desirable traits are distributed unequally and often remain dormant, and the conservative is always wary to not destroy them forever in some process of weeding out. This manifests in every inversion of supposedly linear course of history. In eternal conflict of generations, current dislike for older generations is not because of them being too reactionary, but because of being too liberal and “progressive,” mirroring historical curiosity observed in the pre-WWI period, when the youths were more conservative, more nationalistic than their insipid, bourgeois parents.

As for the other points, we should consider if we really aren’t arguing at the level of semantics or narrations and if it’s actually worth it. Degrading ideas to memes shows a lack of concern for a language. Everyone is familiar with the constructs of racism, antisemitism or hate-speech, which are used as a tools of censorship and coercion. It seems that now we have their more benign derivates, which in the same way binds our reasoning and ability to influence discourse. It is disheartening to witness that what is left of Alt Right, whose initial freshness and strength consisted of being savvy in modern tropes and ways of communication, is now directing its skills against itself.

There is some validity that we reject the concept of white genocide because we don’t like how it would makes us look or because we don’t share the negative evaluation of its aftermath in the long run. Some may even outright consider it non-threatening. Ultimately, however, it doesn’t matter if white population is too big, too degenerate, or if what is happening can be, legally or otherwise, proclaimed a genocide, as long as there are conscious actors at play and a set of actual processes launched in that direction (e.g. demographic replacement). Our permissiveness here (for whichever fancy reason) will have consequences. If it looks that nobody cares, even the usual whistleblowers, then the consensus can be only such, that the problem doesn’t exist.

As much as white genocide may not be the founder’s myth we would like, if as a group we fell prey to something, we should be able to simply admit that to ourselves, even if it hurts our self esteem or we are simply ashamed, and all the more, let it not happen again. Perhaps the part of the success is for whites to realize, that it is in fact possible for them to be victimized by others, that the world is in flux around them and they need to actively secure their position in it.

One can always frame situation in such way, that whenever someone harms him, he is guilty of his own negligence, obliviousness or a series of bad choices. To see broader pattern behind our undoing is most important. However, our minds also recognize all sort of perpetrators for a reason. Just don’t let them off the hook too easily.