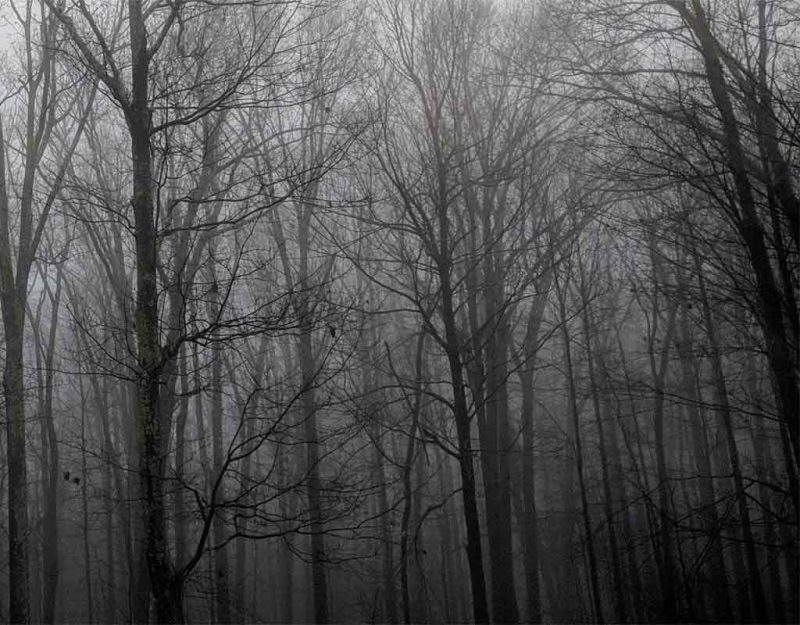 I found myself in a deep state of mourning. Confusing imagery sifting through in a variety of forms, thoughts bouncing between profundity and simplicity, I arrived at no new conclusion for this pending year. For 2020, the noise is all I hear and all that I see is slaves to ideology and mentalities upon formation through various propaganda and team sport. I haven’t sucked down three cigarettes in a row in some time. But on this most alluring night, in the slight depths of Southern cold wind, I found myself entertaining emotional ramblings and asking if we are too far gone as a species for even a moment of regeneration of the soul?

The headlines are in and the political and cultural sphere is lit with one common theme: War World Three. Have you not heard the noise and seen the endless supply of headlines and excitement, spirits of anger and all-too-predictable division? This is truly the year things get a tad more radical.

Qassem Soleimani was an Iranian general killed in an airstrike in Baghdad by US forces. And that’s all I’ve allowed myself to be informed about, aside from a gander here or there. The reasoning behind this is a simple conclusion: it’s all mass noise. I’ve read folks claiming this as a huge victory and a blow into the heart of terrorism. Those who are war veterans, of which once supported the MAGA movement, have not opted out in surrender to the hype and allure of the commander-in-chief and now act as anti-war activist. Apparently, as it were, leftist are mourning this Iranian general and other perhaps Boomer-minded folk see this as an act of American toughness and display of our great might and military power.

“There is nothing new about American terrorist attacks against Black and Brown people for the expansion of American imperialism,” he tweeted.

I actually agree, at least in part, about his overall theme. American imperialism is globalism, which equates to an expansion of power for elitist circles enacting as sole beneficiaries. That is my assessment.

I observe this broad landscape of uninformed thoughts and strong opinions from emotional reactionaries. There is now such an insane amount of intel that is circulating in every which way. Everyone with a cellphone has an opinion and their dedicated screen-time helps form their tunnel-vision of the world at large.

My opinion is irrelevant and will serve as absolute minuscule nothingness in the presence of loudmouth media schemers and pop-star talking-points. What irritates me is not what Top Dog leaders shall commit or what media puppets shall say, but what the Western American people shall believe and regurgitate. Ooh! Did you hear about that attack in Iran? We sure showed them, didn’t we? This is why I’ve began to distant my mind from such things. Because I know the end results. Whether war or peace, whether resolution or conflict, history is mere variation and can go in either direction at its given time.

Many liberals in the era of the Bush administration were ruthlessly anti-war. Upon Clinton’s attempted reign to power there was a sudden change of heart. War was upon their lips toward Mother Russia. MAGA advocates once espoused the sentiment of anti-war through the hopes of (civic?) nationalism. And yet, through the smoke and mirror, we can observe even those who spoke contrary to war now siding with the aspect of war.

This observation speaks to politics as a team sport. I am against you and you are against me. Whoever I latch onto is my guy and my guy is against your guy. Once we cut through all the finely detailed specifics, this appears to be how simple-minded folks are. Buried under grueling heaps of propaganda and flaring emotions, we are able to spot the ideologues. I’ve witnessed folks so attached to America’s current powerhouse pop-star that even in his era of strikes against Syria (twice in under two years) they would insist it’s all 3D or 4D chess, as if it’s all a game. And with minds like these war might as well be a bloody M-rated game.

I grew up standard Republican conservative. Supporting the troops was simply a patriotic duty, for the contrary was Democrat liberalism. More and more these labels shape and shift in meaning, of which makes those attached to set labels drift along with its movement like spineless drones. To be anti-war is not to be against self-defense, mind you. But in the world of ideologues, to not be with them is to be against them; thus, you are a libtard. MAGA always and forever you guys!

Americans are constantly thrown from one side to another in terms of their emotional support. Those once against war became pro-war since their political opponent was gaining ground over their chosen candidate. Those once pro-war grew toward anti-war, but now have been sucked into slavery of ideology that they surely must be pro-war or whatever next attack their leader engages. Years of shedding propaganda and built-in doctrine reveals the semi-hilarious/semi-heartbreaking scheme of America and what this beast is really about. This country was founded upon rebel rhetoric toward taxing tyrants, and many years later, many self-professed right-wing folks now support that same government who enacts globalist agendas their apparent heroes fought against. But it’s all inverted and perverse. They support those who fought against the British Empire, yet they turn in support of an empire in new form and new clothing. Their roots of belief are corrupted files confused by too much TV and too much entertainment – both being operations of civil indoctrination.

It is in these times I appreciate those who embrace isolationism. It’s nationalistic in nature, but surely opts out for allies or care for other’s cultural problems or personal wars and social qualms. I do not know what’s really going on outside of bias sources conveying to me their relativist truths. CNN has proven itself over the 2016 election cycle to be a fit of raging liars while Fox News remained hopeful for once, but upon closer observation, I conclude it’s actually not fair or balanced. We all have our views and agendas, of which will always break through at the seams. To be absolutely neutral seems to suggest a world in which you lack moral guidance and report cold-hearted facts. I’m not sure I’m even that objective. We all see things through specific lenses, but ideologues see them through team vs. team. This, in my humble view, is a form of intellectual weakness. I may not like how things are, but I still adhere to the blunt facts. Ideologues adhere to crass loyalty even at their own expense while wearing blinders and marching toward things they do not fully understand or comprehend. Tough talk of war is cute from afar until you’ve been up close and witness how filthy vile it actually really is. There isn’t anything heroic or glorious in war.

I shall not lie down under the boot of wardog mentalities or the interest of foreign governments or states. I will not pretend I own all the answers, for I surely do not. But common sense observation tells me this: no one really wins in war. Someone dies and someone gets richer. I question now the last time any full-functioning nation fought for its freedoms at the hands of total takeover. From the moment of her birth in 1776 until the present, how many other American leaders claimed the moral high-ground, or clung to the rhetoric of defending freedom, at the expense of massive bloodshed while you aimlessly acted like a seething, drooling bystander?

In war? Only death wins, and death itself is an existing void of true darkness.