Where to go after Trump 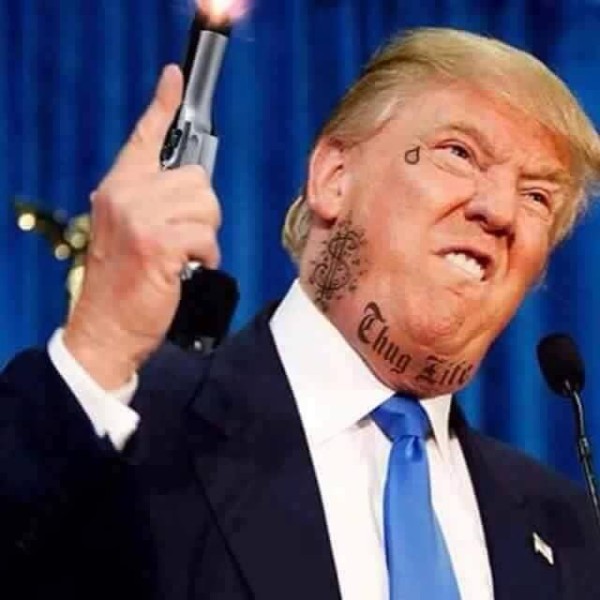 Donald Trump, being a businessman, saw an economic market in ideas. Some were common and mostly wrong but partly right, and others were more correct. Generally, the more correct has less value because fewer recognize it, but as a crisis deepened — mass immigration threatening to wipe out the character and peoples of the US and EU — Trump saw the idea had ripened for public consumption.

As a result, he broke the taboo barrier on mentioning immigration, which was previously tied to race, which since WWII has been a sacred concept for leftists, mostly because it kicks open any door with a compliant post-Civil War US court system behind it. The left in its own theory refers to the racial issues as a subset of class issues, and treats them as it treated class warfare: a means of arguing that the powers above are unjust, and therefore must relinquish more control. The scope of what is relinquished always widens, and mainstream conservatives stay busy defending the economy against the truly outrageous socialist ideas. As a compromise to achieve that effect, they have ceded the field on all racial debates to leftist rhetoric.

Naturally this situation cannot endure. A slow retreat is still a retreat, and enemies only allow their opposites to retreat when it is advantageous. Even more, leftists have out-maneuvered the conservatives by attacking the core concepts of conservatism such as hierarchy, culture, purpose and noticing of reality. Racial class warfare is being used in order to attack these and not on its own merits, as one can tell when observing liberals rush home to gated whitopias at the end of each workday. And yet, so far conservatives have refused to attack the core of this doctrine, which is class warfare through wealth transfer and replacement of the stubbornly conservative Western European population.

Trump changed this. He announced a strong stand against illegal immigration and has been surging in the polls ever since. If the Republican establishment cannot find a technical reason to block him, he will be their candidate by virtue of having outpaced all of the others on this single issue alone. Trump has let the cat out of the bag however. Seventy years of being unable to talk about race in Western European nations has gone out the window. As some political scientists have it, Trump has widened the Overton Window:

This means that a ripple effect is in motion: one taboo falls, and then taboos linked to it fall as well, because they have been proven to be less than impregnable. People have wanted to talk about these topics for over a half-century, but the leftist grip on media, academia and government has been so strong that such dissident voices were systematically marginalized. Their lives were destroyed by SJW-style gang tactics, and their works were hounded out of bookstores, colleges and from mention in the news. The left knew their strategy depended on keeping these ideas taboo and so they were militant about excluding them. Once one voice spoke up, however, the rip in the fabric of their information boycott has begun to tear.

Already people are speaking more loudly about not just illegal immigration, but immigration more broadly. The question that we have asked for almost a decade on this blog, namely whether diversity can work at all, has collapsed under the assault of the Putnam study, Ferguson, Boston, and common sense. The wisdom of our ancestors recites itself from the grave: no two groups can occupy the same space without destroying each other, even if by passive means, which the left is struggling to put into a separate category other than “genocide,” with minimal success. We are being replaced. This is being done to advance the leftist agenda of total ideological control. This is not an issue about “freedom,” but survival.

Some writers, Ann Coulter in particular, have further widened the Window by speaking more broadly about the problem of replacing Western Europeans with third world populations. She has come close to the sensible viewpoint adopted by nationalists worldwide which is that replacement is genocide, and the traits of the original population will not exist. If you mix America and Mexico, you get Mexico. In fact, if you mix anything together, you get a third world nation, almost all of which are mixed-ethnic, with Brazil being the most archetypal example. Americans are not lining up to move there; in fact the reverse is true: most Brazilians would come here if they could.

This leads to the question of what comes next. Thanks to brave people like Trump and Coulter, the question of whether we should just like back and let the illegal immigration wave sweep us into oblivion has been put on the table. But that troubling word “illegal” seeks to mask the real issue, which is that any third world immigration — in fact, any immigration from places other than the sources of our nativist Western European populations — will replace us and by doing so destroy us. We are facing genocide in the US and EU alike. This is the issue that conservatives are warming up to, but they move very slowly.

For seventy years we have approved immigration, anti-discrimination and affirmative action programs in the theory that the result would be the same America we knew and loved, but with tolerance for other peoples to live among us. Now we realize that they cannot live among us without self-destructing, and that genetics is destiny. If you fill a place with Mexicans, it becomes Mexico; if you fill it with Western Europeans, it becomes like Western Europe. We are destroying America by making it into Brazil, Mexico or any of a dozen other mixed-race countries who are struggling to survive despite typical third-world levels of corruption, filth, criminality and social disorder.

The new target for conservatives is self-preservation. We attempted diversity; it failed; we now see that this failure came about through structural means, i.e. a paradox in the concept of diversity itself that causes it to destroy societies, and cannot be cured by the usual formula of more subsidies, “education” and laws. We should no longer be using the word illegal to describe immigration, but immoral. Immigration, diversity and tolerance are part of the same leftist class warfare platform that aims to replace us. We are the target.

Most of the world would come to the US and EU if they could. On paper, in the short-term, it seems a smart move: go where the money, law and order, social order and hygiene are. But like the children’s tale The Goose That Laid the Golden Egg, having everyone come here — and they outnumber us twenty to one — will simply destroy those things and create more third world. Then the one example of how not to end up in third-world status will be dead and gone, and the entire earth will be covered in a uniform blanket of impoverished, low IQ, criminal and filthy humanity. If there are any among them who have not succumbed to that level, those will be the next targets of the angry mob. Crowdism manifests as liberalism in the first world, but in the third world, it approximates more closely its native state of the torch-carrying mob.

Donald Trump kicked open the door. Overnight, almost a century of liberal propaganda and control fluttered away and now we can breathe independently and talk about these topics again. Other doors must also fall, and if as liberals say we cannot have a democratic society that is not diverse, we have to paint the word DEMOCRACY on yet another door. Our task is simple. Either we overcome this wrong turn in history, or we die, and then everything else that offers hope to humanity dies as well. No task is more important than this, which is why the taboos were so strong — until now.

Merkeltopia | The cult of the ego