Where It All Went 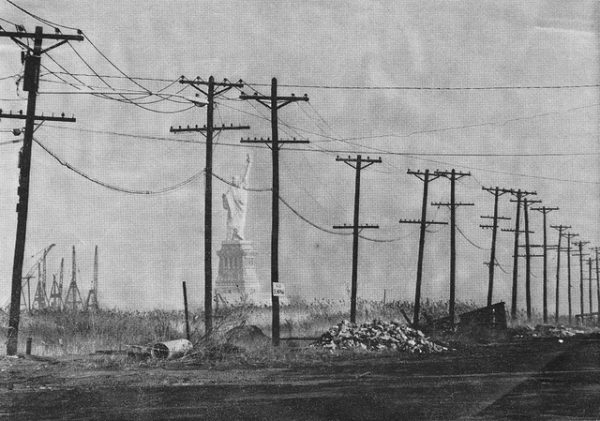 People see it all going to hell in a tidy little picnic basket. Even the most smug-cloud insulated among the new elite have inklings it just isnâ€™t going well. They miss the comfort of old, WASP America. Now they ingenuously wonder where it all went.

Pamela Constable writes for the Washington Post. She is the perfect example of this phenomenon. Perhaps it is predictable that reading her writing fills me with the urge to defecate.

Still, it was only after witnessing the desperation and cruelty of life in much of the world that I began to reexamine my prejudices against the cloister I had fled. In some countries, I saw how powerful forces could keep people trapped in poverty for life; in others, how neighbors could slaughter each other in spasms of hate. I met child brides and torture victims, religious fanatics and armed rebels. I explored societies shattered by civil war, upended by revolution, and strangled by taboo and tradition. Visiting home between assignments, I found myself noticing and appreciating things I had always taken for granted â€” the tamed greenery and smooth streets, the absence of fear and abundance of choice, the code of good manners and civilized discussion. I also began to learn things about my parents I had never known and to realize that I had judged them unfairly. I had confused their social discomfort with condescension and their conservatism with callousness.

Isnâ€™t this just precious. Sheâ€™s just figured out that the time of comfortable citizenship in Amerika is drawing to a close. There are a few enclaves left as described by Kakistocracyblog below.

There children play unattended throughout the neighborhood well past dark. Practically every face smiles in greeting. Impromptu games spring up in green common areas, where not-for-long strangers share picnics. Evening porch parties dot every few houses, as wanderers-by are warmly welcomed to join. Kidsâ€™ bikes litter the sidewalks and itinerant family dogs seek patting from strangers they have no fear to approach. Not a door is locked. And on the last night of my visit a band played in an open area as people from 8 to 80 danced together like they were in their own living room. It is, as our media would describe, a place of pure Hate. The demographics of this enclave hardly require describing. Not only is there no diversity butâ€“as my reputation loosened hostsâ€™ tonguesâ€“no (((diversity))) either.

Where did all those wonderful places go, Pamela Constable? They died, Little Mizz Pamela. You helped kill them. You read The Great Gatsby, but never once had the self-awareness to understand the antagonists in the novel were you. No, not because you were rich, not because your family earned you a spot in an Ivy League University that was apparently far beyond what your limited intellectual perspicacity would ever have merited. No, you, like Tom and Daisy Buchanan, took it all for granted.

You, like Tom and Daisy drove right on through that Valley of Ashes that was necessary for East and West Egg to exist in the first place. You went through all the hell spots of the world as a professional journalist and could have learned things that would be far beyond the ken of a humble and limited individual such as myself. But you didnâ€™t and only now are awakened from your slumber. You, like David Brooks, have all of a sudden discovered the (((Trump Voter))). You want your mommy back! You should. America, not the Amerika you live in behind your snotty motte-and-bailey, detests you.

Those of us who have had an absolute belly-full of you and your ilk calling us bigots from behind your crenelated wall of bobo prosperity would cheer and do the sack dance in the end zone if you were ever the tragic subject of a gruesome Colin Flaherty video. Would #BlackLivesMatter right about then, Little Mizz Pamela? Or would it be the stupid bigotsâ€™ fault for not charging in and saving you?

You see, the thing about that whole Valley of Ashes is this. Nobody wants to shovel the char down there. Everyone wants to run for that exit. People are willing to grit their teeth and do it. They are willing to fuel your mixed-white, mixed-caste, elitist paradise. But they do it for a price. They expect that respect and dignity that a hard-working, blue collar man receives when he sits down for his cold beer at the end of a hard day.

But you couldnâ€™t even give him that. You had to laugh at him. You had to demean him. You had to call him a racist, a sexist, a nativist and deplore him as the root of all that is evil in the US of KKKA. So now guess what, Sunshine. You played a stupid game and have won a stupid prize. Here ya, go Toots:

â€œTrump voters,â€ he wrote, â€œare a coalition of the dispossessed. They have suffered lost jobs, lost wages, lost dreams. The American system is not working for them, so naturally they are looking for something else…â€

They are coming for you and all that are like you. They hate you like DeRay McKesson hates his local Police Benevolent Association. They hate you the way the boyoes at the kabob stand hate the Rothschild Empire. Pray that nothing worse happens to you than losing a few elections to the Morlocks. Mommy isnâ€™t there to protect you anymore.

“I Do Not Understand” Is Not An Argument | Is It Ever Justified To Forcibly Overthrow A Democratic Government?