Where is My Afterplay?! 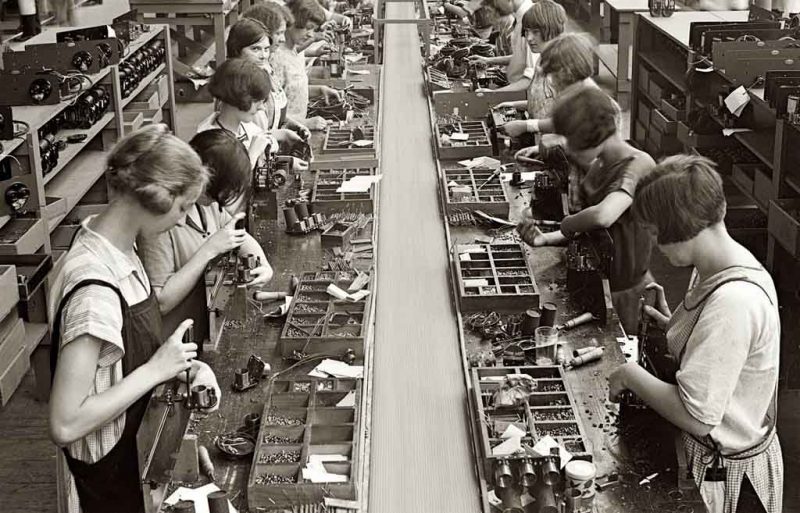 My German biology teacher explained to us that the act of love making included a foreplay, an actual act, and an afterplay. It sounded a little bit like an opera, or so I thought at the age of 12.

We learned that the foreplay and afterplay were more or less the “service” offered by the man to the woman. Years later I found out that these did not necessarily come as a trilogy but sometimes in a very condensed form, followed by a musical coda of snoring.

At first I was puzzled by this deviation from the official truth. Ultimately I accepted and even came to like the new protocol. It took another decade for me to wonder if these expectations implanted into women’s heads by education were likely to lead to frustration and thus to conflict between the sexes.

Modern society expects a woman to become an obedient worker to a company, leaving the last word to her clients and to her boss. The same society frowns upon her if she states that she leaves the last word to her husband because she accepts him as the leader of the household.

Yet we are not expected to see the incredible bias of a so-called “diverse society” that does not include the diversity of opinions. In this society, the teachers tell us what is official truth, and then we go out into the world and find out that in fact life is far more complex than their simple world of absolute categories and universal rules.

Women are instructed to act like men, although deep down we all know or eventually and painfully figure out that men do not fall in love with these male-imitating women, even if they may find them sexually desirable in the short term due to the ease of acquiring sexual intercourse.

In the real world, men dream of finding the other: the alter ego, the complement, the soft side, the mystery that warms their hearts and gives peace to their minds. There is clearly a bug in the system if official truth does not resemble reality at all.

We have been trained like dogs to optimize our customer service skills in order to increase the profit of a company, yet we are not expected optimize our behavior for the benefit of our relationships, our society, and our people. Our society has forgotten that having a healthy demography is a prerequisite to the survival of our civilization, and that comes long before concerns about corporate profits and political stability.

In the past, people viewed themselves as members in an extended family known as “the folk.” They did not view their society through intermediaries like the economy or politics, but as a quest for this massive organism known as the folk to survive. Business served that goal, as did leadership, and people behaved out of concern for biological reality first and human systems second.

Having abandoned that for the magic of equality, and its handmaidens democracy and consumerism, we find ourselves on the highway to racial extinction. Some of us are trying to make a radical U-turn which is not only clumsy but also dangerous. Fast turns like that make us unstable, and most of us are trying to overcome that stability in order to steer clearly in the other direction.

Instead of putting your foot down saying, “I am the man, and I snore when I want to” — this is not incorrect, but incomplete — maybe you should tackle the beast by the throat: point out that the word “afterplay,” like so many other modern words, was invented by cultural marxists to create the idea of the woman’s right to a certain sexual choreography provided by the man.

It is designed to control us and steer us away from our natural instincts into a type of automatic obedience. This kind of subtle mind manipulation has been a tool of tyrants for centuries, and allows them to divide us by making the sexes alienated to one another in the West.

Think about new verbal creations such as: macho, chauvinist, toxic masculinity, feminist, career woman, working mom. Notice the negative or positive connotations of these terms which program us with expectations of certain behavior. For several decades, they have filed masculine men in a negative context and women demanding special treatment in a positive complex.

In the current time, we see from our movies, books, television, magazines, and social scenes that women should work toward the goal of being a working mom “who has it all” except for time for herself and more than two children. Biology teachers us however that three or more children is what we need to have a healthy demographic.

Coincidence? Once you see the pattern, you cannot unsee it any more. We are in the grips of a sneaky method of mind control that was only possible thanks to an ideological alignment of the mainstream media and our education systems. All of these people are Leftists, of course, and none of them have ideal lives, but they want to tell us how we should live, which turns out to just give more power to the Left.

Now that we have awakened, we are going to take our minds back. We can then reclaim our words and through that, redefine our behavioral patterns. In future of European survival I imagine the most positive terms as to be “mother,” “father,” “family,” “folk,” and “loyalty.”

Reclaiming our identity provides a solution to the problem of social decay. We can figure out who we are, then how to be who we are, and then reprogram ourselves toward biological survival and excellence instead of the decay that modernity brings to us, starting with its ruthless destruction of the family.

In this new age, terms like “social justice warrior,” “soy-boy,” “cuckservative,” “feminist,” and, last but not least, “traitor” will designate the people who end up in a future Hall of Shame, if not in prison or perhaps on boats to third world countries where they can enjoy the type of society they wanted to force upon us.

On the other hand, the most courageous, audaciously masculine men and enchantingly feminine women amongst us have a good chance to meet eternity in our future Hall of Fame, some even as marble statues. This is our future, if we just reach out our hands and take it.

Liv Heide is the founder of WhiteDate.NET, inviting descendants of Europeans worldwide to find a traditionally minded partner online. Singles as well as couples can join the group and forum sections of the website.