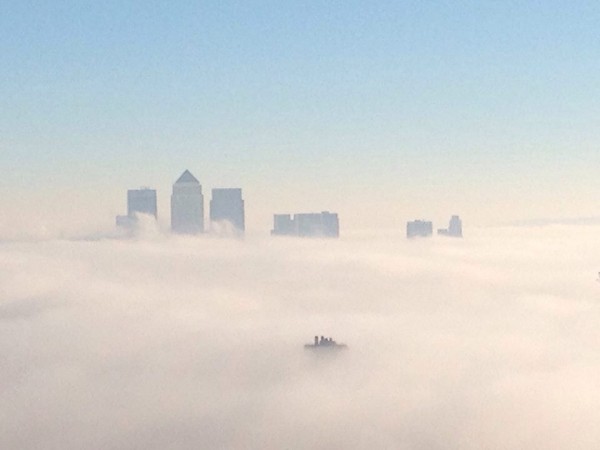 Instead, I do what I always do, with anything anybody writes. I considered it…

This ability to consider, lies at the heart of all that is amiss in our current state-of-society.
It is an ability remarkable for its near-complete absence.
I have discovered that, no matter what I write, or how it’s put, or which words I choose, no matter the topic, it is never seen for what it is, or what it says, but instead is seen as anything other than what it is.
In fact, very, very little of what I write, is responded to with anything other than a blatant attempt to ridicule, misinterpret, or undermine. As far as figures go, approximately 0.1% of responses indicate that the reader even understood my post. And so I am left with the undeniable fact that 99.9% of readers are completely unable to receive my transmission.

As you can see, this is not because I do not write well, or clearly. In fact, according to a silly grammar software program I once owned, many years ago, I write in a way that even five-year-olds can understand, and I might want to – it suggested – raise my ante a bit. God only knows what my percentage of comprehending readers would have fallen to, if I had taken that little snippet of critique to heart.

“Why do you do it?” my wife is fond of asking me. “With all the abuse you get, how can you possibly keep it up?”
I always attempt to explain that this is something I must do, not because I enjoy it, but because someone must, and almost nobody else is going to. Besides, as I so often point out: how else would I get to experience all that is so wrong with people, in so concentrated a form, in actual, day to day life?

And so I drone onwards, through the spears and bear-traps, and the utter stupidity and boorishness of that 99.9% of readers, to that unforeseeable result that I had been searching for, all along…

What is it like, to be on the losing side? In a war that not only does not even exist, but to which there can be no possible conclusion? What on earth is that like? Which is a very good question, in that unless you happen to be on that losing side, there is no way you can possibly conceive of why anyone would, voluntarily, be.

Let’s see…
Pick a loser. Any loser. No need to be specific. But, remember, the more losers you pick, and the more diverse they are, the better the chance of being on that elusive losing side:

I met a woman, just today, who told me she once had an Iranian friend. She realized, one day, that she had treated her friend graciously, and with an exaggerated respect, that had that friend been white, she never would have been so kind. She was horrified at this realization, so she said, because it showed her how subconsciously racist she was.
I studied the woman, unsure of how to proceed. Then, being me, I dove in to an empty pool, headfirst, and told it like it was…
“That’s terrific. Why treat anybody with graciousness and respect, just because they are not like you? Why not just treat everybody, from anywhere, in exactly the same shoddy, disrespectful way you treat your own kind?”

And that’s equality. That is where it goes. Down.

Society builds itself, over centuries, the gifted alongside the not-so-gifted, each contributing according to his differing abilities. Until the point of comfort is reached, where the gifted lose track of what it is to be gifted, and extend the fruits of their labours to the not-so-gifted. This is often referred to as ‘education’.
Intellect becomes something available to all, regardless of innate ability. The intellect replaces God as the highest aspiration a man may have. Even dolts come to see themselves as intellectuals. Which, in many ways, is understandable, since intellect, without God, really is a dolt. Disaster follows quickly on its heels.

Utopia? It sounds so good, doesn’t it? But what is it, exactly?
A state of having whatever you want, whenever you want it, without the inconvenience of ever having to do anything at all in order to get it. A dolt’s paradise. And what is a dolt? One who simply can not understand that if all the members of his country contribute nothing to that country, and instead, endlessly take from it, at some point, there will no longer be a country.

That’s fine, says the dolt. Countries are obsolete now. It’s all global, man.
Ah, says I. I see. Not only do you not give a toss about destroying your own country, but now, you operate globally as well. Contribute nothing to your planet, and instead, use up everything upon it and within it, until…