When Seeking The Weak Link, Look Toward The Voters 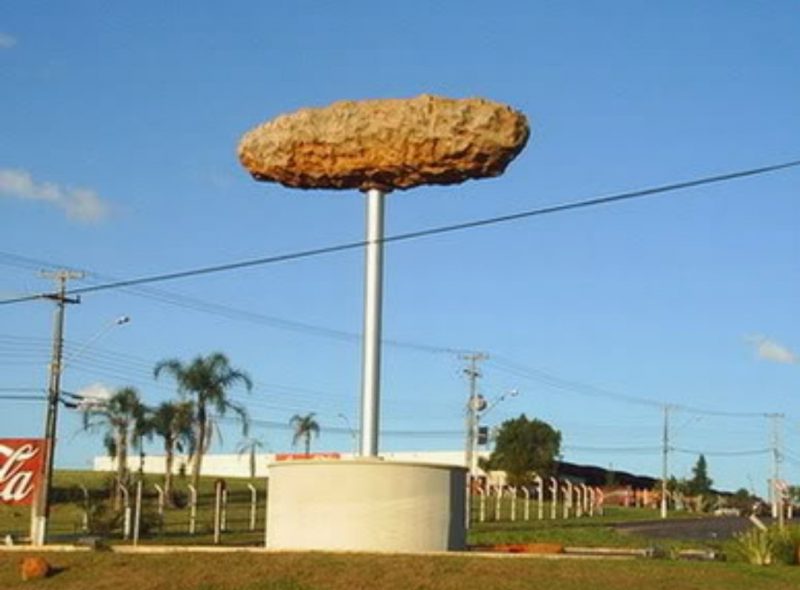 Humanity loves a scapegoat. You realize that what you must do to succeed is hard, so you blame someone else not just for the presence of the necessity of doing this task, but for holding you back. That way, you can do nothing, blame someone else, and still be morally “right” to your social group.

In other words, scapegoating provides an ideal position in game theory terms. You neutralize your opponents, maneuver for your best advantage with the time/energy/money you save by not doing the right thing, and conceal your intentions behind a facade of victimhood.

The individual benefits at the expense of the group through scapegoating.

We see a lot of scapegoating as a result. The Left blames The Rich™ for everything that goes wrong, forgetting that to the upper-half-of-middle-class, life is a simple transactional process: you do a certain work for a certain amount of money, or seek another opportunity.

Even more, in democracy, it proves convenient to blame politicians for all of our problems. Witness for example the distrust Americans have for politicians:

At the same time, a third or more of Americans think that unethical behavior is treated relatively lightly – that is to say, wrongdoers face serious consequences only a little of the time or less often. Indeed, majorities believe that members of Congress (79%), local elected officials (57%), leaders of technology companies (55%) and journalists (54%) admit mistakes and take responsibility for them only a little of the time or none of the time. Some 49% say the same of religious leaders.

What was the problem? Oh, we had bad politicians. How did they get into power? Er, we elected them.

People persistently deny the fact that in democracy, the voters are where the buck stops. Our choices place people into power, and if those people are bad, we made a bad choice. If we consistently make bad choices, good people will stop stepping up and the crazies will take over.

Our biggest problem arises from the inherent tendency of people to form crowds around lowest common denominator solutions which causes people to fixate on “problems” that are in fact effects of which either structural defects or tendencies of nature are the cause, and this motivates people to engage in symbolic choices instead of realistic ones.

Consider how Americans voted themselves into oblivion:

The law was symbolic in the sense that it operated on feelings, principles, and moral standards instead of looking at end results. Silly people value means-over-ends (principles, methods, and symbols more important than end result) because it makes them feel good and share that social feeling of peace, love, comradeship, and unity with others. When you pass a symbolic law, like one designed to stop migrant children from drowning at your border, it proves immensely popular at first. This is a backdoor weakness in democracy, or more broadly, in humanity.

No one was looking at how that would change the country, the impacts it would have beyond the next pay period, and what implications this had for the future. To them, it meant that nice foreign people came and lived down the road and worked and paid taxes, so government had more money and we would get more things from government. Everyone wins, if you look at it in the short-term and under laboratory conditions, meaning that you do not consider the implications of the act outside of its target.

As it turns out there was political manipulation involved, but it succeeded only because the voters already wanted mass immigration. The politicians found a way to restyle the act as something people liked and the voters ran into the polls, pulled those levers, and made it law:

The Post is absolutely correct that the champions of the 1965 Immigration and Nationality Act were primarily concerned with repealing the national origin quotas, and that the new preference system that prioritized extended-family preference over skills and education was a result of a compromise between Democrats. Rep. Michael Feighan (who was simultaneously afraid about the spread of communism and eager to give a win to his Eastern-European constituents whom he would need for re-election) forged a compromise with President Johnson, Sen. Ted Kennedy and their allies to shift the immigration system away from skills toward preference for the extended-family (“Chain”) categories. The Post highlights the irony that Feighan’s compromise wound up shifting the balance of immigration away from Eastern Europe.

As you can see, Johnson, Feighan, Kennedy and Cellar were wrong. They didn’t keep their promise to the public. Their bill doubled immigration numbers. Then Congress expanded Chain Migration in 1990 and doubled the numbers again, only this time, they also called for a bi-partisan commission to study the issue. President Clinton appointed Civil Rights Icon Barbara Jordan to chair that commission. The Jordan Commission recommended eliminating Chain Migration categories and prioritizing nuclear family and skills. Anyone curious as to why anyone would want to end Chain Migration would do well to start there.

You can already see the destructive influence of white ethnic diversity here. Whites had become divided into special interest groups by religion and ethnicity (Southern, Eastern, or Western European) and this made it easy to fragment their resistance to an insane law.

Democracy has never settled the question of delegation versus stewardship. In the delegation model, voters elect politicians to carry out the will of the voters; this hampers politicians, since the voters do not care about many crucial issues, and so they become manipulators and salesmen, doing what works for them. In the stewardship model, politicians exist to exercise their own judgment and experience according to the spirit of the people who elected them; the populist movement follows this general approach.

Voters under the delegation model become bad managers. They demand to see what they cannot understand, require simplistic solutions, and tend to act out of panic and disorganization (“putting out fires”) instead of moving toward a state of affairs, i.e. “civilization will look like this and we will all live this way.”

If you can imagine a committee of incompetent managers suddenly rushing through a dozen important decisions in order to get to the pub, you have visualized democracy correctly.

Our first step in fixing this requires that we quit the scapegoating. If politicians do something bad, it is either because we the people elected them or because we ignored crucial issues and caused them to detonate later. The problem lies with us. The buck stops here.