When did the Kali-Yuga begin? 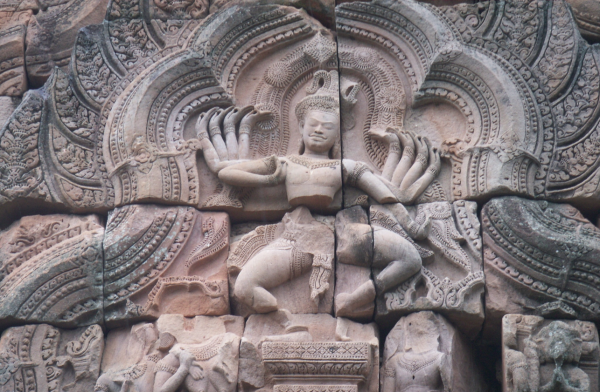 The Kali-Yuga — the age identified by the Hindu sages as being of both iron and degeneracy — brings about the doom of mankind during its reign and then, as it ends, the liberation of mankind to a new golden age. Anyone who looks at a window with an open mind can see a society in decline and a species lost for direction. When did this begin, and when did it end?

Ancient sources give us the dates of the Kali-Yuga in a semi-metaphorical fashion which has caused much debate over the last few thousand years. Some converted the text into cosmic years by multiplying by a constant, which leads to ridiculous figures in relation to how long modern humans have been around.

However, its duration seems clear. According to ancient sources, after 5000 years of Kali-Yuga we have either an end to it or a 10,000 year golden age within the Kali-Yuga. This leaves the question of when the iron age began. If that date is 3102 BC as some sources suggest then that puts the end or pause at 1898.

The blessed Lord said:
On the earth 5,000 years of Kali
Will be sinful and sinners
Will deposit their sins in you
by bathing.

We have presently passed through just over 5,000 years of Kali-Yuga. As was predicted by Lord Krishna, this period from the end of the previous age to the present comprising 5,000 years was a period of great degradation and darkness. The great and ancient Vedic culture of India was lost and the so-called followers became ritualistic practitioners, interested only in the bodily conception of life.

The four pillars of spiritual life, namely truthfulness, austerity, cleanliness, and mercy are practically nonexistent today, even in the so-called holy sites of pilgrimage. The general mass of people have no interest in God, and any remnant of religion they might still follow is simply for the purpose of economic development. In the name of God many sinful acts are being carried out throughout the world.

Killing of innocent animals, intoxication, illicit sex, and gambling have become common and “natural” activities supported by the governments and religions of the world. All of these points confirm Lord Krishna’s prediction regarding the first 5,000 years of the Kali-Yuga. Western sources also acknowledge this transition:

Now in this island of Atlantis there was a great and wonderful empire which had rule over the whole island and several others, and over parts of the continent, and, furthermore, the men of Atlantis had subjected the parts of Libya within the columns of Heracles as far as Egypt, and of Europe as far as Tyrrhenia. This vast power, gathered into one, endeavoured to subdue at a blow our country and yours and the whole of the region within the straits; and then, Solon, your country shone forth, in the excellence of her virtue and strength, among all mankind. She was pre-eminent in courage and military skill, and was the leader of the Hellenes. And when the rest fell off from her, being compelled to stand alone, after having undergone the very extremity of danger, she defeated and triumphed over the invaders, and preserved from slavery those who were not yet subjugated, and generously liberated all the rest of us who dwell within the pillars. But afterwards there occurred violent earthquakes and floods; and in a single day and night of misfortune all your warlike men in a body sank into the earth, and the island of Atlantis in like manner disappeared in the depths of the sea. – Plato, Timaeus

Across the world ancient sources speak of a golden age long before their time and the powerful and noble civilizations that existed then. In contrast, they point to their own civilizations as fallen, which might seem amazing to modern people who consider those ancient civilizations superior to our own in arts, culture and thought.

The texts of the ancients reveal to us a cycle of civilization. Humanity rises above its base nature and creates a golden age, then complacency sets in and people begin to focus on controlling each other instead of collaborating toward a divine purpose. What results is a dark age of using tools to control our world which culminates in great disaster.

After the disaster, humanity can forget civilization as it was and focus instead on civilization as it could be. We now see how far we can rise above what we are now, since we have become disgusted by what we are and its base/crass nature. As we adapt to the collapse of the Kali-Yuga, we can look toward the stars and again dream of what can be.