What’s so hard about self-interest?

In a society where public appearance matters more than reality, people are afraid to stand up for self-interest. That’s changing, and a new generation are speaking out and demanding that they be allowed to have nice places without others coming in to take advantage of what they have. 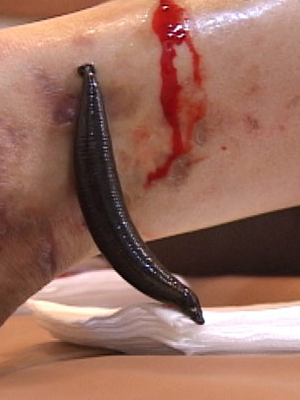 Because we’re used to selling each other stuff, we’re accustomed to presenting our “positive side” to other people.

This means we want to appear like Mother Theresa crossed with Gandhi crossed with Einstein: brilliant, brave, unique, different, tolerant, benevolent and pacifist geniuses who have seen the utter truth and realize that love is the answer, peace is the goal, and that we can all just get along. Now buy my stuff.

Our culture of salespeople doesn’t want to admit that underlying everything we do is self-interest. Altruism? It looks good to a crowd and so gets us ahead. Charity? Looks good on a college application or resume, or it’s a tax break. Democracy? It makes others like us, so it must be good. Underlying human action is always self-interest.

However, when it comes to politics, we choke and with disastrous consequences.

The increasing flaps over the proposed Islamic center in New York and immigration raise the question of whether the Republican party is alienating two voter bases that the Bush administration went to great lengths to woo.

Former president George W. Bush heavily courted Muslims in his first campaign, winning 78 percent of the Muslim vote in 2000, according to the Council on American-Islamic Relations. That number dropped off sharply in 2004, following the wars in Afghanistan and Iraq, even though the Bush administration tried to appease American Muslims by making a distinction between terrorists and the rest of the Muslim community.

Leap into life with me, folks: Hispanic and Muslim voters are voting on the basis of self-interest. This means the GOP can pander, but at the end of the day, any action that conflicts with Hispanic or Muslim interests sends them scurrying to the Democrats, for whom they vote most frequently.

There is nothing the GOP can do to attract Hispanics and Muslims. They never were on your side, GOP: you’re not only the white people’s party, but worse, you’re the white middle class over age 30 party. You’re for the mature white kids who want to get their act together and live well.

We can’t blame Muslims and Hispanics for voting for their special interests — but we can recognize that this is a pitfall of diversity: too many special interests cripple government, because it will inevitably offend someone, and neuter it.

Our media talking heads seem to think an ineffective government is great and that everything we know will just continue on as it is if we stop acting as a world policeman or using government to stave off disaster. What they don’t tell you is that we have what we have because of both of those things.

In diversity, any group that rises above the rest immediately becomes seen as a Sugar Daddy that should hand out that wealth to others, and if not, they’ll use their votes as a weapon. We’ve seen this before in nature:

“We are now realizing that half of life on Earth is parasitic â€” each free-living organism has at least one parasite,” Hughes said. “But very few manipulate behaviors and there is a reason for that â€” it is likely very costly. The fossil now challenges us to think of what past environments acted as selective forces for such cool tricks to evolve.” – MSN

I’m not calling Muslims and Hispanics parasites. I’m calling Muslims and Hispanics in a majority white USA parasites, and it’s not their fault; it’s diversity’s fault. Diversity makes sure there’s always ethnic conflict and different self-interests clashing. It also ensures that if the majority group acts in its self-interest, there will be outrage, guilt, victimhood and endless, endless whining!

But things are changing. People are starting to say “You know what, I’m not judging you in an absolute sense when I say NIMNH (Not in My Neighborhood). Go do your thing — somewhere else. My neighborhood is a nice place my ancestors worked hard to make nice, and your way of life will wreck it. So shoo!”

Thousands of â€œdrug touristsâ€ sweep into this small, picturesque city in the southeastern part of the Netherlands every day â€” as many as two million a year, city officials say. Their sole purpose is to visit the cityâ€™s 13 â€œcoffee shops,â€ where they can buy varieties of marijuana with names like Big Bud, Amnesia and Gold Palm without fear of prosecution.

It is an attraction Maastricht and other Dutch border cities would now gladly do without. Struggling to reduce traffic jams and a high crime rate, the city is pushing to make its legalized use of recreational drugs a Dutch-only policy, banning sales to foreigners who cross the border to indulge. But whether the European Unionâ€™s free trade laws will allow that is another matter. – NYT

You can smoke weed, support drug use, but not want marijuana dispensaries or shops in your town. You may not want long lines of stoned people in your neighborhood, and while you may think marijuana is 100% OK, you may also feel it’s just as OK to say “not here; elsewhere.”

And what opposes this? Well — inertia, with a side dose of the “good feelings” we get when we feel that others approve of what we do. These good feelings don’t come from having achieved something, like real good feelings; they come from having other people tell us we’re OK. They’re like spiritual junk food, and proportionately addicting:

In the brain, junk food and drugs have some similar effects, the researchers show. Rats habituated to a diet of HoHos, bacon, cheesecake and frosting (or, in journal geekspeak, â€œpalatable energy-dense food readily available for human consumptionâ€) behaved like addicts â€” they got their junk food fix even when it meant enduring a painful shock.

The most telling data came from the brains of these animals. The pleasure centers in the ratsâ€™ brains became sluggish after becoming habituated to the junky food. Caught in this vicious feedback loop, the rats needed a bigger dose of junk to get the same good feelings. The rats fed junk food had fewer receptors that respond to the feel-good brain signal dopamine as compared to the rats that ate healthful, low-cal chow. – Science News

This is the new face of conservatism. On one side are the globalists, who are defined by (a) international capital and (b) the liberal democracy hybrid of consumerism and leftist politics that ends in absolute rights to the individual, in defiance of common sense, and subsidized by those who are even barely wealthier than the rest.

We’re not saying you’re wrong, or that you’re bad or stupid. Tentatively, temporarily, we embrace relativism. But we are saying: not here. We’re standing up for our self-interests finally and saying that whatever you do is great, but we do things a certain way here, and we don’t want what you’re doing ruining the good thing we’ve got going.

Brainslug owns you | The Death of Social Constructs