What You Fear In The Jew: The Seduction Of Indirect Race-Mixing 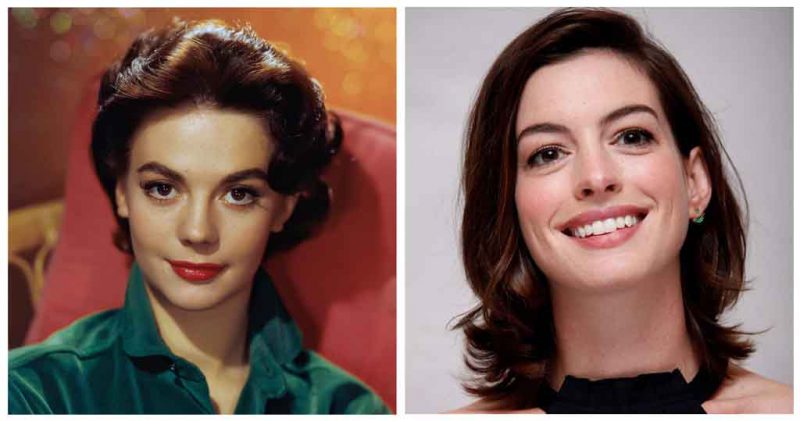 We live in at least two realities. We must all participate in the mainstream reality when we go out into the world, whether shopping or at work, because other people expect us to; then, when we are among whatever group we identify with, we can speak more plainly.

However, this situation makes us weak. Groups define themselves by what they are not, and this means that our groups spend a good deal of time talking about other groups, especially those who they want to separate from.

Adding to the complexity, the greatest Other turns out to be the Other within the gates, especially one that we see in ourselves.

White people hate and fear Jews because we know that ultimately, unless we assert a strong will to a contrary direction, Jews are what we will become. Like the now-Turkic Greeks and the now-Arab Italians, or even the Semitic Irish, we will absorb the Other and become it.

Jews, after all, are what happens when Italian women merge with Asian and North African DNA in the middle east. You get something basically white, a fair amount Asian, and a little bit African. This looks roughly like us but behaves radically differently.

If you want to summarize white fears in a sentence, that would be it: we realize that very easily, we can screw up our breeding, and even admitting a percent of a percent of the alien will make us into something other than what we were. We will genocide ourselves.

No one would think twice about saying this to an island of Chinese people who decided suddenly to take African partners. Their children would something different, and the old line would die out, never to come back. That is the essence of “soft genocide.”

Consider Anne Hathaway and Natalie Wood in the picture above. Both are mostly-white, but show the influence of Semitic (Asiatic/Negroid) admixture.

These are commonly accepted as beautiful women, which is both true — they are attractive and charismatic — and also false, since they are not our ideal as a Nordic-Germanic civilization. Rather, they represent quiet and subtle racial admixture.

That appeals to us for the same reason that pacifism does. As James Joyce put it in Ulysses, we would no longer have to say “yes” to life and therefore to struggle against the constant encroaching stupidity, entropy, repetition, dullness, and frustration.

Instead of saying “yes,” we can simply say, “good enough,” and choose something that is beneath our level. That means that it will be easier to acquire, and more in our debt than we are in its debt, allowing us to live by a lower standard.

Race mixing is a form of pacifism, just like mixing caste or social class. It means that you no longer need to struggle to keep the other at bay and to understand who you are as relative to others. You can simply go with the flow and fade away.

Internal race mixing — the bringing in of trace admixture, like that 1/16 Other girl who suddenly looks gaminesque and cute to you — allows you to obliterate yourselves without actually making the choice to. It looks like an accident.

You can still be “sort of” who you were and should be through trace admixture. You just get a little darker, wilder, simpler, and more emotional. You can fool yourself into thinking that you mostly still act, look, think, smell, and feel the same, even if it is not true.

Above you can see Phoebe Cates and Aubrey Plaza. Cates is one-quarter Chinese and the rest Ashkenazi Jewish; Plaza is half Puerto Rican and the rest European.

These were chosen by industry as actresses for us to see quite a bit of, but we can see exactly why: they have appeal. They are pretty. They are charismatic. They look easier sexually and emotionally than girls on our own level.

Both are Eurasian in the oldest sense of the word, meaning a hybrid between the European and Asiatic. Most Puerto Ricans and Jews incorporate Asiatic DNA, with new-world Mongols for the Puerto Ricans and old world Chinese traders (most likely) for the Jewish.

Ironically, the three ethnic groups that are most similar in behavior to Jews are Italians, Chinese, and Russians. Very good with money, chess players with strategy, and focused rigidly on the bottom line. This ethnic distinction, more even than culture, defines behavior.

Whenever you see the Alt-Right or others raging about the Jews, remember that two things are happening: they are looking for a scapegoat for the terrible decisions made by the West starting with The Enlightenment,™ and they are reacting to the sickening inner fear that slowly, we are turning into The Jew™ by trace admixture.

Instead of pointing outward, we need to look inward. We are not equal, and we are not all part of the same tribe. Some will have to go. The mixed must find a new home, as must the Other, but also, so must those whose thought is incompatible with Western Civilization.

In the meantime, we do not need to harden ourselves and become cruel, but instead, become resolved. Pacifism is always broken — contrast to moral “wrong” — and leads to adulteration of intent, of society, and of our genetics.

When we look toward a future for Western Civilization, it makes sense to aspire to our Nordic-Germanic roots, our realistic philosophy plus transcendental drive for excellence, and a social order in which we are not forced to keep people who do not fit.