John Gray On The Paradox Of Atheism 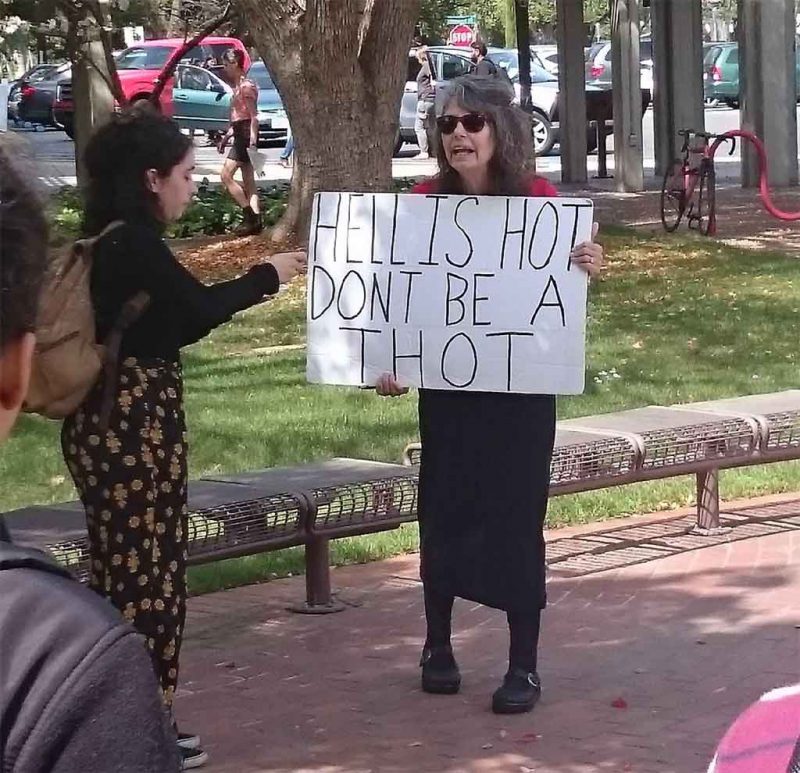 Religion in our time makes friends or enemies based on how it is widely practiced, not how the best practice it, because the herd rushes to the mainstream versions and the solid, accurate, and perceptive variants are obscured to all but the most dedicated.

As a result, it is easy to find a place of worship — church, mosque, synagogue, temple, new age hut — where idiocy of the usual kind is adoringly promoted, and where two words of sense would provoke hissing and ire.

Most of us who grew up in this environment headed straight to atheism, as was the plan our leaders intended, because we saw only illogical, hysterical, and generally tyrannical implementations of religion. There was simply nowhere to go.

However, as time passed, and one was able to read the great works of religion and encounter non-insane religious people on the internet, this faded, at least for Generation X. Our initial desire to maim, kill, and burn all things religion faded to distaste for the mainstream version, much as we dislike the mainstream versions of conservatism, culture, and food.

This brought on a great shift from rabid atheism to benevolent agnosticism, and from there, people felt free to explore ideas of “scientific faith” as found among all the great religions.

Scientific faith treats all religions as metaphorical, and sees them as describing the same world, therefore combs them to see what the essence is, and ends up with something like hermeticism or New Thought.

The logical nature of agnosticism allows this. Agnosticism presents the only scientific and logical approach to the question of God/gods, which is “we do not know.” It does not, like atheism, assert proof of a negative.

John Gray made some comments in a recent interview which made sense of the failings of atheism:

There’s this silly idea that we have no need for religion anymore because we have science, but this is an incredibly foolish notion, since religion addresses different needs than science, needs that science can’t address.

…For example, there are still people who treat the myths of religion, like the Genesis story, as some kind of literal truth, even though they were understood by Jewish thinkers and theologians of the time as parables.

…Too many forms of atheism have functioned like monotheisms by another method. In other words, they’ve tried to fill the gaps in their view of the world, a world in which God has been dethroned, and then they just leave the rest of it as it is.

In other words, if you replace a god but not the god-role, you end up with something else taking the god-role, much as how in a revolution you get rid of your king and get a dictator — whether an individual or the mob — in his place.

My former atheism has migrated toward an understanding of all religion as metaphor and skepticism of that which describes the symbolic and personal rather than vast impersonal forces in a state of semi-consciousness implementing rules and structure.

If there is a god-force, it operates more like a machine, calculation, or ecosystem than a human personality.

If, as is more likely in my view, the god-force is instead a natural ecosystem-like scenario, it will resemble the panoply of pagan gods, none of which are moral and each of which exhibits the tempestuous yet balancing tendencies of nature.

What we call God is most likely an infinite benevolent will toward the growth of all, coupled with a flexible natural selection, so that logical results emerge which are unique and stable. God is the force installing order, harmony, balance, and beauty.

When we skip past the anthropomorphic single god, and see polytheism as a form of monotheism in this way, expressed in a monist — a single world, no separate heavens — context, we have the basis for scientific religion.

This makes more sense than science for the questions only religion can answer, to which our knowledge of the universe remains far too primitive to even phrase correctly much less approximate an answer.

What You Fear In The Jew: The Seduction Of Indirect Race-Mixing | Periscope (May 15, 2019)