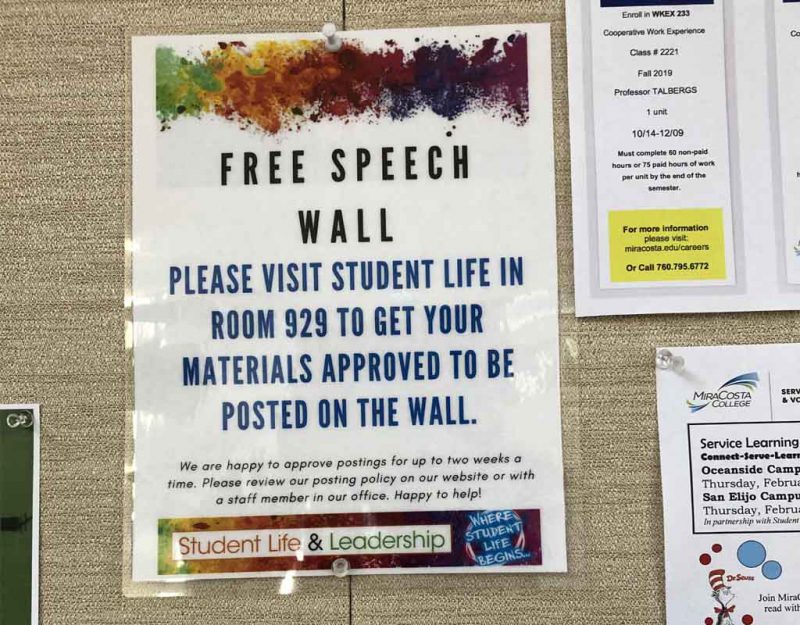 Political Correctness and assassination by baseless insinuation of thoughtcrime have long been the province of the SJW. This is done to surject via terror upon all those watching a new honor code that restricts the freedoms of expression and association of those who are targeted. John Derbyshire’s removal from NRO was a big turning point for this strategy. Once getting Derbed became a staple of petty ideological nastiness, the tool was in the toolbox and the deplatforming wars could go into blitzkrieg stage.

Cancel culture as a way to silence voices on The Dissident Right has successfully completed a pathway to moral acceptability in the widespread culture that mimics the process of a mathematical proof by induction. There is a base case, an induction step, and then the generalized case that makes a proposition valid across all members of a given set. That set is pretty much any media communication that radical SJWs are not in favor of.

We can argue over Base Cases. Senator John Tower, Ayn Rand, Leon Trotsky, and John Derbyshire have all been effectively been canceled within each person’s given frame of reference for having “threatening Right-Wing views” that scared “normal” people. Not all the cancellations involved meat axing in La Ciudad de Mexico, but after each one, nobody was allowed to consider any aspect of the cancelled individuals’ body of thought in any important argument again. Once Team Lefty makes you wear the Nazi Suit, and dance around like Schnitzel, The Treblinka Clown, you are done. Logic has fallen sloppy dead. You are (((Goldstein))). They are INGSOC.

So how does one fight back? It’s a good question now because a lot of people want to. There are ways to Anti-Cancel and ways not to. Playing by the SJW Code of Honor doesn’t work.

In one of fake WASP William F. Buckley’s few lucid moments not spent buggering underage boys, he pointed out The Fallacy of Arguing on Preempted Categories. If the other person can start a debate by defining what will be considered fair or unfair, and which body of facts will be considered true, rather than false, then you don’t need three guesses to figure out who wins the debate.

The recent letter endorsing free expression over cancel culture was poorly planned Anti-Cancel because of The Fallacy of Preempted Categories.

When a hundred and fifty fairly famous people signed the document, pro-LGBTQ SJWs just found out which ones hadn’t vociferously endorsed three-ways with the gender-bent lately and had them cancelled for being Anti-LGBTQ. Nobody is ever quite pure enough to dodge Cancel Culture Coronachan.

And that’s where Cancel Culture ultimately has a hole in the dragon scales. Nobody is ever really pure. The best time-honored method of making some impure is to make them a subject of profound and total ridicule. This just happened over at the SJW hive of villainy and scum known as Twitter.

The solemn and the censorious attempt to bully their way to power by instilling fear and awe. This requires gravitas and bearing. It’s hard for the ignorant mobs hanging the non-SJW from the lampposts at Twitter to be taken seriously when they cannot even control their internal operations. Here’s how it just got harder to be Reverend Dimmesdale over the Internet.

“We detected what we believe to be a coordinated social engineering attack by people who successfully targeted some of our employees with access to internal systems and tools,” Twitter support wrote in a statement. The hacks included Joe Biden, Barack Obama, Mike Bloomberg, Kanye West, Jeff Bezos and Elon Musk. “We know they used this access to take control of many highly-visible (including verified) accounts and Tweet on their behalf,” Twitter said.

This is how you destroy the moral pulpit of the SJW. You make it look like a joke. Jack Dorsey, Twitter CEO, kept up appearances of sanity and ratiocination. He attempted to take his L with a leavening of humility and a promise of future due diligence.

Twitter CEO Jack Dorsey tweeted it had been a “tough day” and the company feels “terrible this happened.”

Twitter hasn’t been made to feel terrible quite yet. Terrible is when it keeps being different employees who develop into an internal resistance that makes off the books money undermining and demeaning Twitter while they bill hours on the clock.

There is an old story that Peggy Noonan peddles about Election Night 1980. The SJW news anchors were telling us how tragic it was as Ronald Reagan ran up the score on the thoroughly Bidenesque James Earl Carter in the process of forcibly ejecting him from serious professional responsibility. Back behind the scenes, the camera operators and key grips were all high-fiving every time another state came in Red instead of Blue.

Peggy tends to go in for the feelz instead of the facts. If her account is somewhat true, then this atmosphere she describes will grow and rot out the foundations of SJW Cancel Culture. It’s tough to look big, tough, and impregnable when your lackeys are standing there behind you saying “bushit, cough, cough” the entire time you sonorously drone on. To cancel somebody’s moral validity, the SJW has to be taken seriously. That doesn’t happen when The Nu-Merry Pranksters hack your Twitter handle to scam people for Bitcoins.

Anti-Cancel has to cancel the moral gravamen of the cancel culture to destroy its seriousness. Nobody can prove J.K. Rowling is a witch like one of her characters from a Harry Potter Novel. They can only being intimidated into accepting the mob’s insane judgement when the mob appears legitimately scary. Taking over the mob’s Twitter handles and having them peddle sleazy bitcoin schemes makes them appear ludicrous not lethal. This is how Anti-Cancel ultimately wins. Nobody believes The Gospel if the person preaching it is a pathetic joke.