What terrifies the right wing 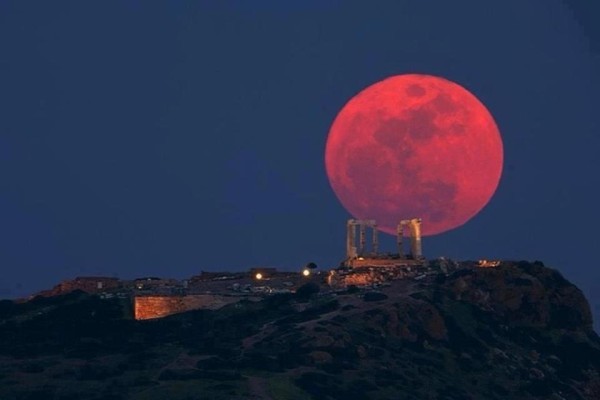 The right-wing exhibits all the signs of a defeated group.

They launch counterattacks, but do not expect them to succeed. Their highest goal — both aboveground and underground — seems to be to lessen the decline, or to hold out waiting for some magic future day when judgment comes.

The aboveground Right formed of the accepted right-wing parties talks glowingly of “bipartisanship” and “pragmatism” but these compromises never work in their favor. The underground right phrase their ideas in such antisocial terms that they guarantee they will never be supported, creating a clubhouse where they can say naughty words but will never affect any change.

These are at best actions to hold back the defeat from further expansion, but they’re strictly rearguard. There is no seizing of the initiative. That is because the right has no hope it can succeed.

On the surface, their pessimism is understandable. Since 1789, the West has steadily turned leftward. After the first world war, this habit really picked up, and gained steam with the Great Depression when many starved and socialism seemed like a tempting idea. Then WWII happened, and after that, the disaster of revelations about the Soviets who were out-of-the-closet totalitarians that the left had been cheering for for the previous three decades.

This is why the one thing that disturbs the Right, terrifies them and drives them into rage is a simple thing:

They don’t dare hope for real change. That puts everything on the line. With hope, they have something to lose. With hope, there’s a chance they might fail. After years of feeling beaten, marginalized and thoroughly out-maneuvered, hope is too much to ask. Seeing it drives them into a tempest of doubt, resentment and neurotic self-criticism.

But perhaps they should reconsider.

As the saying goes, “it’s always darkest just before dawn,” and the right should take this to heart. Liberalism is like most terrible ideas a process that works so long as it is not tested. Whenever it comes up against reality, it implodes.

Most people support liberalism for social reasons. They want their friends to think they’re nice. They want to expand the franchise to as many people as possible, and attract people to their personal projects and ideas. Chanting popular ideas that make it seem like our society is not decaying inward, but actually succeeding, gives everybody warm feelings. And then out come the pocketbooks.

At the same time, people are tiring of perpetual war. Liberalism knows one mode: revolution. It phrases all of its reforms as wars for progress. After lifetimes at war, people stop believing. They begin to feel that sinking feeling, like the best years of their lives perhaps were misspent.

Right now, the West is experiencing a let-down. We were told in 1968 that when the hippies took over, human goodness would reign. What we got instead was endless corruption, a broken system and multiplication of the social problems we had in the past. The more we try to buy our way out of depressions with socialism, the more our money becomes worthless and our society breaks down.

People are ready for change. The Right isn’t ready for them.

There are two forms of hope. One is waiting for a god or outside force to intervene and save you. This doesn’t work so well, in my experience. The other is to take hope in the work of your hands, in your knowledge of reality, and the ability to apply logic and solve problems. That is the kind of hope that the Right needs.

And yet, they fear it. They fear taking those steps. As if the whole thing might unravel…

Let me distill it for them: you have nothing to lose. If the pattern continues, the progressives/leftists/liberals will run everything into the ground and leave you with a country that resembles a hybrid between Brazil and the former Soviet Union. They will do this to all of the West because liberalism is a pathological ideology and they will go swiftly into denial until the end.

With nothing to lose, it’s time for the Right to make its move. 200 years ago we were the establishment; now, we’re the counter-establishment. We represent a new (relative to what has been done) way of doing things. Our ideas have the grandeur of a historic past that was better in every way outside of the leftist ideology.

People like me enrage the Right. I bring to them hope based in the idea that we can solve our problem of social decay like any other problem: by studying it, figuring out a goal, and breaking down the problem into steps toward that goal.

To adopt that idea would mean that they would have to abandon their comfy clubhouses, and their bipartisan agreements that make everyone rich, and their nasty habit of screaming invectives at the TV screen and feeling superior about themselves but doing nothing. It would mean putting their beliefs on the line. Acting, not chattering.

They are afraid to give up what they have for an uncertain future. That’s understandable. But it’s also why we need bravery. In all areas of life, we must take a leap of faith from what we know to what is new, and conquer it.

When they hear me say that, their rage intensifies. In their minds, I am attacking what they have and trying to destroy it. But what they have is on a path to inevitable failure if they do not change course.

Instead of placing our future hope in events that will not happen, let us work to fix it. This requires relatively few steps, the first of which is to raise a bunch of noise and make it clear what we represent. It means getting out of armchair. But if we follow the path of hope, we can create a new future.

On not throwing in the towel | Dharma