On not throwing in the towel 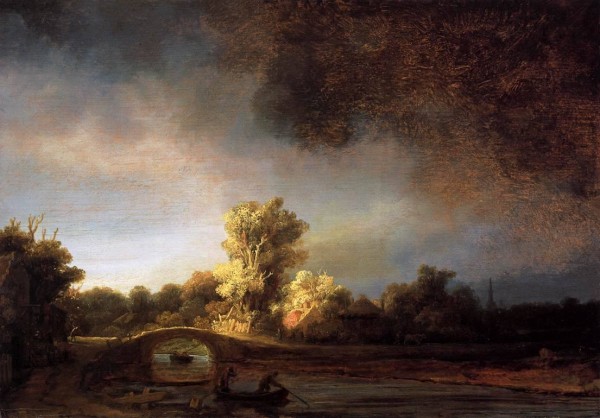 As we walk through this modern life, the great temptation is to look at it with honest eyes — to see the deception, manipulation and selfishness of humanity as it gains the upper hand through Crowdism — and to think the cause is lost and the only solution is to tear it down and to burn the remnants on an altar of hatred.

But, as the ancients warned us, destruction knows no brotherhood. When you ally yourself with destruction, you have launched yourself toward the removal of all order. There is nowhere to go but down. This is separate from creative destruction, which is the replacing of things with other things that work better; a form of re-arrangement.

As mentioned in the past, this is a quality-versus-quantity debate. To destroy what is, is to want another thing that is; this is the same impulse behind anarchy and wanting a second mystical world where all is pure (dualism). To improve what exists takes more emotional and mental effort, and is an issue of quality: to gradually improve what is so that it surpasses itself.

The quantity argument is based in the fundamental human error. This solipsistic fallacy insists that the self is greater than the world, so if something is wrong with the world, the world must be replaced, usually with a human order. A more naturalistic view is that the world is many things, and we can organize the world according to its own principles to improve what is. The human is transparent in this view and the possibilities of order shine through that diaphanous actor.

A quality-based argument would recognize that at this point we have a lack of quality in the West. Our leaders are idiots; our mass culture is garbage; our social standards and public morality are crass and parasitic. But we need those things, which means that what we need to do is improve them. Throwing them out and hoping to re-invent them would not achieve this result.

It is tempting to wage pure war on this society. To let the rage take over, and to seize axes and torches and embark on a crusade to cleanse the world of it entirely. To destroy, to level everything, to be left with nothing but heaps of ashes and charred bone, and to begin again. But in the sober light of morning a different reality emerges.

Begin again, with what? We need something to function like government, money, law, morality, socializing and other familiar functions. Barring some ability to quickly invent better alternatives, we’ll end up with versions of the same things we have now. Thus “beginning again” starts to resemble “rebuild the same stuff.” The quantity-based argument goes nowhere.

Re-creating a society is harder than people like to think by a magnitude of thousands. Every detail of the average day leads to an intricate piece of infrastructure which must not only be built, but be built in such a way that it meshes with others. It takes centuries if not millennia to do this, and all “new” societies over the past 5,000 years or so have built on an archetype of the society from which they broke away.

Look over the history of alternative societies, communes and managed communities. Most fail because crucial elements of their infrastructures failed, or they simply drifted apart because there wasn’t enough to hold the members together. That path leads to either re-creation of the society that was rejected, or trying ideas that were thrown out because they failed long before.

Do a thought experiment. Look around as you go through your day and think about what you would throw out and what you would keep. Beethoven — better keep that one; Justin Bieber — yeah, we know. Look at every person you know. If the decision were left up to you, would you want this person in your society? Soon you will have two mental stacks, and you’ll find the “keep” stack while small is not insubstantial.

Keep in mind that your “keep” heap is artificially small. This is because the smarter and better people in our society tend to escape notice. This is in part deliberate; they have realized how crazy most people are, and know that the best way to deal with crazy is to be off its radar. As a result, you don’t find them on TV, or in positions that trumpet their importance. Instead, they’re behind the scenes doing what good people do, which is to maintain and enhance aspects of life.

Let’s look at the math. How much of this society is toss? What percentage of the people, institutions, laws, customs and culture do we toss out? If you look at it honestly, it’s far less than 90%. It seems to me to be (at most) about 40%. The grocery stores work OK, but I’d toss out the crap food. The roads mostly work. Cops generally do a good job with the daily theft, assault, murder, and rape. Most people strike me as fundamentally decent if confused.

One word about people: they can improve, and they do improve. If the basics are good, and they are pointed in a good direction, they will steadily keep going in that direction. The same is true of societies. When bad is encouraged, people follow the path of bad to their own degradation. Encouraging good reverses this and in a few generations, puts the society back to order.

There are really only two approaches in this world. Either you want to make something beautiful of life, which requires acknowledging the order inherent to it, or you want greater personal control, which requires obliterating that order. Those who wish to walk in the light are those who want the truth and so they pick the former because the latter is a lie.

Our ancestors told us that “beauty is truth, and truth beauty.” A corollary: truth produces beauty. When truth is revealed, the path to improving what exists until it is beautiful becomes clear. With this principle we liberate ourselves from the herd, who rely upon a lie in order to feel a sense of personal control over reality, which no one can control.

It is the same in fixing society. Some want the decay to continue and those who wish to burn it all and start over are, by not following the truth of the situation, joining the forces of decay. Others want to rise above, to ascend and walk in the light of truth, and they recognize that we fix this situation like any other: salvage the good, throw out the bad, and begin the work of restoration and improvement.