What Should Be Done About Christianity? 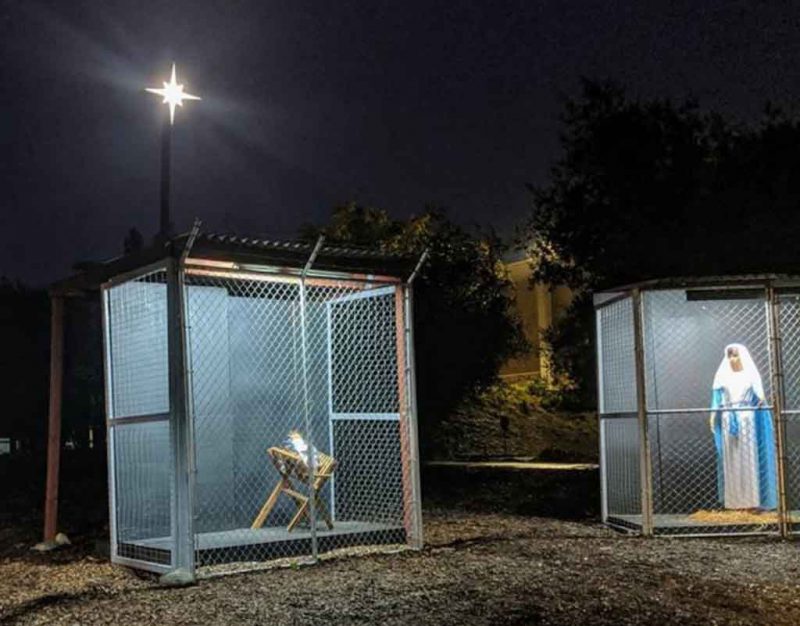 On the Right currently, we find ourselves in an enviable but difficult position.

It is clear that the entire realm of individualism — egalitarianism, democracy, diversity, equality, socialism — has gone the same route as the Soviets and the French after their Revolution, namely into mismanagement followed by Asiatic third world style centralized warlord rule.

This means that we now know the quantum of Leftism, which is that it is apologism and denial of civilization decay, a rationalization based on not trying to achieve what is good, but making the bad comfortable enough that we can pass on like drunk people with slit wrists in a warm bath.

We on the Right now find ourselves trying to decide not simply what we dislike about the current time, since all of that is going away anyway, but what we want instead. In other words, if you had a blank sheet of paper to design your ideal civilization, what would it look like?

As is to be expected, most of our group remains stuck in the thinking of the twentieth century. We are trying to figure out how to make government, taxes, and entitlements work so that they are not genocidal to our people.

Spoiler: you cannot make socialism work in any amount, just like diversity and equality. They are small, simple ideas that become precedent, and through that, take over other ideas by virtue of being smaller and broader. They are focused like laser light; reality works like sunlight.

As part of that process, conservatives have become divided between those more like Traditionalists and those who are more in love with Reaganism or National Socialism, both of which require a strong but small state.

Those of us on the “crunchy conservative” side want to use the power of government to relocate those who do not belong here and weed out the defective, but then move to a culture-oriented social ecosystem with kings, caste, culture, and positive reward instead of collective rewards.

As part of “culture,” we have faith, which in the traditional ways of humanity is part of each individual culture, not universal. German Christianity is different from Greek Christianity, in other words, because ultimately faith is a metaphorical interpretation of a culture and its philosophy.

This is not to say that there are “wrong” faiths; all faiths are heuristic approximations through metaphor of an underlying and probably inexpressible truth that our world is the effect of causes which are more properly seen as pattern and information than material or tangible things.

With that in mind, our world clearly has additional dimensions than that which we can see, touch, smell, taste, feel, and hear. All religion is man-made and reflects interpretations of this fundamental truth, with the knowledge that is inexpressible and will be understood in degrees based on IQ and experience of the perceiver.

Some on both sides go full Nietzsche and see Christianity as the downfall of the West; others point out that many other societies such as Athens, Rome, Angkor Wat, Chechen Itza, Tenochtitlan, Cahokia, and Egypt have perished by the same symptom, generally class warfare leading to diversity, democracy, equality, and through that, a liberalization of standards leading to disunity and ultimately, apathy and selfishness. Individualism runs full cycle, starting with something like The Enlightenment™ and ending in an unruly mob which can only be contained by Asiatic-style third world warlords. That is how civilizations decay.

We now suffer this state in the West. What brought us here? Following the trail takes us back to The Enlightenment,™ when it was decided that the expression of the individual was more important than orders larger than the individual, like culture, faith, nature, and common sense.

The Enlightenment™ happened mainly because our cultural traditions became bound up in our religious tradition, Christianity, instead of the other way around as was common throughout history. As Christianity came under attack and divided into sects, unity was lost, and with it, faith in faith itself.

Had there been one church for each nation, and that church reflected immutable truths, none of this would have happened. However, the Catholic church remained in love with the late Roman Empire idea of universalism, or that one church could apply equally to all nationalities and individuals.

This meant that when Christianity began to fragment, it cracked across the board, creating a void into which the normal human “me first” — which wants nothing more than anarchy without accountability but with subsidies — came, rationalizing itself as “freedom” and “self-expression.”

From that moment came all the other ills. Political equality took over from the idea of quality leadership. Social equality destroyed social structure. Every trait that made an individual something other than “normal” became a special interest group.

However, we have to consider that each thing has a cause and is the effect of only that cause. The Enlightenment™ did not happen in a vacuum, nor did the Mongol and Muslim invasions, nor the peasant revolts which followed.

In other words, civilizations decay because they succeeded, and this brings about new problems that are a result of that success and the reaction of others to it. This means that civilization decay is another hurdle we face, like figuring out basic hygiene, agriculture, and defensive warfare.

No one likes to view it this way, but humanity started in utter ignorance and faced many challenges. First there were wild beasts, then droughts and famine, followed by diseases, and finally, the rising challenge from others who saw our power increase and wanted to steal it for themselves.

In this, Christianity got caught up, just like every other institution.

This is not to say that Christianity does not possess its share of problems. In particular, its universalism, metaphysical dualism, and foreign origin remain problematic.

Universalism consists of the assumption that all people are the same and there can be one religion for all of them, not religion as an outpouring of national culture. People have figured out how to fix this in Christianity: spin off a sect for your nation, like the Church of England.

Metaphysical dualism states that, instead of the cause/effect relationship mentioned above, this world is a wasteland which operates by the wrong rules, but there is another perfect world where everything is just right. This is most likely a misreading of statements made by the prophet Yeshua.

The foreign origin part is obvious… a religion written about the middle east, full of foreign names and places, has little relevance to those in Europe. However, people like far-off tales, and this can be countered through the traditional Anglo-Saxon method.

In England and Anglo-America, it was considered normal to understand the Bible only in the context of the Greeks, Romans, and Nordic pagans. We viewed the Christian texts as a simpler, more direct formalization of that knowledge.

A future Christianity for the West must involve more than the Bible itself. It must be read in context, especially since so much of Christian theology comes from Greek, Buddhist, and Nordic origins. We can merge those origins back into the religion and have it be more widely understood.

At that point, it might make sense to let each nation incorporate the Bible it wants. Perhaps some of those older texts about Canaan and Israel make less sense than a history of the German resistance to the Romans. Or maybe they can be read in parallel.

Either way, it makes little sense to concern ourselves with a yes/no judgment on Christianity. We have a grand tradition of churches and theology, and this should continue, although it must reflect the traditional Western method: we understand it in the context of ourselves, not the other way around.