What It Means To Require Hierarchy 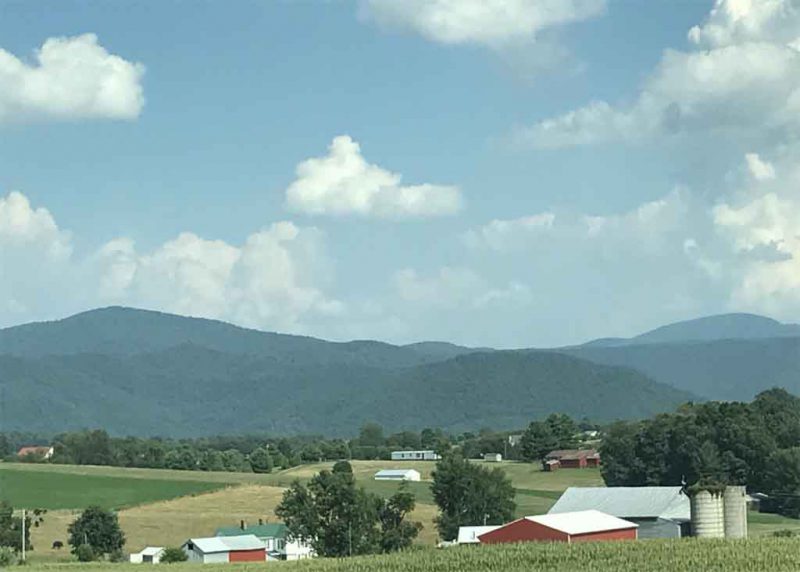 The Left wants equality; the Right counters with “hierarchy,” which is a subset of its largest idea, which is the sense of an order outside the individual that is based in both what is realistic and what is morally good, beautiful, excellent, and eternally true.

Every political philosophy fits under one of these two because egalitarianism is a mission in itself; you are either egalitarian, or you have chosen another goal, and that usually relies on some interpretation of reality instead of salesmanship, because most people want to believe in equality. It is like a drug to human brains.

Hierarchy arises naturally from a study of reality. Flat orders — where none are above any others — work well for single-celled organisms, but everything else requires hierarchy, even intensely “collective” creatures like bees, ants, and fish. To have order, standards, and direction (including purpose) we need hierarchy.

So far, that sounds good, but it is still too abstract. What does hierarchy look like?

The moron conservative answer, of course, is “meritocracy.” They think that lining everyone up, cramming them through education, testing them extensively, and then forcing them to jump through other hoops like licensure and professional organizations will choose the best.

In reality, this just introduces massive tedium to life merely for the pretense of saying that anyone can rise. Sure, anyone can be a doctor… if they are willing to take on this debt, jump through these hoops, and have no lives of their own. This is a good way to get sociopaths, or make people so embittered as to be close to the same.

If you put all of the intelligent people in a vast (figurative) room, and then filtered out the evil and some of the lazy, you would have the group that you want to select for the upper levels of your hierarchy. You might filter out the obese, alcoholics, and people who smoke in bed as well.

The point being made here is a logical one: to find your best people, you use multiple layers of selection. You look for the intelligent; among them, the good; then, you remove any with pathologies. You might keep some of the lazy because laziness leads to both efficiency and a greater enjoyment of life, in the right hands.

A more sensible approach involves realizing that we are in the era of Darwin, and whether or not his theory explains our origins, it definitely explains the evolution going on around us. We can go up, or down, the ladder of advancement depending on whether we choose ambitious goals or mediocre ones.

How do we move upward? Produce more geniuses, which requires a “genius pump” created by having a positive goal and a society that rewards genius:

So – high intelligence is very rare (and some societies have too low an average intelligence to generate more than a tiny proportion of very intelligent people).

Within this tiny group of highly intelligent people, on top of all this, to get the coincidence of a creative way of thinking with a sufficiently persevering personality type is very rare.

And among this small percentage of a small percentage, there are the workings of sheer luck, there is the higher than normal risk of (self) sabotage by mental illness and addiction, there are the problems of a higher than usual probability of an abrasive or antisocial personality – and (as Murray identifies) the likelihood that for a person to aim very high requires a belief in transcendental values (the beautiful, the truth, virtue) – and that some societies (such as our own) lack this belief.

The traditional genius pump is the caste system. This divides people into bands by intelligence, limits their influence to that which they can understand, and encourages them to move upward by rewarding only exceptional ability and behavior. This punishes the bad, and rewards the good, in inversion of what we have now.

Most people fear a caste system because they realize that for most of us, the intelligence lottery is not going to give us everything we want. Ninety percent will have ordinary and unexceptional intelligences, and will need to be told what to do; nine percent will have enough brains to be delegated tasks; a lucky one percent are the pathfinders, inventors, creators, and guides who become the leaders of a society.

This way, Darwin works for us instead of against us as it does now. We reward the best, producing more of them. These best form an aristocracy, or a loose-knit mesh of higher caste people who conduct the business of leadership and administration. This ultimately produces leaders who have what Alfred Jay Nock referred to as dual “force of intellect” and “force of (moral) character.”

Here we can defer to the wisdom of Arthur Schopenhauer:

If you want Utopian plans, I would say: the only solution to the problem is the despotism of the wise and noble members of a genuine aristocracy, a genuine nobility, achieved by mating the most magnanimous men with the cleverest and most gifted women. This proposal constitutes My Utopia and my Platonic Republic.

With this notion, we escape meritocracy-land and equality-land alike. We realize that traits are heritable, which means that the vast majority of influence on whether someone has an ability comes from their genes; this is pure Darwinism and common sense. Then, we selectively breed ourselves so that people like us but of exceptional ability and moral goodness are our rulers.

This means that we have two types of hierarchy: a leadership hierarchy, where we breed upward to produce leaders of genius, and a social hierarchy, where some are in classes above others because we trust their judgment more. This issue will affect the Alt Right in the future because unofficial caste systems are essential to social order.

Writer Brad Griffin, who has been chronicling the rise and specialization of the far Right for several decades, touched on the class divisions of the Alt Right in a recent interview:

White nationalist Brad Griffin, who has promoted the alt-right on his website, Occidental Dissent, said the Charlottesville rally became a catalyst for the movement’s “implosion.”

In October, Griffin helped organize a rally in Shelbyville , Tennessee, that fueled an internal debate over the “optics” of such events. Several leading alt-right figures mocked and criticized the rally’s participants for displaying neo-Nazi symbols and making “Sieg heil” salutes.

“The divisions were always there,” Griffin said. “There is a big class divide in the movement. There’s a certain faction of the alt-right that is more middle class, suburban, who are very dismissive of working-class people.”

As longtime readers here know, I am skeptical of the middle class; they engage in the “bourgeois” thinking that allows them to disregard anything but the personal pursuit of wealth, power, and membership in gated communities. They tend to treat society as a service and not a civilization.

However, for us to make it to the next stage, we must accept that social class is a proxy for the internal hierarchy of our people. We are not all equal, just as no two tribes — each defined by overlapping race, religion, ethnic group, culture, and values system — are equal. There is no equality. It is an illusion and nothing more.

The Left denies class because it hopes to abolish all hierarchy in order to achieve its goal, which is that its individualistic members will not lose social rank for bad behavior, allowing them to enjoy civilization but externalize the cost of their actions to it with impunity. The Left hates rank and values for this reason.

The Right can embrace a gentle class balance. Yes, some groups are smarter than others; yes, they should probably lead us, unless individual members are shown to be incompetent or morally broken. However, we are working toward for the same goal: the restoration of Western Civilization and the rebirth of our people. We can collaborate.

Small But Consistent Steps To Victory Behind A Shield Of Drama | Stephanie Wilkinson Shows Us The New Order Americans Want: Balkanization