What is the Zombie Ritual? 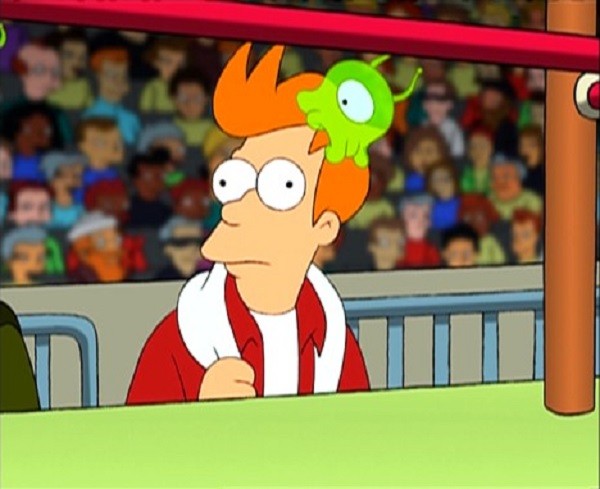 Out of the gathering fog, they assemble without knowing why. Brainless, they move impulsively like insects, repeating actions autonomically. They consume the living and replace them with the living dead. The few survivors resist but are hopelessly outnumbered and are excluded to the point of living in constant fear, hiding in remote areas and maintaining a constant paranoia, because at any moment the attack can come.

This is the Zombie Ritual. It describes how every society on earth has destroyed itself: by replacing the logic of consequences with a social code that enforces illusion. In a dying society, the only way to advance is to repeat the zombie ideology. This causes other people to approve of you, hire you and befriend you. Once you have joined the group of socially acceptable people, you can then make a life for yourself. It is thus logical to repeat lies and eventually, it becomes logical to believe them, because otherwise you must face the truth that your society is dying and you and your descendants will be destroyed by its collapse.

If you obey the dominant power, all will be OK, at least for now; almost everyone does, because the alternative is to be excluded. The dominant power maintains control by forcing people to accept an idea which is also a goal. This idea “represents” reality but does so like a symbol, inaccurately and favoring certain ideas over others. If everyone else agrees that the Emperor’s new clothes are beautiful, when in fact he is naked and revealed thus as foolish, those who speak up against the new clothes will be pariahs. At the same time, an Emperor that foolish will lead the civilization into decline if not outright dystopia. The official narrative states that the new clothes are beautiful, and anyone who wants to succeed must repeat this dogma.

When contradictions to the official narrative or doubt of its validity emerge, the people become terrified. They take the path of least resistance: instead of opening up critique of the narrative, they gather together with others to reinforce the narrative. First they filter out disturbing thoughts and facts, and then they go on a witch-hunt for any who disagree with this new interpretation of what is real. Individuals can advance themselves by currying favor from this lynch mob by smashing down others who do not embrace the narrative enough, claiming them as deniers. In the grips of such a passion, the society quickly removes all but those who champion the official narrative.

Drink from the goblet, the goblet of gore
Taste the zombie’s drug, now you want more
Drifting from the living, joining with the dead
Zombie dwelling maggots, now infest your head

For the everyday person, it becomes important to avoid noticing glitches in the narrative. When reality contradicts dogma, the correct response is more dogma. It can be made more extreme and must be, because the farther it drifts from reality the more its errors show, and so these societies inevitable tend toward stronger lynch mobs and/or official voices who will censure or outright imprison those who disagree. It may even, like the first democracy in Athens, execute people for asking questions about the official narrative, as it did to Socrates. The defeat of those who disagree will be viewed as victory for the narrative and thus affirmation that it is correct, good, true and “the right side of history.”

Among the people neurosis and near-schizophrenic conditions will become the norm as they force themselves to believe what is patently untrue. Like the loyalty test question in 1984, where 2+2=5 to those who love Big Brother, the test of dogma exists everywhere, especially in everyday conversation. Those who enforce the narrative are safe. Those who do not must be shunned lest those who associate with them be thought to be critical of the narrative. All must obey not just in their actions, but in their words, which then program their minds. The result is that the average person lives in a world of political assumptions, programmed to see issues within only those narrow filtered questions and cherry-picked data sets.

This creates a fetishism of denial among the people. They compete to see who is most in denial, and by being more rabid and strident than the rest individuals can rise to prominence. They are cheerleaders for the narrative and make everyone else feel good because instead of pointing to doubts and fears, they issue a calming statement that all is well and nothing must change. Just keep on keeping on. And thus people can turn back to their jobs, their personal lives and their fortunes and avoid any thoughts that they are complicit in the creation of a tragedy. They are given the freedom to be oblivious, which is what they wanted in the first place: permission to stop concerning themselves with anything but themselves.

As denial intensifies, the recriminations accelerate and the opposition becomes weaker. It also finds it harder to defend any point of view but the prevailing dogma since all of the language that it uses is already framed in terms that are convenient to the narrative. Any thought except the narrative gets squeezed to the periphery and then excluded. The narrative becomes the new starting point for all thought and the assumption behind every statement. Conflicts with reality become explained as enemies, not errors in the narrative. For this reason, the society goes off on a path of its own chasing chimerae of political illusions and, when it finally collides with reality again, it is in a fatal and permanent correction.