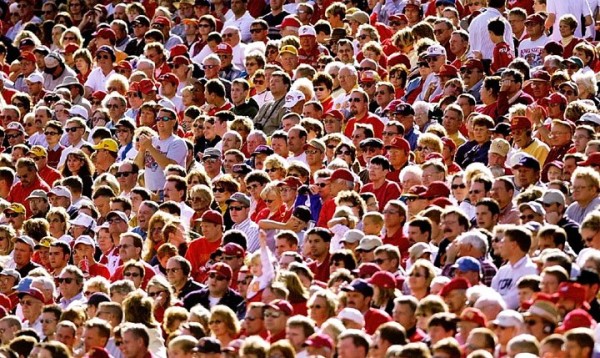 For our own convenience, we like to think of the past as a foreign land. That way the present can be a blank slate, like ourselves, just waiting for whatever drama we brew up in our own minds to imprint upon it.

In reality, past dictates present because history shows us the problems that arose and how we responded to them. We keep applying those methods until contradicted by another thread of history. (We could instead have wise leaders who would avoid this quasi-dialectic cycle, but that offends the proles).

The United States still fights the Civil War in its policy of today. In the Civil War, a strong federal government affirmed the “one size fits all” policy by using fear of race hatred as an excuse for its seizure of power. Even one and a half centuries later the ideals of our elites conform to what was needed in that civil war, and in any new situation we apply that old template. When Hitler popped up, it was only too easy to style him as the new Simon Legree.

To show that you have allegiance to the Union, you must recite that white people are bad, racial equality is good, diversity can work and the only way to make it work is to enforce equality by penalizing white people and transferring that money, power and prestige to non-white people. Notice I did not say “blacks.” We have expanded our diversity mandate; the liberal response to troubles in the black community is to replace them with Asiatics, including Hispanic indios who are Siberian in descent.

Europe on the other hand still fights the Napoleonic wars, which were where liberalism — the philosophy of the Revolution — really gained control by threatening all of Europe. To show that you have allegiance to Napoleon, you must recite that you support liberty-equality-fraternity for all, which means everyone can show up here and, if they pledge allegiance to Napoleon, can be part of the grand Republic. Ideology is more important than nationality. In fact, only ideology matters, because it is what the Revolution will use to replace culture, heritage, customs, traditions, religion, marriage, and everything else of an organic nature. Swear to the artificial, alien and manipulative ideology — give in to the virus — and you will be on your way to success.

The goal in both these cases is to make the state the guardian of morality, which ideology absorbs and replaces, and to war against all exceptions. Those who are not infected must be infected and if they resist, they are enemies who must be destroyed. Only those who are infected are safe because they will not resist the power of the government, which administers the will of the People, who are the dictators of the modern time. That they rule by vote and not fiat makes no difference.

What most people do not understand about proleocracy is how patriotic it is. You do not swear allegiance to a people, but to a flag and a political concept behind it. Since politics is a belief system that influences all other belief, this includes views on everything from economics to sex to religion. Proleocracy requires people to be patriotic by reciting the terms that show they have been infected. This makes it easy to see who the enemies are. In our society, the most patriotic people are liberals. For them, the crusade to achieve the goals of government is not just a good idea, but a lifestyle. They may not fly the flag but they do not have to, because by their rabid insistence on equality in every situation, they show their obedience.

Government-based society proves troubling because it is a logical puzzle. Those of us who come from culture do not understand it because it is an anti-culture, which means that it does not have any positive goals only negative ones. “Freedom” for example means the absence of something, not something in itself. You do not run a race for freedom; you run a race to win. Anti-cultures benefit from their inner emptiness because it gives people nothing to do except mob together against all that is not liberal.

You can see the problem with this approach in microcosm if you have ever seen a family or company fail. They become self-referential, and replace deference to reality with deference to ideals which, because they are created to manipulate and not reflect learning, are inherently anti-reality. You cannot have people show they are infected by telling you anything that is true. They must repeat a lie — “2+2=5” from 1984 — to indicate their obedience. When a company has its own internal culture that denies reality, like Apple in the early 1980s, it quickly becomes anti-reality in addition to anti-culture.

We are at that stage in the West right now. The Soviets used an accelerated version of Revolutionary ideology called Communism and also ruled over 95 average IQ illiterate Eurasian peasants known to history as “slav” because they were the original slave population of Europe and Asia. Their society became self-referential. This meant that even doing the most logical things ensured failure because the precepts — basic assumptions upon which all thinking was based — contained tainted data. The people infected themselves to succeed on an individual basis, chased an ideology of collective subsidy on an individual basis, and failed as a group.

Conservatives in the West need to wake up and smell the coffee. Ideology will never yield. It will compromise because winning by inches is easier than winning by miles. It will hide its real motivation behind wars on poverty, saving the poor African-Americans, and “Je Suis Charlie.” Its goal is total control and exclusion of those who are not infected. You will have to fight it on its own terms by seizing power not locally but federally and dismantling its laws and allowing us to discriminate against the infected and thus exclude it from our lives. There is no escape from the need for a king, leader and strong national culture.

The hive mind rages | What is the Zombie Ritual?