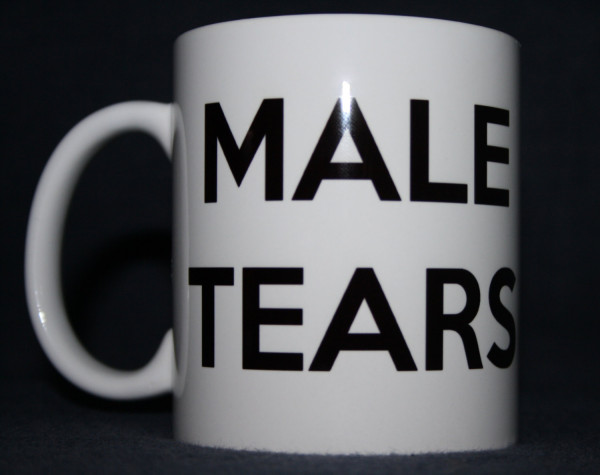 While “social justice” may be a common topic on the internet, like the average person I never heard of them — until started working at an advertising agency. My job as a web programmer required me to integrate their ad control system with their many websites, adding extra functionality. This in turn required me to understand their marketing strategy, which specifically targeted Social Justice Warriors (SJWs) because they were a lucrative demographic.

SJWs are people for whom activism is an activity, like shopping, or being on a sports team. They bond with one another over having the right opinions. Cheap and easy, with no chance of criticism from others, social activism provides a hobby to talk about at the local bar after a long day of work. The vast majority of SJWs are liberal, middle-class, university educated white women and their low-status male admirers. These are the women who did not get married, but are living the single life, and the men who are of “low status” meaning they are not rich, famous, strong, or so intelligent that they are successful. They hang around middle-level jobs and follow around the women they think may grant them sexual access in exchange for “white knighting” or support in internet combat against the enemy.

Marketing to these people proves to be quite profitable. SJWs spend an absurd amount of money on cheap, mass-produced lifestyle products. They buy these things so they can post photos of themselves on Tumblr with the product, and a referral link to where they bought the item. These people are prolific consumers on par with the “bourgeois” they claim to resent. Where the bourgeois buy BMW and Prada, SJWs — being single, and unlikely to ever get married — spend their money on the same stuff time after time. They may own iPhones and cell phone plans, but the rest of their spending is on what are essentially novelty products. In this way, SJWs are a marketer’s dream because they have already established a sales pyramid among themselves and if a product becomes trendy it automatically scales that pyramid.

This makes it easy to sell them cheap products with expensive messages. There are considerably higher profit margins on “this is what a feminist looks like t-shirts” and a much lower investment is required to make them. There’s less of a barrier to entry. The same can be said for shit like “Depression Quest” or any other SJW fodder indy game. A game doesn’t have to look good or be fun if you can convince your audience to buy it because it addresses “issues.” If the product has the right message, they buy it with a blind impulse that is easily manipulated. They click ads and fall for fake marketeer profiles because they hear what they want to hear. They’re the left’s equivalent of people who’d buy anything with an American flag on for the years following 9/11.

Internet sites love these guys. Instead of surly 4chan types who never buy anything, they can easily attract people who will buy a t-shirt made in a Taiwanese sweatshop with a pro-feminist message on it (and 500% mark-up). How do you attract SJWs? You clear away threats to their ideology, which means anyone who might disagree. For them to see a virtual space as “safe,” it must be cleansed of the “undesirables” who are non-SJW. Luckily, these opposition types are bad consumers. Little money is made by pitching to ad-block, VPN, piratebay, google-fu experts who post things that makes the ladies want to faint. SJWs are a type of consumer that may be unique in its opinions, but it acts like every other type of consumer. If you pitch products to their self-image, they keep buying until they run out of credit.

You can see this same process of consumerization in music festivals. The festivals are made good by members of the counter-culture, but when the festivals start attracting big names, suddenly ticket prices climb, drugs are banned completely, nakedness, improptu perfomances, and general anarchy are stopped and it becomes some homogenised, middle-class-mother-friendly pop concert with Hummus everywhere and excellent baby-changing facilities. Why? Because dirty hippies don’t spend as much money as middle class moms and university-educated white girls. A dirty hippie is there to see the band, buy some beer and have a good time. An SJW is there to buy tickets, bumper stickers, mugs, pens and hats so that they can pose with them for a selfie and possibly win in the lottery of what is trending among other SJWs now. Even better, they are adamant about comfort, so you can sell them hotel rooms and rental cars too.

How do they afford this? Most of the famous SJWs are trust-fund babies. The working SJWs (and there are plenty) aren’t as loud and don’t spend so much time begging for you to supplement their trust fund or to fund their cutting edge game, made in game-maker, about being cat-called (games are art and therefore don’t have to be fun, shitlord). But they tend to follow the lead of the trust-fund SJWs because those have more time and as a result make up more of the cutting-edge trends. To post to Tumblr all day, someone else paying the bills or an easy perpetual entry-level job. SJWs will buy “male tears” mugs and “smash the patriarchy” t-shirts or a “die cis scum” quilt because they can do so from their desks every week instead of investing in homes, cars, kids and a future.

The SJW phenomenon causes a type of gentrification of high-traffic parts of the internet. When they start out, most sites are occupied by people who have goals other than pure consumption itself. They tend to buy less stuff and not buy compulsively. This group is worthless as a target demographic for advertising. They make very little money, buy few products, and hate advertising, so the more you advertise, the less likely they are to buy. Business likes a simple formula of audience x advertising = profits. You can only get that with people who buy compulsively, and since SJWs compulsively buy whatever is trendy at the time, it becomes easy to follow trends, put them on products, and reap the “fat tail” of all the SJWs trying to catch up with their leaders.

If you want to understand the mentality of the SJW, you need to see them as consumers in the classic model and not as radical activists. Where Bob Smith was “keeping up with the Joneses” to avoid looking poor in comparison, SJWs are keeping up with each other to avoid looking uninformed and un-hip. Remember, “social justice” activism is a mode of socialization and an activity for them. They are not engaging in this to change the world like a die-hard ideologue so much as to have fun and attract a social group. As single people without families or extraordinary success in their careers, they need some cause that makes it look like their lives are still important, and their dollars have funded a whole industry based on giving them what they want.