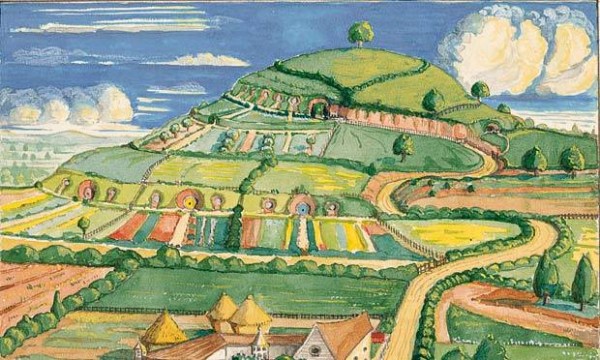 Many times, when I have wished to discuss the problems of my own people, I have found others who proclaim that they are of a similar bent. Discussion inevitably turns toward niggers, which I thoroughly endorse, but halfway through, it becomes clear to me that we are not using the word in the same way.

“You mean,” I say, pipe halfway out of my mouth, “You’re speaking of African-Americans?”

The fact is that — to a student of language — the unfortunate word nigger has connotations beyond “black.” It means a slave, one who must be managed because he will be destructive if he manages himself. It also means someone that is tolerated in society only if he keeps within a lower role, because there is well-justified fear of what he will do if not oppressed.

As such, I find it useless to apply the word to other races. I would like to talk about the white degenerates among us, and why I fear them more than anything else.

Growing up in the South, I was exposed to the great secret of the South, which is that they love their black people. The Southerners are in fact an affectionate group, and they will take you in if you show up lost in a storm and will mend you with affection and grease-laden, vegetable-heavy cooking. Somehow it works. But in the South, black people are viewed as parishioners or constituents; members of the family who need someone to speak up for them. Of course, for a Southerner, many such things fall into this category. Dogs, for one. Forests, for another, and hummingbirds and cottonmouths and eagles and rivers. They love just about everything, each in its place, knowing that putting it above that place will only force it to confront its own inadequacies and make it hate life.

In the South, people have their place. White people have their places… and white people have many divisions. If you are WASP, you are at the top, as these are the people who tamed the wilderness and founded the new nation. Next up are the Catholics, who are viewed similar to cousins obsessed with conspiracies, “well-intentioned” but perhaps a bit lost. At the bottom are the near-whites, the Italians, Irish, Greeks, Slavs and Jews, seen as the remnants of formerly white empires that collapsed and thus always enraged by their fallen status and sometimes prone to clawing their way back up through physical means, only to find out they could not change the beast within.

What the South does is grant self-respect to every group. White people have their half of the city, blacks have their half. There are “quarters” for Mexicans, Arabs, homosexuals, Jehovah’s Witnesses, stoners and smugglers. Each does what it must, but with a crucial distinction: no one else subsidizes what it does. If the African half runs out of money, the white quarter says #yolo and goes on with its business… and vice-versa. Similarly if there’s a gunfight in the smuggler realm and 30 bodies are left behind, they all get stamped VAGRANT and society moves on.

Modern society has none of this. The group I want to talk about — white people, a.k.a. “niggers” until they improve their behavior — have no self-respect and no space of their own. Neither does anyone else, but that is a consequence of the white people having flaked out. When white people gave up on their role as founders and leaders of this society, chaos rushed into the void (nature abhors a vacuum, after all). The result has been dispossession for all despite many public statements about how empowered we are all now, with no evidence to suggest that is actually true.

White people are niggers. They need to stop their slave-like wailing, pick up the reins they have inherited, and set this society back on course. We cannot “help” any other group but we can give them self-respect, which comes through self-rule and an end to cloying white paternalism. We are all familiar with the standard white liberal whose personal life is a mess, whose family is in ruins and whose mind is perpetually confused, but who “finds meaning” by helping the third-worlders. But helping in this case means condescension, and no amount of foreign aid and hand-dug latrines can compensate for the smug superiority implied to these neurotic whites. They are in fact more racist than any racist group has ever managed to be, but they hide it behind a heavy layer of neurosis and posturing.

Other groups know, just as we know, that white people are merely projecting. What was that the Bible said about the mote in the eye of another, and the beam in one’s own eye? It is always easier to critique the problems of another group, because they appear simpler and easier than our own. This plays into our myth — with some basis in reality — that other groups are simpler and face simpler challenges. However, the real challenge they face is having self-rule and self-respect, and that is universal to all groups. Even buzzards are happiest when they feel that they are captains of their own futures, of their own souls… and so it is with the many human groups. Diversity does not work because it either puts one group on top, and makes everyone else feel like niggers, or puts no one on top and then everyone else feels impotent. This is what white pretense has brought us, and it is why I consider white people the biggest group of niggers on this planet today.

Dear fellow trailer-dwellers, crackers, honkeys, pig people and cheese-eaters, the fact is this: it is only your pretense that causes you to indulge in fanatical anti-racism, pro-transgenderism, anti-sexism, class warfare and other diversity jihads. You are simply transferring the weight of your own problems to others, where because “the grass is greener” everything seems simpler and easier. You are such adorable little individualists that you insist on iconoclasm, which makes it impossible to agree on anything. For every thousand white people, there will be a thousand opinions, guaranteeing that nothing will get done. You are so focused on “keeping up with the Joneses” not just with the junk that you buy but your political opinions that you become utterly “useful idiots” for whatever leftist government is in charge. Not only that, but your resentment for anyone better than you has you constantly penalizing successful communities so you can “lift up” people who have no interest or ability to be lifted up. You are nothing but pretense, white niggers, and you destroy everything you touch for your own grand drama.

Many of the worst white niggers are the ones who speak on behalf of their race. Their goal is always to separate white people, and just like their Bolshevik inspiration, to create a hierarchy of people based on allegiance to race. This will replace the natural hierarchy of ability and create an ideology as toxic as liberalism. It is no wonder that these people, like the neurotic leftists, also project onto minorities and Jews, scapegoating them for white failures. They tend to frequently mention other races with scorn, cruelty and hatred, and they drive any sane white people away from their viewpoint. These people are the nigger-hating white niggers who, as many have observed, would most likely be beheaded and cast into large boiling vats marked UNTERMENSCHENFETT from which soap will be made.

My advice for anyone who wants us to have white people in fifty years — assuming that we forgive whites for their reckless individualism, rampant fatuous narcissism and utter ignorance of nature — is to find the 5% of white people who are not insane and egomaniacally individualist, put them in charge, and enslave the rest of the white people. Put them in cabins and make them pick cotton. Whip them when they misbehave, and if they are unable to do the task with minimal efficiency, sell them at a discount and split up their families. Most white people are utterly useless and toxic in their pretense and resentment. It is time to stop pretending that the term “niggers” refers to anyone but these white people, and for all of us who want humanity to have a future, it makes sense to agree these people are too foolish to be in charge of their own lives, to enslave them and remove them from public discourse to eliminate the danger they present.