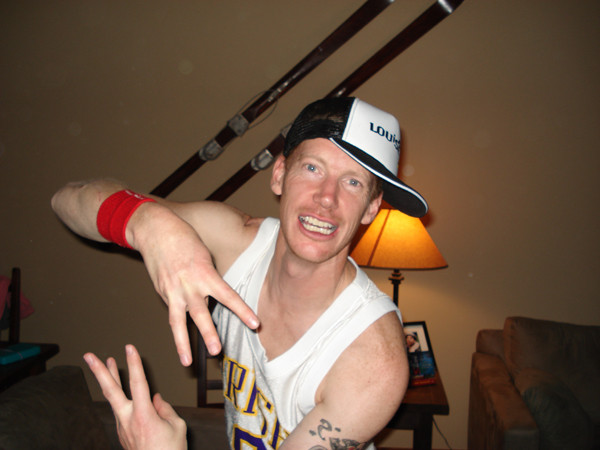 The media foams at the mouth over Rachel Dolezal as we speak. She presented them with a classic paradox by taking mainstream liberal ideology to the extremes. To wit: if race is a social construct, a woman born and raised white can be black, if she identifies with black.

In a wave of great ironies, this comes months after Elizabeth Warren asserted she was part Amerind but then backed away with the help of a compliant media, and after the gory highway crash rubbernecking over Bruce->Caitlyn Jenner, in which he negated all that was hateful about privilege — white, male, virile — by becoming a white female.

And yet the world shrugs because, dear liberals, you cannot have it both ways. If race is a social construct, then people who identify as black are in fact black. If race is not a social construct, then we are all what we are born to be and diversity looks less sunny, and uncomfortable questions are raised about whether Caitlyn is really a Kate and not simply Bruce having left therapy early.

This confusion reveals the heart of the leftist narrative on race which is a deliberate double standard. Race serves as a means to an end of destroying those at the top of society who are naturally smarter, healthier and wealthier. As such, race is used when convenient to take down those at the top — again, the white heterosexual male hunting season is well underway — but ignored when inconvenient. Thus a white male shooting up a school is proof of white degeneracy, but crime by ethnic minorities like Hispanics, Vietnamese and African-Americans is… well… there must be some other explanation.

Few enjoy my explanation, which is that a tribe of people is either victorious or conquered. Diversity ensures that one group will be on top, and every other group will feel conquered. This is the white liberal equivalent of poor Southern whites insisting that blacks were beneath them; the liberal, being craftier and more educated but less anchored to reality, creates inferiority by implication. He invites all in to his diverse nation but then puts himself at top.

In that we see how Rachel Dolezal is the archetypal liberal. Liberals derive their power from ignoring the real problem of civilization decay and offering a surrogate instead through “social justice” which can be addressed by “equality,” a concept not found in nature. The liberal sees herself as part of the hated power structure, but because she refutes it and works to sabotage it, free from blame and thus able to partake in the victim narrative assigned to minority ethnic groups, religions and genders.

Like long-suffering Moms who hit the claret in late afternoon, liberals bond on suffering. It is what makes them different from all that they hate, and heroes to those minorities, so that it is safe to vote liberals into power because they are the good guys after all. Their suffering excuses them of culpability for their success in achieving wealth and power, and they enjoy paying extra taxes as a sacrifice to this self-image.

While Rachel Dolezal may have taken the liberal view of race to the extreme, first she took liberalism to the extreme: you can be powerful, as long as you are “of the people” which means a victim in some way or another. In her case, she celebrated her misfortunes that she thinks placed her on the same level as African-Americans because Dolezal, like all liberals, is still stuck in the superiority-inferiority narrative that liberals claim is responsible for slavery.

An ugly truth of humanity reveals that history is in fact not history, but a series of press releases summarizing what the sponsors of the victors wanted you to think. Those who wished to take over the colonial trade accused the original colonizers of being evil slave-masters, at which point that group withdrew, and the newly corrupt group surged in. Liberals exploit the superiority-inferiority dialogue, forgetting that through most of history hierarchy existed at both vertical and horizontal levels. To nationalists, any other tribe was simply Other and neither superior nor inferior, merely unwanted here, like the more intelligence ancestor of NIMBY.

As liberalism reaches its 226th year of destroying the West, itself a culmination of a millennium of crowdist thought, the cracks in its ancient and scaly skin are beginning to show. Mainly that it depends on rebellion for its logic, and so its “theory” is always an inversion of the functional theory which came before, much as leftists enforce the superiority-inferiority complex on minorities in order to make leftists into victims with an excuse for being wealthy and powerful. Its theories always start with the idea that reality is optional.

This brings us back to Dolezal and Jenner. Rachel can live as a black person all she wants, but as the curtain falls aside, she stands revealed as yet another opportunist — like Elizabeth Warren, Emma Sulkowicz, Hillary Clinton, Al Sharpton and other professional victims — who used victimhood as a cover story to achieve a comfortable life above the rest of us. Jenner can use science to force his body into female form, but he can never have the experience of being a woman, growing up a girl and developing the mind according to those parameters, then going on to being a young bride with a normal life and family ahead of her.

It is all a theory game on the left. Reality is arbitrary because reality is not arbitrary, but preaching its non-existence makes a crowd of unhappy and purposeless people clap their hands and vote or buy. This allows the fantasy to become reality, but only for a few moments, and then the curtain falls away again and we see it is a boring and sad fantasy, with the camera pulling away to reveal the lonely apartments full of empty wine bottles and copies of Mother Jones, resonant with misery that their new jobs as professional victims cannot quite salve.