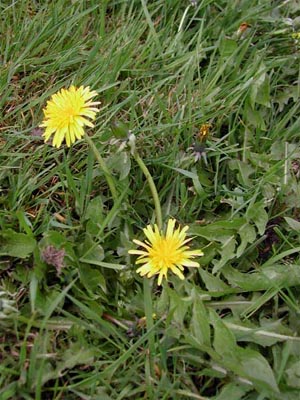 Weeds have their place. They hold the soil together and form part of the natural environment.

Weeds are fine in the wilderness, and in any place unseen and unneeded by mankind.

Nobody minds weeds, as long as they do not get too out of hand, too invasive and too disruptive.

In a civilized environment, weeds get to be a major problem in very little time.

For a while they go unnoticed, but as they live their weed-lives, they procreate and spread, first taking space from cultivated plants, then becoming noticeable enough to endanger their own survival.

The keepers of the civilized realm become aware of these weeds, and still try to ignore them, because to remove them at this point would require an enormous effort.

â€œThey have as much right to live as we doâ€, they say, â€œand besides, it is natural that they should be hereâ€.

And so the weeds continue to do what weeds do, and start to take over everything, rendering it useless to the civilized realm. Indeed, transforming the civilized realm into an uncivilized one. They vie with each other for every scrap of sunlight and nutrition, until a balanced wasteland prevails, unable to support either new weeds, nor anything else.

Finally the keepers of the realm must declare all-out war on the weeds.

Every weed is exterminated, at enormous cost of energy, and all their offspring, until there is no further sign of them.

Had the poor weeds had the wit to control themselves, and remember that they were only weeds, they might have lived pleasant lives and long. Nobody would have minded. But weeds, by their nature, can not do that. Lacking self-control, or any kind of perspective, they can only live until they become too noticeable. Then it is all over, not just for some, but for all.

The lowly have their place. Keeping it requires being mindful of that lowliness.