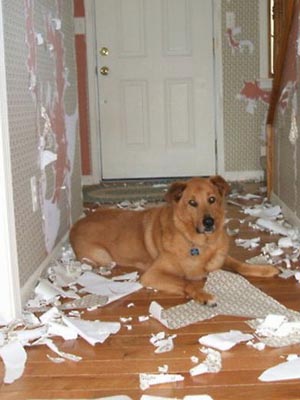 When religious leaders took the knowledge of the sacred from the few and gave it to the many, they needed to make it simpler and catchier.

Like a pop song. Or junk food. Even a sound bite.

In this new language, “do right by the order of the universe” became “there is right and wrong, and as long as you do right, you’re good.”

At this point, reality fragmented. The old way of thinking was practical: what achieves the best result.

The new way of thinking was moralist: what conforms to the moral code of right.

The moral way made a great underpinning for business and socialization. You could control people with it; if you don’t do what I say, you will be considered bad. You could also use it to reign in bad guys, by pointing out to others, “Look, this guy’s doing bad things!”

But it had its dark side.

Like all things based on method or appearance, it was prone to manipulation. A truly bad guy will always hide his bad deeds because he knows they are bad and intends to do them. A good guy may have a few screwups, and in the face of a crowd, he will look more “bad” than the sociopath who runs around hiding his mistakes.

Now we live in a time that is exclusively moralist.

Race alone doesn’t predict or explain behavior. Just because this mob was young and black hardly means that all young, black people in groups are a violent mob. Knowing the race of these attackers is no form of protection.

And yet race is an aspect of what happened Saturday night.

It’s a piece of the story simply because we notice. Young men from poor black neighborhoods create mayhem in a wealthy, predominantly white, touristed neighborhood? In the image capital of this historically segregated city? Of course we notice. By “we,” I mean everybody.

So, yes, the attackers were black. We notice. But how to measure the relevance of the fact?

As my friend pointed out, recalling the words of the African-American writer Toni Morrison, “Once we know the race, what else do we know?”

The answer? Not as much as any single word â€” black, white, other â€” may make us think we do. – Chicago Tribune

When two or more ethnic groups occupy the same nation, they compete for resources and thus distrust each other. Their interests conflict. Thus whenever there is a crime, each group blames the other. While many will point out how many more crimes African-Americans commit, very few will note that the victims of most of these crimes are African-American. We cannot use this data to slander African-Americans, but we can and should use it to question whether “diversity” is working for anyone, white or black.

Morality is a healthy thing. It is a form of ethics. In its simplest level, its motto is do no unnecessary harm. At a more complex level, we talk about the order of the universe, natural law, and a cosmic balance. Morality can be based in religion, or in secular humanism, where we desire social prestige for doing the right thing.

Moralism is another problem. It replaces a sane, balanced worldview with an exclusively moral worldview. Where morality is a guide for our behaviors when practicality is not needed, moralism replaces practicality entirely. Even more, it instills a mental outlook that forces us to see the world through a moral lens.

Were the kids black? We “should” know — or we “should” ignore it? These are questions unrelated to reality. To me the question is, “How do we set up our society to avoid as most of the bad and have as much of the good as possible?” And in that there are a series of answers that moralism cannot address them, so like a virgin whore in denial, it fights back kicking and screaming.