by Jonathan Peter Wilkinson on October 1, 2018 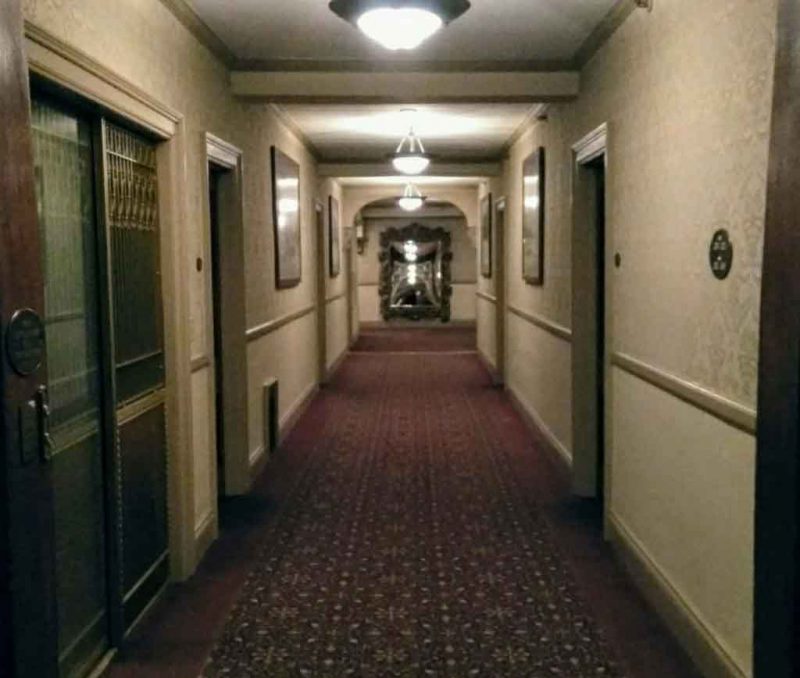 You ¡WILL! comply. If you don’t, then you will be locked up. Not because we’re evil or anything. It’s because we care. You’re not going to the can. You’ll get Treatment instead from the Central Scrutinizer’s designated Headshrinker.

The vicars for priests, acting on behalf of Cdl. Cupich, confronted Kalchik just as he was leaving to say 6 p.m. Mass, asking to meet with him privately. Kalchik refused to meet alone, instead gathering parishioners to be witnesses to the exchange.  Lyle and Thomas made clear they were there on order of Cdl. Cupich, who insisted that Kalchik be sent to St. Luke Institute for his “psychiatric issues.” Both vicars for priests had also only days before threatened that Kalchik could have his faculties removed if he failed to comply with Cupich’s orders. The orders came after parishioners burned a rainbow flag that once hung in the sanctuary back when Resurrection parish was designated Chicago’s “gay” parish.

And it isn’t just in the United States. It seems their were issues with Marine Le Pen’s Twitter Account. Amazingly, someone else’s butthurt worthy of an ER visit was deemed to be Marine Le Pen’s problem. So much so that she would have to submit to a psychiatric evaluation. It’s for her own good you know.

A French court ordered Marine Le Pen to submit to a psychiatric evaluation as part of its investigation into her decision to post images of Islamic State executions on Twitter, the far right leader said on Thursday and denounced the order. The investigation is one of a series that have distracted Le Pen’s National Rally, formerly known as the National Front, as it seeks to rebuild after her loss to President Emmanuel Macron in the second round of an election last year. The investigation relates to three graphic images of Islamic State executions Le Pen posted on Twitter in 2015, including the beheading of American journalist James Foley.

Having just knocked back another Victory Gin, I can see how much Big Brother loves me. If I commit thoughtcrime, they don’t hate me. They put me on the treatment track. Solzhenitsyn and other Soviet dissidents described how much Uncle Joe Stalin and other Soviet Premiers used to care about dissident thinkers in the USSR.

The political abuse of psychiatry in the Soviet Union originated from the concept that persons who opposed the Soviet regime were mentally ill because there was no other logical explanation why one would oppose the best sociopolitical system in the world. The diagnosis “sluggish schizophrenia,” an old concept further developed by the Moscow School of Psychiatry and in particular by its leader Prof Andrei Snezhnevsky, provided a very handy framework to explain this behavior. According to the theories of Snezhnevsky and his colleagues, schizophrenia was much more prevalent than previously thought because the illness could be present with relatively mild symptoms and only progress later. As a result, schizophrenia was diagnosed much more frequently in Moscow than in other countries in the World Health Organization Pilot Study on Schizophrenia reported in 1973. And, in particular, sluggish schizophrenia broadened the scope because according to Snezhnevsky and his colleagues patients with this diagnosis were able to function almost normally in the social sense. Their symptoms could resemble those of a neurosis or could take on a paranoid quality. The patient with paranoid symptoms retained some insight in his condition but overvalued his own importance and might exhibit grandiose ideas of reforming society. Thus, symptoms of sluggish schizophrenia could be “reform delusions,” “struggle for the truth,” and “perseverance.”

As Amerika and France become more progressive and their religious institutions become more understanding, you would have to be increasingly unstable, paranoid and just flat-out nuts not to want all that progress. You couldn’t have wonderful leaders like Alexandra Ocasio-Cortez or Shiela Jackson-Lee without all the happy diversity. Just what sort of nut could ever possibly join a Dissident Right that opposes the modern glories of pure Socialist thought?

The Chinese are on the forefront of deep and penetrating psychological insight. It’s just amazing how much free healthcare gets made available to dissident thinkers by the glorious People’s Republic.

To summarize briefly the above data, during the period 1980-97, twelve hospitals in China performed almost 8,000 forensic psychiatric appraisals, or an average number of 670 per hospital. Applying the average “political case” rate of 15 percent for this general period to the latter figure, one obtains a total figure of 1,200 “political cases,” of whom approximately 90 percent (or 1,080) would have been found legally non-imputable by reason of insanity for their alleged crimes and hence (in most or all cases) sent to forensic custody (the remainder would almost certainly have been sent to prison as “counterrevolutionaries”).

So about sixty people a year with a bone to pick with the glories of Maoist Philosophy are sent away to a better place by fine, young Socialist Pioneers in clean white coats. They get to take free happy vitamins provided for the people. Smack yourself in the forehead and admit to your ineluctable idiocy if you think Amerika won’t move towards adopted these humane and kind practices to better harmonize the thoughts of mentally disturbed provocateurs. More responsible social thought is only one or two pharmaceutical breakthroughs away. The Left in Amerika loves you so much that they will take you to a safe place where one day they will make you care.

Protecting Your Son From #MeToo | What will be the consequences of changing demography for America?