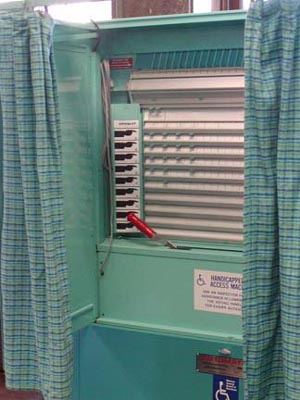 The primary goal of the left is equality; the only method possible is (a) subsidizing the lower and (b) penalizing the higher. This usually involves a “Robin Hood” method: take from those who have more and give to those who have less.

We can call this class warfare, wealth redistribution, theft or even just “socialism.” It doesn’t matter; it’s the same thing in all cases, if slightly masked by a small variation in degree. The point is that your society switches from having outward goals to having inward ones, and thus becomes narcissistic.

It also loses its competitive edge, obviously, since why work if the free checks keep rolling in? Until your collapse moment, all will be fine, and thanks to the Dunning-Kruger effect and procrastination/denial, very few people will even pay attention to that possibility until it arrives.

Right now, our world is experiencing the joy of wealth transfer from the industrialized west to the developing world. This was the idea that underscored all “carbon caps” and the related trading of the same. It is also the idea behind all aid, and globalism itself.

“One world” means one economy, subsidized to benefit those on the bottom, which makes one giant happy pool of voters who are against anything which is inconvenient for commerce or government.

A failure of economic strategy and leadership lies behind the near simultaneous collapse of market confidence in the eurozone and US economies. No need to blame the rating agencies: governments in Europe and America have been unable to cope with the realities of global capital markets and competition from Asia â€“ and deserve the lionâ€™s share of the blame.

Iâ€™ve watched dozens of financial crises up close, and know that success means showing the public a way out that is bold, technically sound and built on social values. Transatlantic leadership is falling short on all counts. Neither the US nor Europe has even properly diagnosed the core problem, namely that both regions are being whipsawed by globalisation.

Jobs for low-skilled workers in manufacturing, and new investments in large swaths of industry, have been lost to international competition. Employment in the US and Europe during the 2000s was held up only by housing construction stoked by low interest rates and reckless deregulation â€“ until the construction bubble collapsed. The path to recovery now lies not in a new housing bubble, but in upgraded skills, increased exports and public investments in infrastructure and low-carbon energy. Instead, the US and Europe have veered between dead-end, consumption-oriented stimulus packages and austerity without a vision for investment. – Financial Times

Many people, looking at the riots in the UK and USA, want to blame the rich. They talk about “banksters” and other nonsense jargon that seems to make the proles get warm happy feelings. The truth is that the people voted for leftist politicians, and those then transferred wealth overseas.

This hits the poor first because why hire a 98 IQ point worker here in the US or UK, with all of the taxes and rights and ensuing drama that those have, when you can outsource that work to a third world country? No perks, no bennies, no lawsuits — just solid labor for $1/day. Even at $50/day it’s cheaper.

Our forefathers had the wisdom to embrace what open markets do well, which is react quickly to problems and over time, punish the low performers and reward the high performers. They did this by restricting commerce so that it did not take over, by implementing a social hierarchy.

The liberal reformers tore down this hierarchy, proclaimed themselves anti-business, and then realized that if they stopped the flow of food and consumer goods, they’be be out of jobs. Suddenly the anti-business parties were OK with business, and it took over with new strength.

But mainly the problem is the voters. Show them starving people, and they send money or demand immigration let those people in. Show them an ethnically homogenous nation, and they vote for whoever will destroy it. Whatever they see they try to control, then forget about it and wander off to the Xbox.

Look at the state of the economy from anywhere in America or Europe these days and all is gloomy: Governments deep in debt. Consumers reluctant to spend. Businesses afraid to hire.

But gaze out from the vantage of some of the world’s emerging economies and the picture gets brighter. Although few will pretend that their fates are immune to the ripples of a globalized economy, new players such as China, Brazil and India see their rising prosperity as less dependent on the credit cards of Western consumers. Their governments are also less burdened by debt, and they retain confidence that better days lie ahead.

Globalization means that people and economies are connected more than ever, but it doesn’t necessarily mean that everyone swims or sinks together. – L.A. Times

All of those nice liberal programs sound like they are pleasant options. Vote for them, and life continues normally, but with more “diversity” and “compassion.” Best of all, you now have something you know that others don’t — you’re a unique little snowflake who opted for morality over commerce.

Except in fact, you were unleashing the wolves of commerce by destroying social standards. Oops.

Now the people who pay are the people who once cleaned your homes, built your cars, and cooked your food. Your society had enough people, and a healthy economy. You exported the economy, and imported more people with more needs and different standards. That’s globalism in its purest form.

Now you see that there was actually a consequence for those actions. Now you see. But you did not at the voting booth.