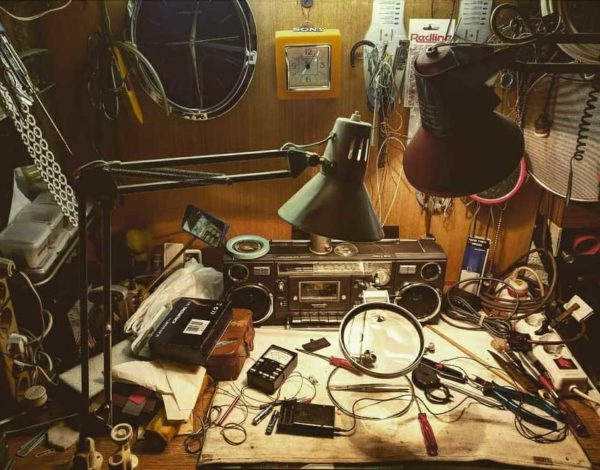 The future of the West depends on whether it chooses We or Us.

We consists of the implied agreement of the group with the individual as in, “We can solve poverty by raising the tax rate and paying the poor to stay in hotels.”

The Lone Ranger and Tonto get surrounded by hundreds of armed Indians.

The Lone Ranger says, “It looks like we’ve had it this time, Tonto.”

We — a group — must act together, or we all will fall, so we — individuals — must do whatever placates everyone else. This serves their individualism because it gives them veto power. Any individual can say, “Only I decide for myself what is true or right,” and the group breaks apart. Out of fear of this, it becomes enslaved to the lowest common denominator.

For this reason, We is an unstable group, with the inversion of leadership. Instead of a leader who shows the way, the leader must poll the group to see if anyone has a negative opinion on the proposed action, and then back off if so, because if that opinion spreads — like a rumor, infection, or market panic — then the group will unravel and turn on the leader.

Modern people are used to describing policy this way. The news is full of what We should do. We need to band together to fight endless wars: the war on poverty, the war on drugs, the battle against drunk driving, the fight against cancer, the crusade against online hatred, and of course, the revolutions which overthrow kings and other powers so that We The People can rule.

The use of “We” conveys a sense of inclusion in the group, which keeps us from seeing this as what it is, which is an attempt to use the money of other members of the group to further our own interests. Once we create the sense of false union through the use of “We,” it seems only fair that we share in what others have produced to accomplish these goals that all of We agree on.

In contrast, Us refers to a sense of what we as individuals are working toward that binds us to others. There is no sense of inclusion because it is not based on boundaries or enforcement, but on shared understanding and appreciation. Us is the essence of civilization: people collaborating because of mutual benefit and more importantly, the glory of doing something great and meaningful.

With Us, individuals see that they share an identity — a story of why they are here, what is “good” that they should do in order to have meaningful lives, and why they have a unique and necessary role in the world — and want to nurture the source of their strength, which is their civilization. Civilization is more than society; it is a shared mission, values, and heritage.

Only with the advent of Us do we escape a society controlled by material reward. Such societies attract cruel manipulators because there is no mission other than the pocketbook, so he who steals/sells/cheats/entertains the most, wins. Voters — who are easily manipulated through their greed — always appoint manipulative actors instead of heroes.

This is how democracy really works its horrors. It is not enough that it is incompetent; as Plato noted, its worst effect is that it changes the people under it. They become narcissistic, flighty, and lost in a maze of themselves. Voters are changed by voting, and this is why we always get horrible leaders, even when we go in with the best of intentions.

Us is a transcendent concept. That is, it both explains our reality as being good despite its scary parts, and gives us a vision of purpose — goodness, beauty, and truth — that is specific to us and therefore escapes being inverted by making it accessible to everyone. Accessibility requires simplifying each time we find anyone who does not understand, and meaning is destroyed.

Transcendent concepts can be used to unite a civilization instead of relying on a single big theory to make everything work. Single big theories are methods of motivation, and invariably rely on the concepts of We instead of Us. That is, they work by appealing to everyone everywhere, and therefore in utilitarian simplicity, becoming popular; this is how they motivate masses of careless people.

This proves important when a society considers the question of ownership. Anything not owned by someone will be exploited by a herd of people who come in, take what they can, and leave a wasteland. This is as inherent to humanity as the possibility of growing too fast and choking all life is to algae; dead ponds are what happen when there is not a balancing force to restrain the algae.

That idea, advanced by Garrett Hardin, shows us that the eternal problem of humanity is growth without structure. Unless we create a hierarchy not so much of power but of duty, everything will be worn down by a crowd, leaving the world trash-strewn and trampled into mud like a field after a weekend carnival.

A natural hierarchy exists among people based on levels of intelligence, with the higher levels understanding more of any given task at hand than the levels below them. If the higher levels do not rule over the lower, data is lost and perception limited, which causes poor decision-making.

A transcendent order like Us can embrace truths like the above and convert them into positives: those who are working together can naturally promote the most competent so that all benefit, and those then have a stewardship role toward those below them who are contributing, and a curator role to the organization, its culture, its knowledge, and its values.

Us can create an order like that. We — the notion of removing hierarchy so that no one is lowered in social status for incompetence or bad behavior — cannot, because that violates its principle of roping everyone together based on what they, as individuals, desire or want to do.

We is the opposite of Us.

Our society is divided against itself because it went with “we.” An emphasis on the rights of individuals destroys the right to have a civilization or shared values, and so societies in pursuit of We always break up. A feedback loop appears: the more individuals are encouraged to pursue their desires, the farther those desires get from reality, and soon internal conflict disintegrates the society.

A civilization can form when people are united toward a goal. This naturally suppresses the raw human instinct toward individualism and its group form, often called “collectivism.” When the focus is on external reality as interpreted through a principle, people discipline their inner selves to be realistic. When it is on people, they fall into an abyss of navel-gazing and over-indulgence.

Individualism means “me first.” Collectivism is “me first” using the power of the herd, because that is both effective and reduces the risk for the individual. This group individualism demands that we always look toward raising up the minorities, the self-styled exceptions, and the underdog in the hierarchy order to prove our allegiance to the herd.

This shows us the fundamental divide in thinking: people are either reality-oriented or socially-oriented. The latter depends on everyone in the room feeling good about something for it to be true; the former depends on figuring out whether a “true” idea actually depicts reality in any accurate way.

Socially-oriented thinking unites individual to group on the basis of individualism, or the pursuit of individual desires. This is separate from self-interest, as animals experience, because human desires often do not reflect needs, but a desire to succeed socially in questions of degree; in other words, to climb the hierarchy.

However, this thinking also negates the individual because it makes them obligated to the group in order to receive the mental reinforcement that they need in order to feel good about themselves. This creates an unhealthy dependency in which the raging desire for satisfaction of desire is inextricably bonded to the need for approval, making the individual addicted to the group.

Self-interest is inherent to human beings; civilization is the process of disciplining it so that it rewards the best instead of the lowest common denominator. The only successful way to do this is the traditional or ancient way, which is to have institutions which are not oppositional, but working in parallel, because they are united on cooperation toward a goal.

Humanity faces an interesting age. We survived the threat of nuclear warfare, and despite the North Korea drama, it is unlikely to return in the form that threatened all life on Earth. Now, we are faced with a bigger enemy: our tendency to become a raging herd out of control that then creates oppressive, self-destroying societies because of its instability.

Across the globe, human societies are failing. Vital institutions are being replaced by inferior bureaucratic substitutes. They are just too many people, each with their own needs and visions that are tangential at best to any idea of improvement of our society, which is like “progress” without the notion of Utopia; improvement is merely taking what is, and making it more competent.

As all of these degraded institutions fail at once, and all of our policies also fail, people are turning on the root of those policies, which is the notion of individualism as a viable method for assembling a human society. The Age of Ideology — probably the last thousand years — championed the individual; the future celebrates the organic whole, and having a sense of purpose.

In that calculus, we are transitioning from “We” to “Us.” It may be a rocky road, but at the end, we will be saner and healthier for it.

A Better 2018, Part I: Why You Are More Likely To Meet Better People At The Gym | Sexual Compulsion and The Death of Empires